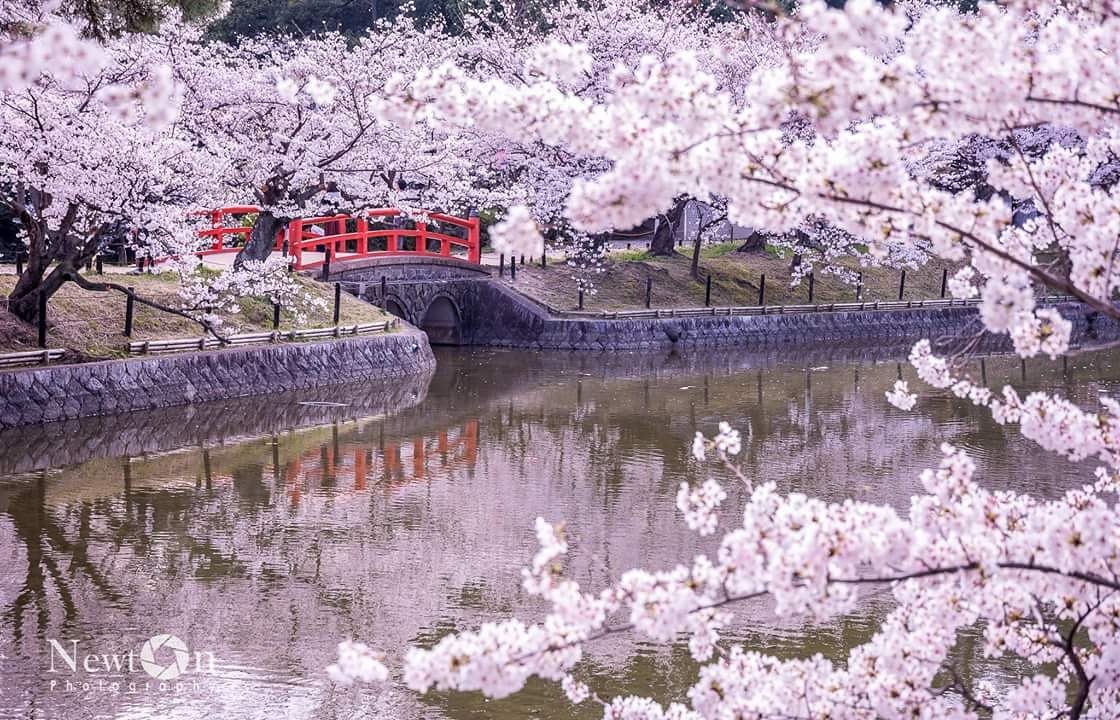 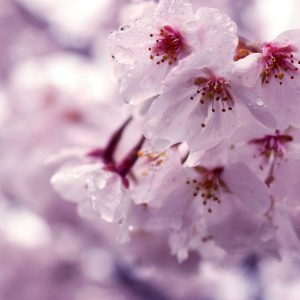 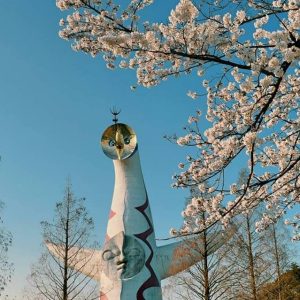 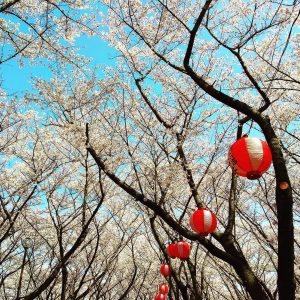 Despite the blistering cold at this time of year in Tokyo, the Japan Meteorological News Agency has released its prediction of the 2019 schedule for cherry blossoms. This comes just as blooming started on January 25 for Okinawa’s own special variety of cherry blossoms, the characteristically darker Hikan Sakura.

This year as in 2018, the sakura are predicted to bloom earlier than usual, with cherry blossoms forecast in Tokyo starting March 24 and reaching full bloom by March 31.

The forecast focuses on the Somei Yoshino variety of cherry, the white flower with the pale pink hue, which is famous for its almost snow-like quality when the petals flutter in the wind. (RELATED ARTICLE: A Walk Through Tokyo Cemeteries Under the Somei Yoshino Cherry Blossoms) 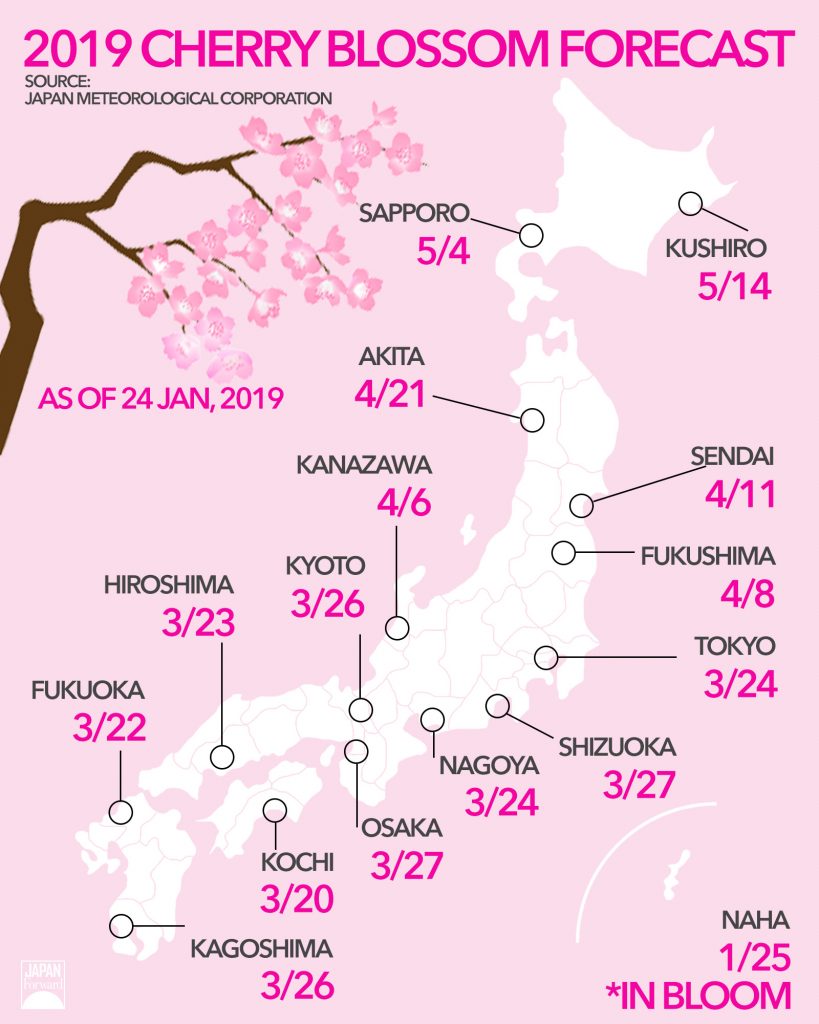 The Meteorological Agency data covers more than 1,000 locations, from the southwestern parts of Japan all the way to the northern reaches of Hokkaido. An updated guide was also released on January 24, including information about when the flowers will reach full bloom.

Sakura trees blossom roughly from the southwest to the northeast of Japan, with a few exceptions. One of those is Tokyo, which blooms slightly earlier than the rest of the surrounding region.

In terms of major cities, the first place predicted to bloom is Koichi in Fukuoka prefecture starting March 20, followed by the Fukuoka City area on March 22.

The next area predicted to bloom is Western Honshu around the city of Hiroshima on March 23. This is followed by the Central Region city of Nagoya and a little further north in the capital Tokyo in the Kanto region, both predicted to have cherry blossoms starting on March 24.

Following Kanto, the cradle of Japanese history and culture, Kansai, follows closely behind, with top locations in the cities of Wakayama, Kyoto, and Osaka forecast to have cherry blossoms between March 25 and 27.

In the first few weeks of April, the blossoms move further north to the historically fascinating Kanazawa and Nagano areas, reaching even Sendai in the Tohoku region by April 11.

Finally, we have the very northern part of the main island — Aomori in the Tohoku region — which is famous for the Hirosaki cherry blossom festival. Hokkaido is the last region on the forecast, finishing off the cherry blossom season the first few days of May.

As in other years, people are already getting excited about the impending cherry blossom season. Also called o-hanami (literally, flower viewing), this time of year is a particularly magical moment in the seasonal calendar of Japan as nearly everyone takes the time to appreciate the beautiful blooms.

Because the period itself is so short and fleeting, with full bloom only lasting for a couple of days, it’s a dreamy spectacle which people of all ages look forward to every year.

Quite apart from the flower viewing itself, the anticipation, the sakura-related food and memorabilia, the countdown, the fact that it becomes news on television and the web fill the atmosphere with an infectious excitement.

JAPAN Forward has created a list of suggested sakura viewing sites, where both visitors and locals can partake in the viewing, commonly known as o-hanami, of this iconic symbol of spring. We will publish these guides in installments as the season approaches, as we also update this page with new forecasts made throughout the cherry blossom season. So, please check back when planning your travels!