80 Years After Pearl Harbor, Finding History through Their Voices 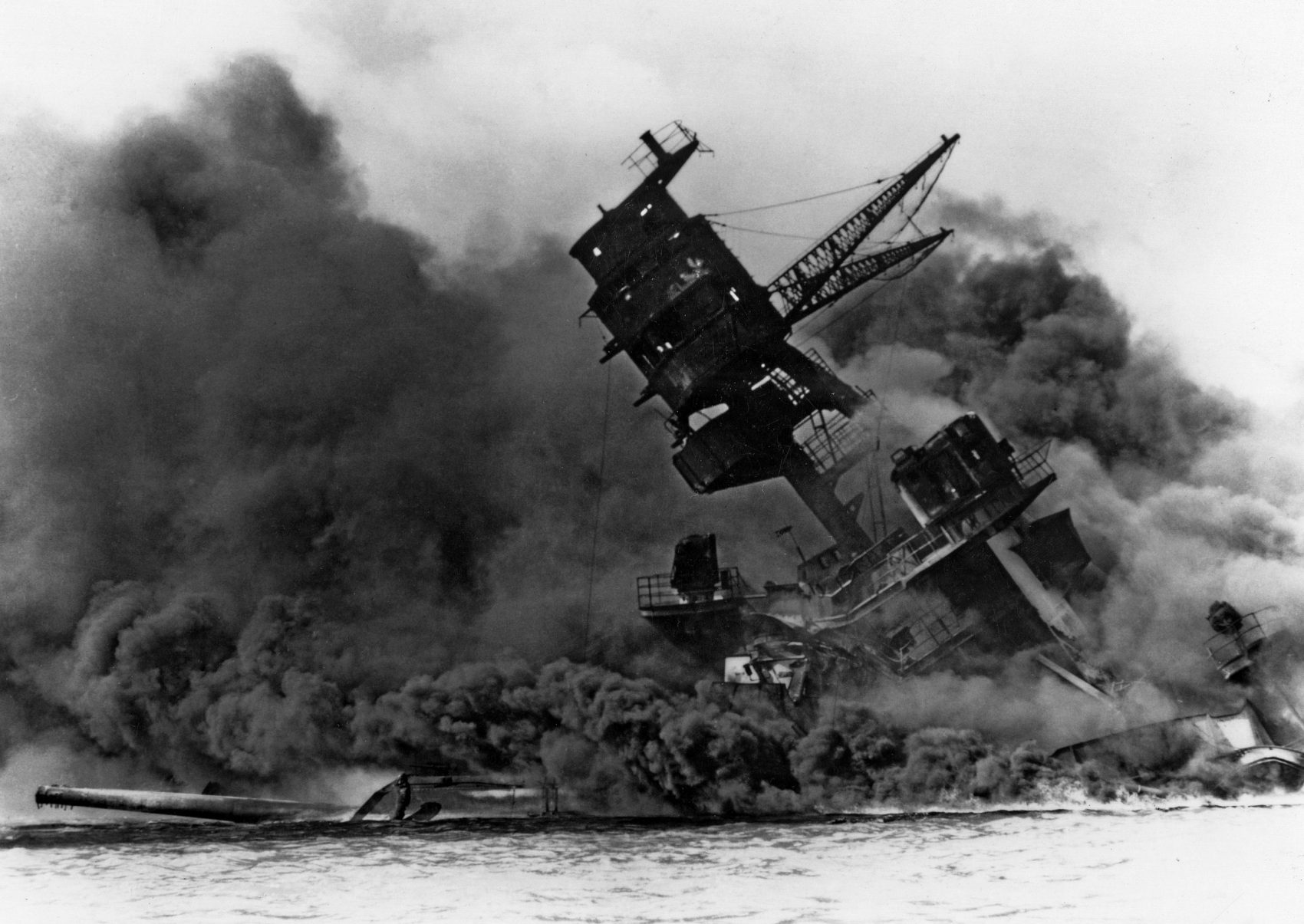 Japanese bombers used armor piercing projectiles to sink the USS Arizona and other ships in Pearl Harbor on December 7, 1941.

December 8, 2021 brought the 80th anniversary of the attack on Pearl Harbor in 1941, the starting point of the Japan-US war. Why did the operation go ahead despite major doubts about its success, and what lessons should be drawn from it?

We asked Kazushige Todaka, the 73-year-old director of the Yamato Museum and a leading researcher on Japanese naval history. We wanted to know how war research has been conducted thus far, and how research should be conducted henceforth, in an age when contemporary witnesses can no longer be interviewed.

Mr. Todaka’s analysis and comments from the interview follow:

In 1941, an Imperial Japanese Navy task force consisting of six aircraft carriers and the Imperial Navy Air Service made a surprise attack on Pearl Harbor in Hawaii, the home base of the US Pacific Fleet. The operation culminated in a major military achievement for Japan, which included the sinking of four US battleships.

Mr. Todaka explained:, “This is a key event that started the war, so it has been researched by both Japan and the US since the midst of the war. Major works have been written on the subject as well, such as Tora! Tora! Tora! (Reader’s Digest Association, 1963)  by postwar American historian Gordon Prange.”

Although “ninety percent of the overall picture was clear from a relatively early stage,” Mr. Todaka pointed out, “the focus of research has been on the question of why the operation was authorized in the first place, rather than on the operation itself.”

Japan’s long-distance invasion of Hawaii, located in the central Pacific Ocean, took the United States by surprise. Since the end of the Meiji era (1868-1912), the Imperial Japanese Navy had been preparing its forces on the premise that it would intercept a US fleet in Japanese waters in the event of a Japan-US war.

The Japanese fleet that sailed to Pearl Harbor was stretched to its limit, carrying a large number of fuel drums in addition to fuel for each ship.

Although Japanese military commanders in charge of naval operations vehemently opposed this dangerous operation, Isoroku Yamamoto, the commander-in-chief of the combined fleet, put his job on the line and insisted on going through with it. But Mr. Todaka expresses doubt about how serious his intentions were.

“Yamamoto was originally opposed to starting a Japan-US war, but he couldn’t oppose the operation based on the reason that Japan would lose — a flaw of a military man. This is only speculation because we don’t have documented data, but I think Yamamoto tried to make Japan give up on a war with the United States by suggesting something as infeasible as an attack on Pearl Harbor.”

In the end, however, the military commanders relented and decided to carry out the operation — a decision making problem that can still be seen in Japanese organizations today, according to Mr. Todaka.

“First, Yamamoto’s weakness prevented him from clearly saying “No.”

Second, the military commanders were largely responsible for letting themselves be influenced by Yamamoto’s insistence, and for allowing him to go ahead with his plan. The fact is that both the top naval commanders and the leaders out in the field did not honestly express their true intentions, so the decision was made in ambiguity.”

With the United States caught completely off guard and not expecting the Japanese fleet to reach Hawaii, the operation ended in a major military success.

However, Mr. Todaka says, “The worst thing that happened afterward was that Japan used its task force haphazardly by assuming that sending out a task force would guarantee victory. This led to sloppy operations.

“It’s no exaggeration to say that the success of Pearl Harbor led to Japan’s crushing defeat at the Battle of Midway six months later.”

Recapturing the History of the War Era

Seventy-six years have passed since the end of the war, and soon it will be impossible to interview war veterans.

Describing the future of war research, Mr. Todaka said, “Although we won’t be able to obtain new testimonies, we also won’t be hindered by the lies of those who were involved. We will be able to calmly reflect on the war as a historical event. It won’t be all bad.”

Describing the materials and questions that lie ahead, he said: “Conducting a thorough literature review as a study of history is a given, but we must also establish a method of handling video and audio materials as historical records.

“For example, there are many tape recordings of post-war meetings held by former military personnel, but the identities of the speakers have been lost. Research is also needed to accumulate data and conduct voice print analysis to identify the speakers.”

Born in Miyazaki Prefecture in 1948, Kazushige Todaka served as the director of the Historical Records Research Foundation and the head of the Library and Information Department of the National Showa Memorial Museum before assuming his current position with the Yamato Museum in 2005. In 2019, he was awarded the Kikuchi Kan Prize for compiling all 11 volumes of Testimonies from the Navy Review Meetings (PHP Publishing, 2009-2018). He also authored Japanese Naval War History (Kadokawa Publishing Co., July 2021).

(Read the Sankei Shimbun interview article in Japanese at this link.)