A Decade After Fukushima Daiichi Tragedy: Stop the Rumors, Listen to Scientists 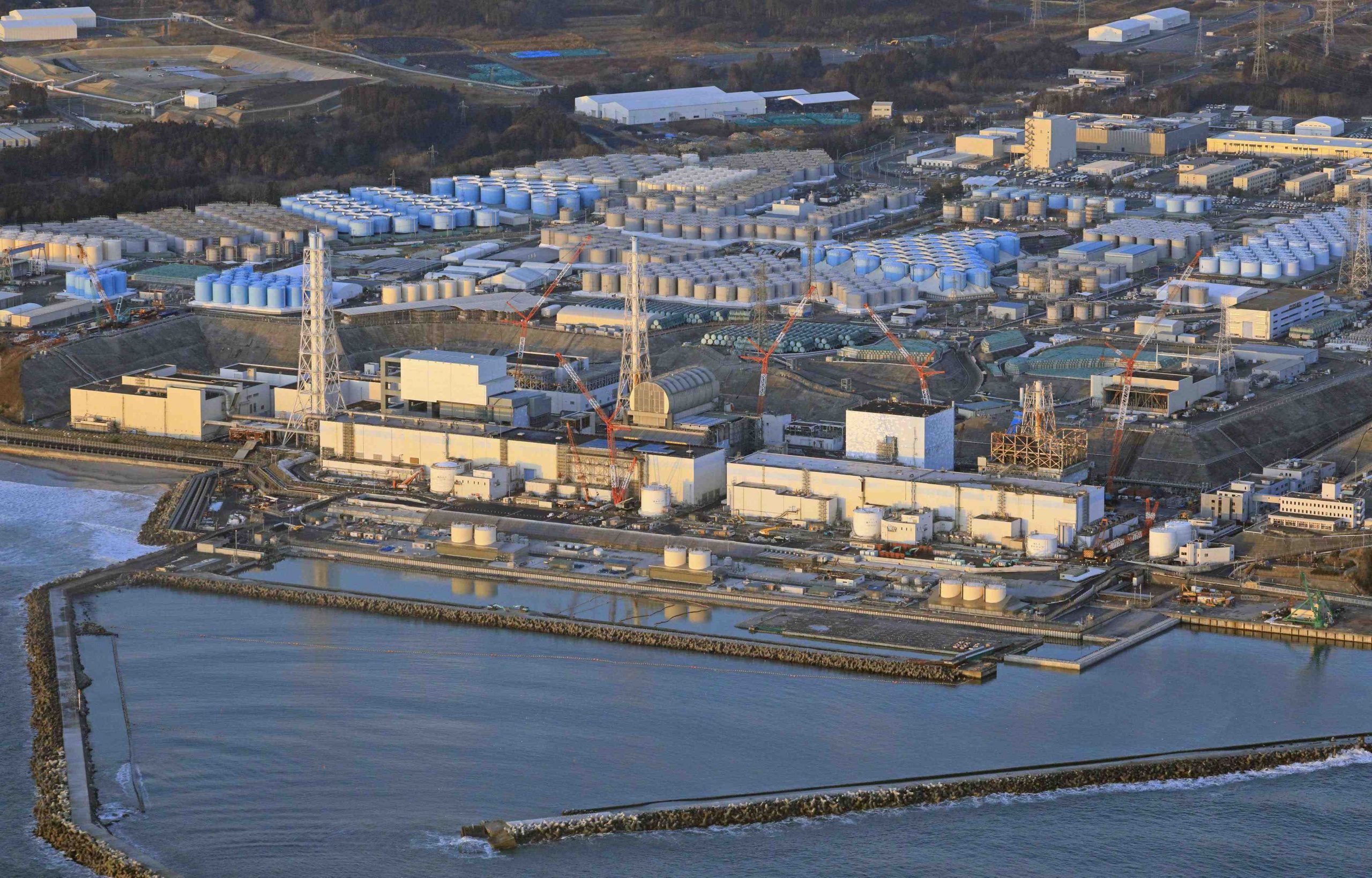 Fukushima Daiichi nuclear plant, which was engulfed by the 2011 tsunami, causing a nuclear accident.

This Seiron column joins a series of articles marking the 10th anniversary of the Great East Japan Earthquake. What happened on the fateful March 11, 2011? What has happened since then? What does the future hold? Here we share the thoughts of people from many walks of life about this unforgettable tragedy.

It has been 10 years since the Great East Japan Earthquake and Tsunami took many lives and robbed the survivors of their hopes and dreams. Although some people say “it seems like just yesterday,” others say “it feels like it took place oh so long ago.”

But, even now, especially in the three prefectures of Tohoku facing the Pacific Ocean, you still have many opportunities to hear vivid comments like the following:

I have to believe that I was saved by chance.

If someone hadn’t shouted “Run!” that day, I would no longer be in this world.

Since March 11, 2011, that fateful day that will remain etched in Japanese history, I have been concentrating my efforts on monitoring events concerning Fukushima Prefecture and in particular the Fukushima Daiichi (No. 1) Power Plant. That is no doubt one of the reasons I wrote the book Shi no Fuchi o Mita Otoko: Yoshida Masao to Fukushima Daiichi Genpatsu no 500 Nichi that was published in 2012, just a year after the disasters. (The book has been translated into English under the title On the Brink: The Inside Story of Fukushima Daiichi, Kurodahan Press, 2019).

At that point the mass media had already ignored the story of the Japanese who had struggled to cope with one of the rare nuclear accidents in Japan, and instead had begun putting all the blame on nuclear power plants and criticizing the Tokyo Electric Power Co. (TEPCO).

Believing that it was essential to leave an accurate record of the historical facts about the disaster for posterity, I spent a year and four months persuading Masao Yoshida, the operations chief at Fukushima Daiichi Power Plant at the time of the disaster, to cooperate, and then interviewing many of the plant operators who took part in the heroic struggle that unfolded there.

During the course of my research, I learned that nearly all the operators working at the power plant were natives of the Hamadori coastal area of eastern Fukushima Prefecture. They had grown up there and attended a local technical high school.

‘We must fight on’

I still remain in awe of how members of this small group of workers (dubbed the “Fukushima 50”) repeatedly exposed themselves to immense danger by entering the heavily contaminated nuclear reactor building. I was especially impressed by a comment of one of the operators who had successfully vented the Daiichi Reactor when he said, “If we hadn’t stopped the nuclear reactor from running out of control, we would have died along with our families.”

His comment made it clear that if the nuclear reactor had exploded, even if they had already evacuated a 5- or 10-kilometer perimeter around the power plant, all family members would have lost their lives. It was only after hearing such on-the-spot testimony that I finally realized the danger that all of East Japan had faced from a “Devil’s chain reaction” if the nuclear reactor exploded.

These few workers had carried on their shoulders the weight of responsibility not just for the fate of their families, but the fate of all Japan, as they struggled not only with the “accident” itself, but also from interference with their onsite efforts by the Prime Minister’s Office and TEPCO headquarters.

As we reach the 10th anniversary of the Fukushima disasters, individuals who were working as power plant operators at the time cannot help but be overcome by a myriad of recollections from those trying days.

One former operator said: “The conditions within the premises of the power plant have changed tremendously. That’s true of course in terms of the radioactive dosage levels, but also the work environment provided. Looking back at those days when we would wake up on the bare floor of the earthquake-proof building to find we had to make it through the day with only dry bread and one liter of water for every two of us to share seems just like a bad dream.”

If you talk to people in Fukushima these days, one and all they will tell you that what bothers them most is the damage being inflicted on them by unfounded rumors. Although every Saturday morning the local newspaper Fukushima Minyu Shimbun publishes radiation levels for 259 locations throughout the prefecture that regularly show levels lower than the national standards, media reports continue to fuel unease among the general public.

The issue of the disposal of radioactive elements like tritium is a case in point. After contaminated water has been treated to reduce the level of radioactive materials to the lowest possible level, it undergoes further treatment with the ALPS (advanced liquid processing) system before being stored in special tanks. However, as yet this waste water can still not be released into the ocean after being diluted with seawater to meet international standards.

Tritium, which is an isotope of hydrogen, can already be found in river water, rainwater and tap water, and in fact different countries have their own regulations for the discharge of this substance into the ocean and the atmosphere.

Be that as it may, the Japan Communist Party (JCP) opposes such discharge, and party workers have become leaders of “citizen’s groups” seeking to spread the opposition movement. For example, the October 19, 2020, issue of the Asahi Shimbun carried an article on this protest movement, describing it as a “citizen’s group” opposed to the discharge of the stored water into the ocean.

It describes around 10 protestors holding up placards with slogans like “Don’t Release Contaminated Water into the Ocean.” But no mention whatsoever is made that those who are protesting against the discharge into the ocean are JCP members.

Yet the impact of a report on less than a dozen street corner protestors in the national media should not be underestimated.

According to a local journalist, “Nobody anywhere can write that the JCP is behind all this.”

He noted that the towns of Okuma and Futaba in Fukushima Prefecture have asked the national government to decide on the tritium processing method as soon as possible, but it has not moved forward, adding, “Rumors are still besting scientific understanding.”

Even though 10 years have passed since the crisis, political activists and the media continue to nurture a psychology of anxiety.

A Friend in Need is a Friend Indeed

However, all is not doom and gloom in Fukushima. One major result is that local people are now very much aware of who were their true friends in a time of crisis. Operation Tomodachi conducted by United States forces in Japan was a godsend. The people of Taiwan, which has a population of only 23.2 million, sent ￥25.3 billion JPY (over $232 million USD) in donations to Japan. That would be the equivalent of ￥136.0 billion JPY (about 1.25 billion USD), if Taiwan had the same population as Japan.

In fact, an “Assist Japan Movement” swept the island nation of Taiwan, with convenience store registers becoming the preferred donation point. There, even little children could be seen offering the precious contents of their piggy banks while saying, “Please help Japan.” It was good to see the ties between Japan and Taiwan become much stronger as a result.

Proof of that came when, on March 1, 2021, China stopped the import of Taiwan pineapples. Without hesitation, many Japanese stepped forward to say that we needed to help Taiwan.

The decision to allow emergency imports of 6,000 tons of pineapples from Taiwan, the largest amount in history, was symbolic of the strong ties between Japan and Taiwan.

The rapid rise of China as a would-be hegemon over the last 10 years has drastically changed the situation in East Asia. Japan must boldly stand up to Beijing’s efforts to “change the status quo through force.” At such a time, it is imperative to “join hands and cooperate with” our true friends.

That is a lesson we were taught a decade ago in Fukushima.

(Find access to the Seiron column in Japanese at this link.)