[A Visit to the Atelier] Epidemics and Talismans in Ukiyo-e 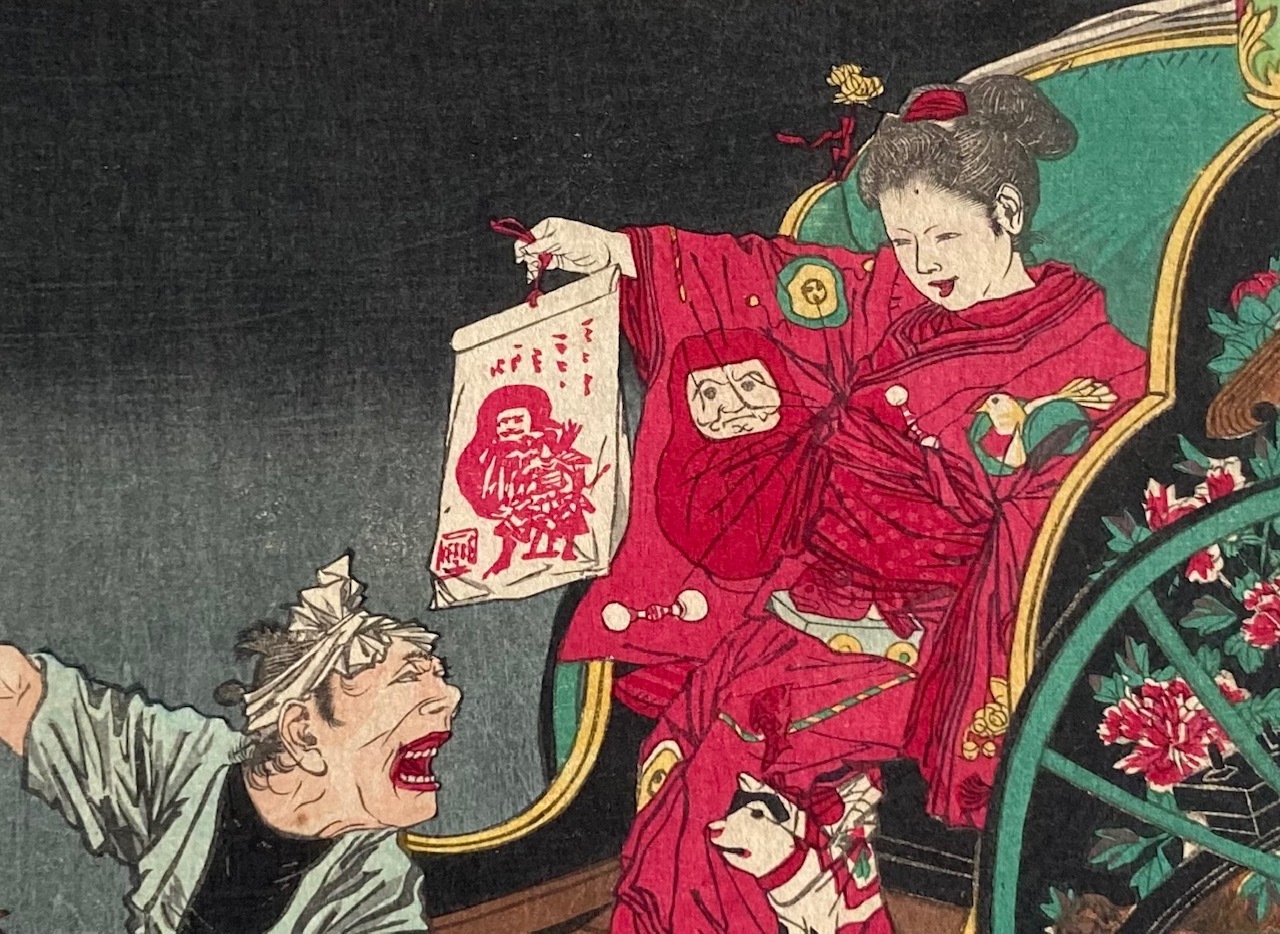 This is my first opportunity to greet all my readers in this Year of the Tiger! I look forward to writing articles for you again this year.

Last year was a very hectic year for me, as I received the International Ukiyo-e Society Award and had to give a commemorative lecture, which was completely unfamiliar terrain for me. With the help of my daughter I managed to complete this difficult task and was very relieved afterwards.

I thought about what kind of theme would be of interest to my readers and realized that the coronavirus pandemic that has been troubling us for so long must have become one of the most familiar themes for us by now.

During the Edo period (1603–1868), there were major epidemics of smallpox and other diseases in Japan. Our ancestors fought hard against these uninvited guests and eventually managed to overcome them.

In a time when epidemics were not as clearly understood from a medical perspective as they are today, ordinary people turned to folk beliefs for help. The hōsō-e I am about to introduce are an example of such beliefs. People believed that if they would paste these pictures on their walls or sliding doors, or keep them under their pillows as a talisman, the evil spirits causing smallpox would run off and vanish.

While hoping that the coronavirus we are still facing today will be brought under control soon, let’s have a look at some simple and pleasant hōsō-e from my collection.

Utagawa Yoshitora and the Horned Owl.

Hōsō-e were usually printed in the color red, which was believed to ward off evil. They depict brave warriors, the powerful folk hero Kintarō, small birds flying freely through the air, and other animals, all of which express parents' wishes for their children to grow up healthy and become smart kids.

The Horned Owl I am introducing here is known as the sage of the forest, and was probably depicted in the hope that the child who kept it would grow up healthy and become an intelligent human being. The character for “longevity” on the stomach of the horned owl is probably depicted to make it a celebratory image as well.

Kobayashi Eitaku from the Series Illustrations of Newspaper Stories.

This is a so-called nishiki-e shimbun (newspaper color print), a supplement that came with a daily newspaper. In the scene depicted on this print, a rickshaw rider who thinks he is carrying a pretty young woman turns around and suddenly finds out that the girl behind him has transformed into a terrifying smallpox spirit!

The story is written as if it truly happened, but of course it is not very credible, almost like a sensational anecdote in a weekly magazine, a kind of story very popular at that time. Some of the best known nishiki-e shimbun were designed by Tsukioka Yoshitoshi for the Tokyo Daily Newspaper.

Demons in the Ōtsu-e Style

This hōsō-e was made in the style of folk art from the Ōtsu area in West Japan (so-called  Ōtsu-e). The image it was based on probably dates back to the late Edo period, but this one was probably published during the Taishō era (1912–1926) or later. Ōtsu-e style prints were printed in large numbers from the late Edo period to the Meiji and Taishō eras.

Today we still pray for the health of children like we used to in the past. In this article I share some of my hōsō-e in memory of our ancestors who fought diseases and overcame many hardships. I look forward to sharing more works from my collection with you in my next installment.

Find other parts of this series, “A Visit to the Atelier,” on JAPAN Forward, at this link.