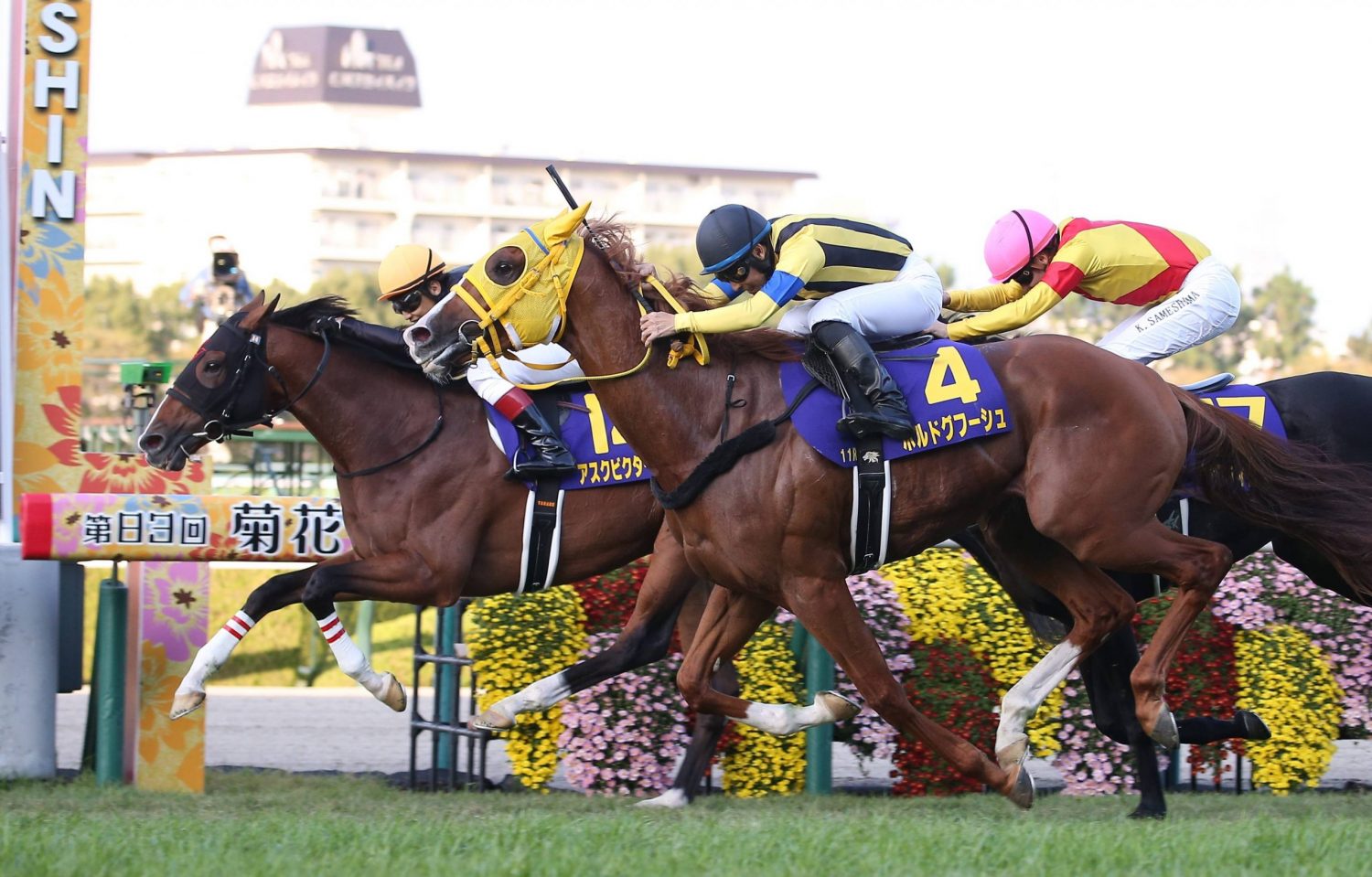 Speed was the name of the game for Ask Victor More in the 83rd running of the Kikuka Sho (Japanese St. Leger).

In fact, a blistering pace was needed to secure victory for the Deep Impact-sired colt, with jockey Hironobu Tanabe's ride reaching the wire in 3 minutes, 2.4 seconds, a track record for a 3,000-meter race, at Hanshin Racecourse on Sunday, October 23.


For Tanabe, 38, Sunday's triumph was his first in a G1 race since piloting Logotype to a win in the 2016 Yasuda Kinen. It was his third career G1 victory. (Watch the race here.)

Tanabe and trainer Yasuhito Tamura teamed up for their first G1 win together. For the trainer, it was his third G1 victory and his first since Major Emblem won the 2016 NHK Mile Cup.


Throughout the marquee event at Hanshin Racecourse, Ask Victor More, who demonstrated his ability with a pair of third-place finishes and a win in three races as a 2-year-old in 2021, was in a good position to make a run for the top prize.

"I had a lot in my mind as to how I should ride in such a way that would produce good results for the colt and I am relieved that it worked out well," Tanabe told reporters. "Although we will be facing even tougher competition in the future, I feel that he is getting stronger with every race and hope that we can continue with good results."

Frontrunner Seiun Hades (Hideaki Miyuki) burst out of the gate and held a commanding advantage in the early going, a four-length lead over Ask Victor More at the first turn.

Seiun Hades clocked 58.7 seconds over the first 1,000 meters, extending the lead to five lengths. But Miyuki's ride maintained his position for the majority of the race, with Tanabe navigating the turf course and biding his time to make an aggressive move.

With about 800 meters to go, Ask Victor More overtook Seiun Hades, galloping past him on the outside and then moving inside along the rail as the late pacesetter.

The early frontrunner eventually faded toward the back of the 18-horse field, finishing next-to-last.


Down the final stretch, Boldog Hos ran the final three furlongs (about 600 meters) in 36.3 seconds, the fastest time among all entrants over that distance, to close the gap between him and Ask Victor More to the slimmest of margins.

Still it was not enough to overtake Ask Victor More.

With Yokoyama holding the reins, Titleholder won the 2021 Kikuka Sho.

The next G1 race on the JRA calendar, the Tenno Sho (Autumn), will be held on October 30 at Tokyo Racecourse.