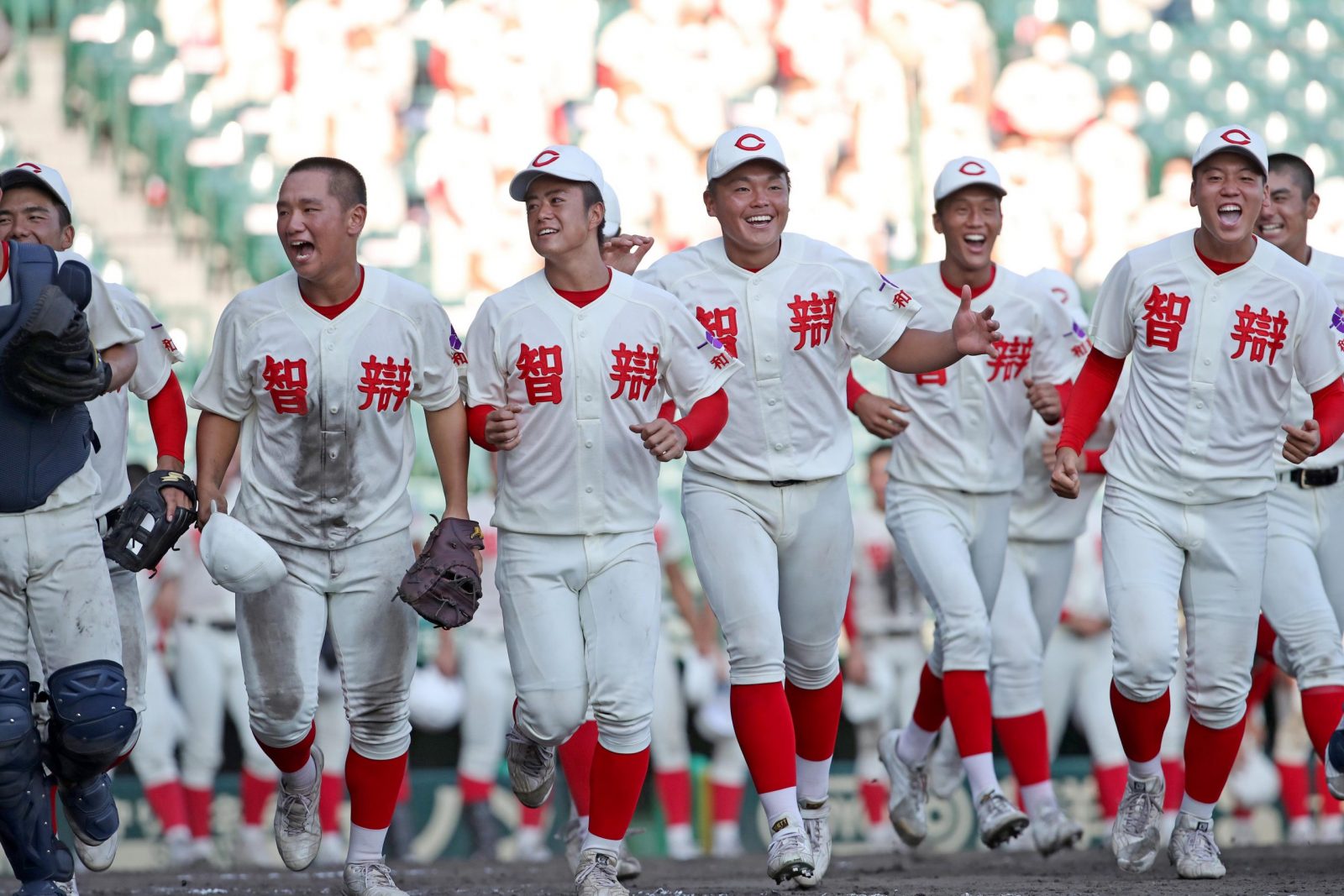 The summer tournament, one of the most widely watched sporting events in Japan, was canceled last year due to the COVID-19 pandemic.

This year’s tournament, which opened on August 10 at Koshien Stadium, was held under strict coronavirus countermeasures to avoid outbreaks. Only people associated with the teams were allowed to enter the stadium in Nishinomiya, Hyogo Prefecture.

In Sunday’s final, Shoya Takashima delivered a key hit with a double to the gap in left field that scored two runs as Chiben Wakayama jumped out to a 4-0 lead in the first inning.

Chiben Gakuen came back with two runs in the bottom of the second, but that was as close as it would get.

Chiben Wakayama built up a 6-2 lead before slugger Tensei Tokumaru drove in two runs on a double in the eighth inning to put the game out of reach.

Catcher Kai Watabe hit a solo home run to left in the ninth to widen the lead to 9-2.

“We knew there would be many mountains to climb,” Chiben Wakayama manager Jin Nakatani said. “I just told my players to keep pushing. Our guys did a great job holding them and winning this tournament is like a dream come true.”

The tournament final also featured the oddity of two teams in almost identical uniforms facing each other. Both wearing white uniforms with red trim made it hard at times to determine which team was which.

Normally, the 47,500-seat stadium in Hyogo Prefecture would be at near capacity for the popular tournament that features 49 participating teams.

This year, a maximum of 50 members of one brass band club per school were permitted to cheer on their teams in the “Alps” section of the stands.

Last year, both the spring and summer tournaments were called off, marking the first time since World War II that both competitions were canceled in the same year.

Two teams were forced to withdraw after players were confirmed to be infected with the COVID-19.

Miyazaki Commercial High School from Miyazaki Prefecture had 13 team members test positive while Tohoku Gakuin in Miyagi Prefecture said one of its players was infected.

Heavy rain also played havoc with the schedule. The opening ceremony and three games scheduled for Aug. 9 were pushed back by one day because of Typhoon No. 9.

The final was originally scheduled for Thursday, August 26 but had to be pushed back three days because of rain cancellations during the tournament.