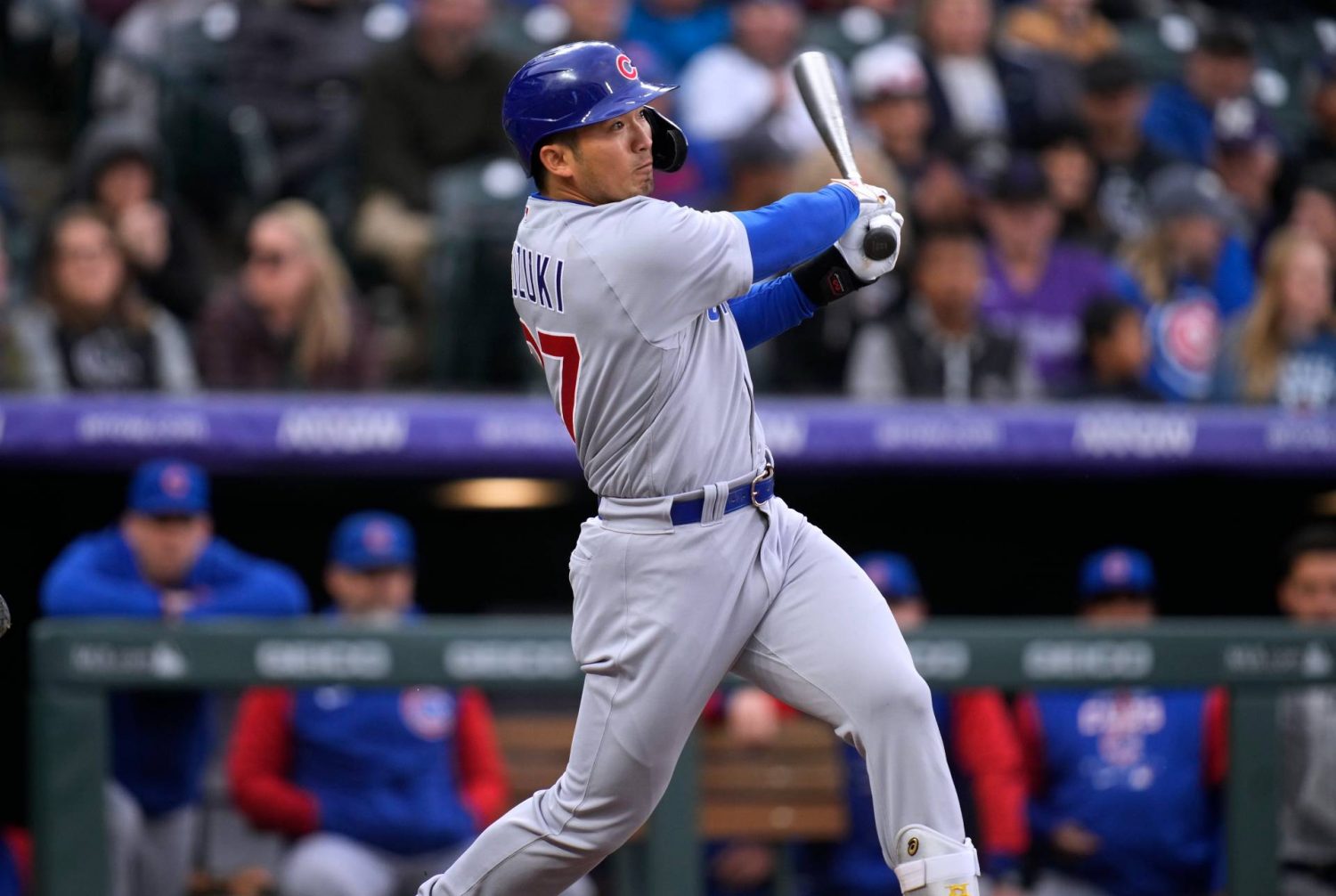 The Chicago Cubs outfielder, who left the Hiroshima Carp in the offseason, has been one of the NL’s top hitters in 2022. He batted .412 (7-for-17) last week. Suzuki smacked three home runs and hit two doubles in six games, driving in five runs.

The 27-year-old Suzuki clubbed a pair of homers in a 2-1 win over the Pittsburgh Pirates on April 12. He ended the week with a solo blast against the Rockies on April 17 in the Cubs’ 6-4 win.

Suzuki had a .400 batting average through Sunday.

Cubs manager David Ross said Suzuki has made a smooth transition from NPB to MLB.

“He’s played at a high level. The Japanese league is a really high level [of baseball],” Ross was quoted as saying by MLB.com on Sunday. “Coming over here, to me what’s stood out is just how calm the at-bats are, right? You hear about the plate discipline and the contact, but just being able to find his pitches and not chase outside the strike zone with the velocity that’s here and some of the nasty stuff that he’s faced so far, it’s just been really impressive.

Suzuki extended his hitting streak to nine with a fourth-inning single to left on April 18. With the hit, Suzuki tied former Tampa Bay Rays player Akinori Iwamura’s record, set in 2007, for most consecutive games with a hit by a Japanese player to start an MLB career.

Suzuki raised his batting average to .429 (third in the NL) by the end of the night, finishing 2-for-3, and the Cubs defeated the visiting Rays 4-2 at Wrigley Field.

In nine seasons playing for the Hiroshima Carp, Suzuki had a .315 batting average in 902 games.

“Obviously, we have a lot of great data here, but when you step in the box, there’s some different stuff that you feel,” Suzuki said through translator Toy Matsushita, according to The Associated Press. “That’s what is most important. I just have my own data in my head to utilize.”