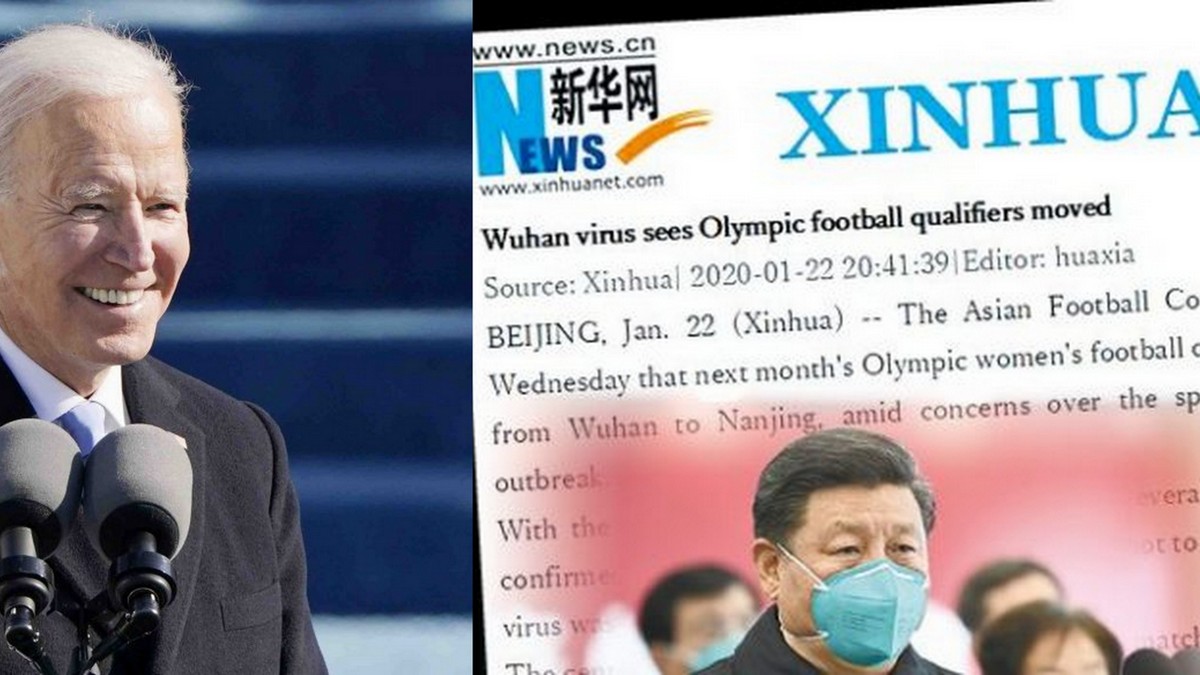 President Biden has officially banned use of the terms ‘China Virus’ and ‘Wuhan Virus’ for the source that has caused the COVID-19 pandemic. Surprisingly, this move has been little known in Japan.

Simultaneously on January 26, 2021, the Biden Administration also withdrew the previous Trump Administration’s executive order making it mandatory for American education institutions to report to authorities on any contacts or contracts with the Confucius Institutes, which are the Chinese Communist Party’s external propaganda organs under the guise of education.

Both moves can be interpreted as pandering to China. This is an unfortunate reality that those who claim “The Biden Administration will take a tough position toward Chinaーjust like the Trump Administration”ーwill need to face straight on.

Those two reversals of the previous administration’s policies are already prompting strong opposition in the United States.

Taking Care Not to Offend China

On January 26, President Biden issued an executive order prohibiting alleged discrimination deriving from hatred or bias against Asian Americans in the wake of the rampant spread of the COVID-19 pandemic in the United States. In that directive, Biden declares that “The federal government must recognize that it has played a role in furthering these xenophobic sentiments [aimed at Asian American. . .] through the actions of political leaders, including references to the COVID-19 pandemic by the geographic location of its origin.” (emphasis added). This meant use of the terms China virus or Wuhan virus are banned in official government documents.

The “political leaders” that memorandum mentioned apparently mean former president Donald Trump and officials in his administration. Mr. Trump himself initiated the use of the term “China virus” in the spring of last year.

RELATED: Why Protest, China? The Term ‘Wuhan Virus’ Came from Beijing, Not Elsewhere

Commenting on this early Biden administration move, conservative political scientist Ben Weingarten pointed out in an article appearing in the January 29 edition of Newsweek that, “Viruses are historically labeled by their place of origin.”

He went on to level a “blistering attack” on the ban on names based on place of origin, arguing that “what makes the executive action particularly troubling is that it serves Communist China’s wishes.” In other words, the Chinese Communist Party would love to see itself delinked from the pandemic that originated within its borders and that it has sought to cover up.

President Biden withdrew a Trump administration executive order providing for monitoring of the Confucius Institutes on the same day he issued the memorandum about what names to use when referring to COVID-19.

The Trump administration had launched a criminal investigation into the Confucius Institutes in the United States to determine whether their programs at numerous American universities have served as conduits for the CCP’s dictatorial ideology and facilitators of spying by the Chinese government.

As a part of its overall policy approach to the Confucius Institutes, the Trump administration had formulated the order so that any universities that had contacts or entered into contracts with these Chinese propaganda arms would be required to report them to the federal authorities.

However, the Biden administration withdrew that executive order. Since, like the order on how to call COVID-19, there was no public announcement of withdrawal, there was a delay before it became publicly known.

When the Public Found Out

As a result, it was not until mid-February before the Biden administration began hearing opposition from Republicans in Congress regarding the issue. Senator Marco Rubio of Florida, (Vice Chairman of the Select Committee on Intelligence and Ranking Member of the Foreign Relations Subcommittee addressing human rights issues) and Congressman Michael McCall of Texas (Republican leader of the Foreign Affairs Committee), led with statements on the matter.

“The Chinese government run Confucius Institutes have posed a threat for years to infiltrate American schools,” said Senator Rubio, adding “President Trump and his administration took a positive step in mandating that schools and universities disclose their partnerships with these agents of Chinese government influence. That President Biden would undo this important action is deeply disturbing.”

Congressman McCall pointed out that, “By quietly backing away from the rules without consulting Congress, the Biden administration is sending a concerning signal about its scrutiny of [Chinese] influence in academia and telling academic institutions that they don’t need to be transparent about their ties to China’s regime.”

Amidst these developments, it’s imperative that we in Japan pay more attention ー not to the words of the Biden administration, but to its actions.