BOOK REVIEW | ‘The Ghost of Namamugi’ by Robert S.G. Fletcher 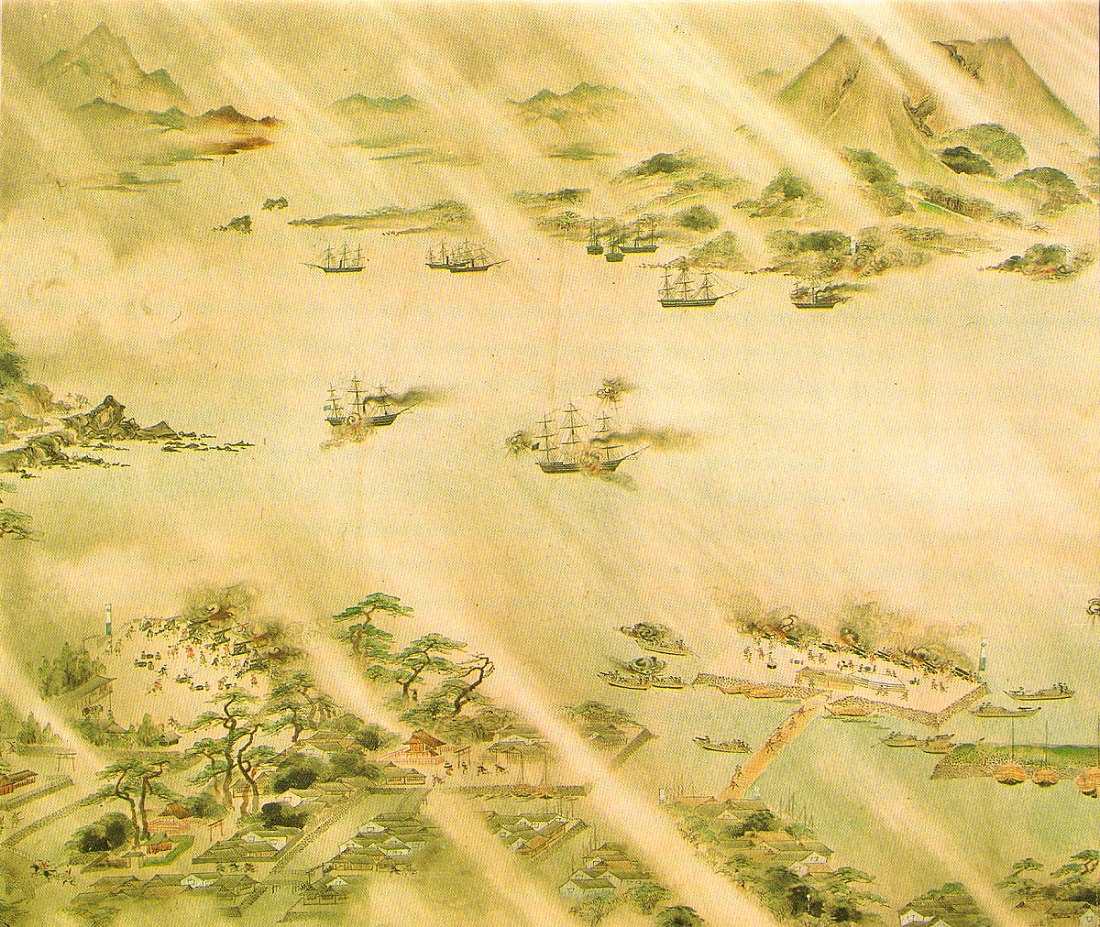 One fine September afternoon in 1862, six years before the Meiji Restoration, a British trader named Charles Richardson rode out from the foreign enclave of Yokohama to do some sightseeing in nearby Kawasaki. With him were three other Britons, including a woman.

Coming in the opposite direction from Edo (today’s Tokyo) was Hisamitsu Shimadzu, the father of the Daimyo of Satsuma, and his 200-strong retinue of samurai. Satsuma — now Kagoshima Prefecture — was a leading force in the anti-Shogun, anti-foreigner agitation that paved the way for the Restoration.

The two groups met on the Tokaido Road at the fishing village of Namamugi. This was within the limits that the Shogunate had set for foreigners’ excursions — though they had been warned to steer clear of Daimyo processions.

Exactly what happened next is unclear, but in a matter of minutes Richardson lay dead from multiple sword wounds while his companions fled in panic, the young lady’s face speckled with blood.

Robert S.G. Fletcher of the University of Warwick has recently published The Ghost of Namamugi: Charles Lenox Richardson and the Anglo-Satsuma War (Renaissance Books, 2019), a fascinating study which sheds much new light on the incident. As he shows, the meaning of what happened at Namamugi was contested from the start.

To the Yokohama-based merchants and other champions of Asian trade, Richardson was “a fine and manly specimen…of gentle manner and chivalrous disposition” who had sacrificed his life to protect a woman. To domestic critics of the Empire, he was “an avatar of merchant belligerence and cupidity” who had arrogantly challenged local customs.

Consequences Beyond Its Time and Place

The upshot was that 11 months later, on the orders of British Prime Minister Lord Palmerstone, British warships bombarded the city of Kagoshima in retaliation for the killing. Substantial damage and loss of life was reported, yet relations between Satsuma and Britain were soon repaired — to the extent that Britain supported the winning, anti-Shogun side in the Meiji Restoration.

On the face of it, the incident was a trivial one, certainly in comparison to other imperial bloodbaths, such as the Indian Mutiny. Fletcher points out that both sides “span” the narrative for their own ends.

In reality, the British naval victory was partial at best. Defensive fire (Satsuma had procured American “roundball” cannons) killed the commander of the British flagship and prevented the planned landing. The death toll in Kagoshima was far lower than initial reports, perhaps in single digits.

Yet, as Fletcher concludes, Namamugi has subsequently become “a place where two worlds — two streams of time — collide” and the incident is remembered in Japan as a parable of modernization. In the aftermath of the “Anglo-Satsuma War,” samurai from the clan traveled to Britain to purchase Armstrong Guns, which they put to good use in the civil war that led to the Meiji Restoration.

One of the young samurai who defended Kagoshima from the British Navy was Heihachiro Togo, who was subsequently dispatched to Britain to study naval technology and strategy. In 1905, he became a world historical figure when, as commander in chief of the Japanese navy, he oversaw the destruction of the Russian fleet at the Battle of Tsushima, the first victory of an Asian power over Westerners since the time of the Mongols.

Carlos Ghosn and the Haunting of Namamugi

By coincidence, the site of Richardson’s death is just two miles from the Yokohama factory and registered head office of Nissan Motor Co., Ltd. Nissan, the fifth largest automaker in the world. It provided the backdrop to a modern-day version of the Namamugi incident when Carlos Ghosn, the imperious boss of the Renault-Nissan alliance, was arrested for financial misconduct in November 2018.

Like Richardson, Ghosn becomes a hero or villain, depending on the political perspective of the onlooker, while the contemporary equivalent of Satsuma’s Shimadzu, Nissan CEO Hiroto Saikawa, is either a sly conspirator or a righteous opponent of Ghosn’s dictatorial excesses.

Supporters of globalization — today’s version of “opening the world to free trade” — tend to support Ghosn, as do members of the foreign business community who are the heirs of the Yokohama merchants of the mid-19th century, and left-wing critics of the Abe government. Admirers of Japanese corporate culture are less sympathetic. Likewise, among the Japanese public, according to an NHK poll, 41% had no problem with Ghosn’s re-arrest in April for suspected misappropriation of funds, versus 14% who considered it unfair.

Richardson was not a resident of Japan, but visiting from Shanghai, where British power was entrenched — and with it the colonialist assumption that the local people could be pushed around at will. He himself had been fined for a brutal, unprovoked assault on a servant whom he described in a letter home as “the animal.”

Ghosn too was an outsider with a totally different worldview. He had been the main man at Nissan for almost 20 years. Yet, despite his gift for languages, had failed to learn Japanese, had little understanding of the Japanese mentality, and spent increasing amounts of time globe-trotting on Nissan-funded private jets.

In the 1860s, the killing of Richardson, particularly the “mutilation” of his body (in reality probably an attempt to put the dying man out of his agony), was considered “butchery…worthy of North American Indians” whereby Japan had forfeited its right to be considered “civilized.” One hundred and sixty years on, the lengthy pre-trial detention of Ghosn was lambasted in the foreign press as primitive, cruel, and “reminiscent of the Soviet gulag.”

At the time, the attack on Richardson was considered anti-foreign terrorism. But any Japanese obstructing the passage of the Satsuma procession would have suffered the same fate. As a potentate facing an insult to his status, Shimadzu had little choice but to have Richardson cut down. Soft treatment for an English trader would have signified irresolution and disregard for the honor of the domain.

Likewise, it was not because Ghosn was a foreigner that he suffered a lengthy period of pre-trial detention. He got the same treatment as unrepentant Japanese white collar suspects, such as Liberal Democratic Party Diet member Muneo Suzuki and venture capitalist Takafumi Horie. Anything milder would have meant a special dispensation for the rich foreigner.

The arrest of Ghosn was another moment when “two worlds, two streams of time” collided. Again, the rules of the road are in dispute, as is the key question of who is to decide them.

In the mid-19th century the answer was crystal clear. The Western powers had overwhelming superiority in technology and military power, so the assumption of cultural superiority came easily. Foreigners in Japan benefited from “extraterritoriality,” the right to be tried under their own systems of justice, rather than the “backward” Japanese kind.

Who Is to Say Which System Is Better?

Today’s world is more complex, with the rising Asian powers posing challenges that are not just economic and geopolitical, but also ideological. Generally, Japan has tended to adhere — often grudgingly and belatedly — to Western norms, with reforms in corporate governance being a recent example.

It is possible that the same may happen with Ghosn and the justice system; unfavorable publicity could spur “liberal” reforms that strengthen the rights of suspects and restrict the discretion of prosecutors.

The Japanese authorities may take a look at comparative crime rates and incarceration rates — Japan has some of the lowest in the world and even the percentage of prisoners in pre-trial detention is much lower than in most Western countries — and conclude that the current system is working fine.

One thing is for sure: just as the Meiji Restoration came too late for Charles Richardson, so Carlos Ghosn’s fate will be decided on its merits under the existing legal framework. There will be no extraterritoriality for the man from Planet Davos. 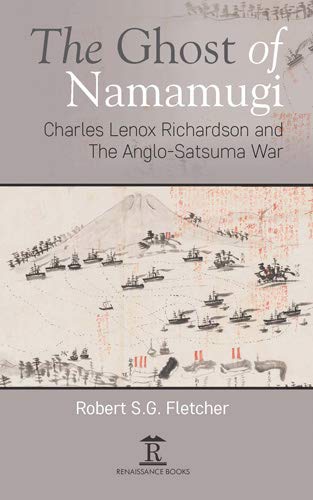 Robert S.G. Fletcher’s book, The Ghost of Namamugi: Charles Lenox Richardson and the Anglo-Satsuma War, was released in February 2019 and is now available through booksellers in stores and online.