[Bookmark] Japan Pulls It Off: Against the Odds, the Olympics Wins Again 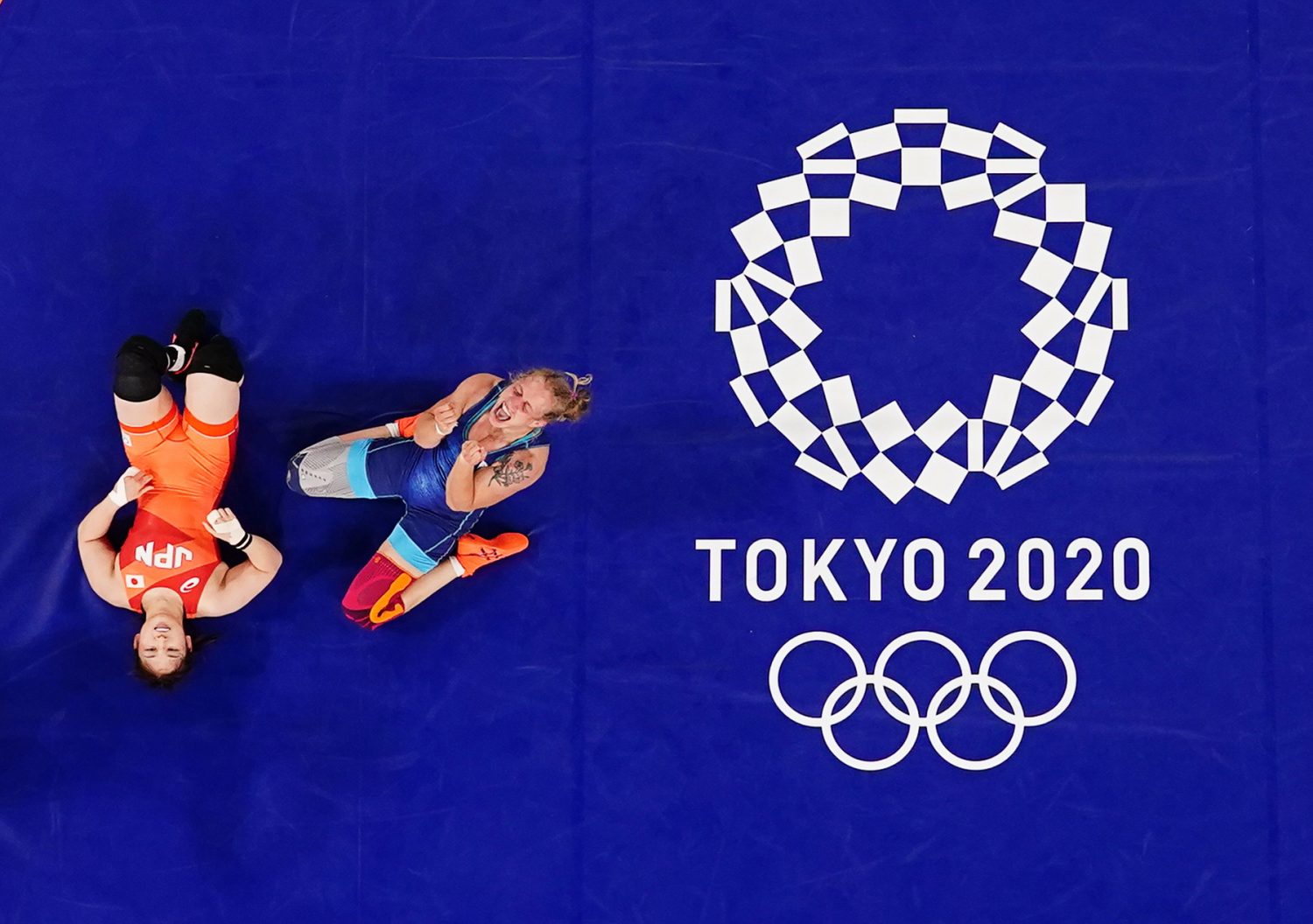 Bookmark is a JAPAN Forward feature that gives you special essays and long reads for the weekend. Each edition introduces one overarching thought that branches off to a wide variety of themes. Our hope is for readers to find new depths and perspectives to explore and enjoy.

The 31st Summer Olympics will be remembered for the steely-eyed resolve and ingenuity that Japan displayed in successfully staging the Games under the shadow of COVID-19, which has made such a mess of our economies and societies.

In such circumstances, the ability of great sporting events to lift our spirits is particularly precious. Replacing the virus as the top news item, if only briefly, is a gold medal achievement in itself.

Some critics, including athletes, have complained that it doesn’t feel like a “real Olympics” because of the lack of audience and the constraints on social mixing, which were indeed unfortunate and unprecedented. At least the quiet in the stadium was a lot more dignified than the artificial crowd roar injected into spectator-less Premier League football (soccer) games in Britain.

Indeed, the empty Olympic stadium and the stunning drone display of the earth in orbit neatly summed up our world today, with its ever more sophisticated technology and weakening social bonds, both tendencies being accelerated by the pandemic.

In reflecting the era in which it took place, Tokyo 2021 was as “real” as any other Games. The truth is that the modern Olympic Games has never been a purely sporting event. Right from the beginning, it has always held up a mirror to the political and social reality of its era.

The founder, Baron Coubertin, conscious of France’s loss of status in 19th-century Europe, copied the sporting ethic of British private schools, which he saw as key to the British Empire. By banning professionalism, he excluded working class athletes who had competed for prize money.

Berlin 1936 signalled Nazi triumphalism and the clash of ideologies. Tokyo 1964 heralded the rise of Japan as an economic superpower. The shocking atrocities that occurred at Munich in 1972 ushered in an era of terrorism which has never ended. At the height of the Cold War, the United States boycotted the 1980 Moscow Games; the Eastern bloc returned the compliment in 1984 at Los Angeles.

As for our era, it is a strange one, marked by COVID-19 and the extraordinary response of governments everywhere. In the background is a backlash against the excesses of globalization and the rise of an assertive China determined to challenge the geopolitical status quo. Meanwhile, fear, anger, and distrust are instantly magnified by social media.

War With No Bullets

Several of the episodes from the Tokyo Games seemed particularly redolent of the shifting values of today’s world: the transgender female weightlifter who was male until the age of 35; two high-jumpers preferring to share the gold medal rather than face off in a decider; a plethora of new mixed male and female team events.

Then there was the great American gymnast who dramatically quit mid-contest on grounds of mental health; the Japanese actor whose role in the opening ceremony was canceled at the last minute because of an inappropriate skit broadcast 35 years ago; the gold-winning badminton player who was blasted on Chinese social media for dedicating his victory to “my country, Taiwan.”

There were also plenty of the marvelous athletic feats that the Olympics were designed to celebrate. Who could forget the Italian winner of the 100-meter sprint, who took up the event just two years ago; the Japanese brother and sister both winning gold medals in judo; the Norweigian 400-meter hurdler whose record-busting time bettered the British record for the equivalent flat race; the 13-year-old Japanese girl who struck gold in skateboarding; the Filipina weight-lifter, apparently a trenchant critic of President Rodrigo Duterte, who won her country’s first-ever gold medal.

“Serious sport has nothing to do with fair play. It is bound up with hatred, jealousy, boastfulness, disregard of all rules, and sadistic pleasure in witnessing violence: in other words, it is war minus the shooting.” That was the opinion of English author George Orwell, writing in December 1945 after an ill-tempered tour of Britain by the Moscow Dynamo football team.

What Orwell left out was that “war minus the shooting” is greatly preferable to “war including the shooting.” Recent Olympics have had their fair share of problems — financial corruption, doping, etc. — but as sporting jamborees go, it is fairly benign.

Goodwill is helped by the large variety of sporting contests on display, which mean different things to different countries. For Japan, judo is the crucial sport. For East African countries, distance running is all-important. Over the years, Britain has harvested medals from sports that you can do sitting down: cycling, horse riding, rowing, and canoeing.

By boosting the number of events, the International Olympic Committee has cleverly ensured that many countries will go home happy, with “a record haul” of medals.

‘Imagine No Olympics’:  A Bleak Prospect

As the drones rotated in the Tokyo night sky during the opening ceremony, a disparate group of remote singers broke into John Lennon’s “Imagine.” At first sight, it seemed a strange choice. After all, if there were “no countries,” as the lyrics posit, there would be no Olympic Games, at least not in their modern form which is built on sporting nationalism. “No possessions” hardly fits the bill either, with some of the more photogenic star athletes on multimillion-dollar sponsorship contracts.

In retrospect, though, John Lennon’s 50-year-old song — jointly credited to Yoko Ono as of 2017 — suited the occasion. It is now a secular hymn, not a radical political program. And as is the case with most hymns, people listen with respect or boredom, then carry on regardless with their flawed human ways.

That applied to the mercurial Lennon too. In an interview just before his death, he explained his idea of socialism: “I think people should get their false teeth and their health looked after, all the rest of it. But, apart from that, I worked for money and I wanted to be rich.”

That is a proposition that would probably command a lot of support in the Olympic movement, and indeed in most of the member countries.

Critics of the IOC and the Games make some good points, as do critics of the United Nations, which has many obvious flaws with little prospect of being fixed any time soon. Yet to delegitimize the U.N. or withdraw from it would be a terrible mistake, as the fate of its predecessor, the League of Nations, suggests. The same could be said for the Olympics. Despite its many shortcomings, it helps to hold us together.

Since Baron Coubertin launched the first modern Summer Games in 1896, there have only been two outright cancellations, in 1940 and 1944. In other words, “no Olympics” has historically signalled apocalyptical destruction and the reconfiguration of global power by violence.

So far, the confirmed death toll from COVID-19 is 0.002% of the fatalities from World War II relative to population, and our countries and institutions are still intact, more or less. Yet staging such an enormous global spectacle with so much medical, logistical, and financial complexity was a Herculean task.

Japan pulled it off. By maintaining the continuity of the Olympics cycle, and thereby reassuring us that one of the most familiar markers of the modern era is still intact, it performed a useful service for us all.

Yes, these Olympics were different from all others. That is because the world is different, and we are different too. The winners are all the athletes who took part and all the people who watched and enjoyed their performances.

Find other essays by the author on JAPAN Forward at this link.