Capricious Politics Set the Tone for the South Korean Courts 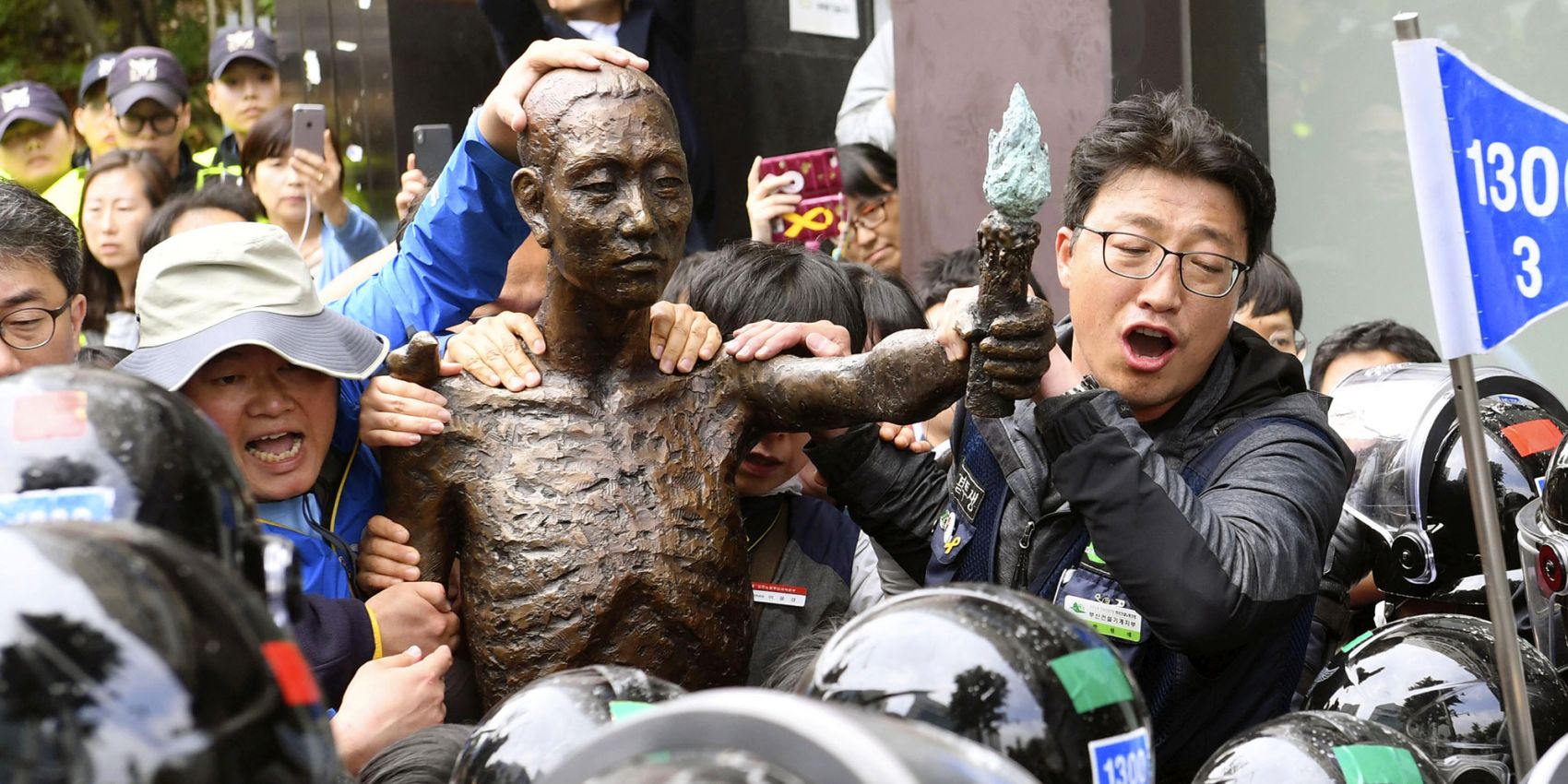 South Koreans celebrate a ruling against Japanese companies that hired Koreans as laborers during the wartime.

If the legal dispute between Japan and South Korea was a sport, it would urgently require clarification of the rules.

The way the game is currently being played by South Korea is to keep tossing the ball between different courts and various sets of lawyers, leaving the impression of a legal system that is unreliable and capricious.

At the start of the summer of 2021, Seoul Central District Court dismissed a compensation lawsuit brought by a group of Koreans against 16 Japanese companies including Nippon Steel and Mitsubishi, relating to the colonial period in the early part of the 20th Century.

However, in late August, following the Olympics, Suwon District Court ruled that some of the assets of the Mitsubishi Corporation could be seized in South Korea, thus pushing the divisive issue back up the agenda, at a time when most people hoped for a period of reflection, or even rapprochement.

The position of Japan’s government remains clear. It maintains that under an accord reached with South Korea in 1965, all compensation claims have long been settled and cannot be disputed through lawsuits.

In the wake of the Suwon District Court ruling, Chief Cabinet Secretary Katsunobu Kato wearily told reporters that Japan-South Korea relations are once again being pushed into a serious situation. “We want to urge South Korea even more strongly to present a solution that is acceptable to Japan,” he said.

To me, the perplexing question is this: why has a district court taken upon itself the role of deciding whether to seize the assets of Japanese companies, when the higher court has, after much debate, offered a different judgement?

The Korean judicial system has a clear hierarchy, maintained through a three-instance trial system, which places district courts on the lowest rung, followed by the high courts and with the Supreme Court at the top.

One clue to solving the puzzle is that the Korean constitution states that “all citizens possess the right to have fair and prompt trial by legitimate legal procedures” – a most laudable aim.

However, what seems to happen is that when the compensation-seekers get a knockback from the higher courts, they re-start the process at the bottom again, continuing in a cycle which takes up a huge amount of legal time and resources.

The Supreme Court website places emphasis on judicial independence. Yet I believe it is proving extremely hard for judges in South Korea to separate themselves from the prevailing political mood. The tone is set by a president who seems preoccupied with the events of the long-distant past.

Speaking of the Past

Moon Jae In delivered a speech in Seoul to mark Liberation Day on August 15th, 2021. It was full of references to grievances such as “pillage from imperial Japan” and “the suffering and sorrow during the Japanese colonial period.”

Listeners may not have immediately grasped that this related to events more than 75 years ago, before the president was born. There was no reference to the Olympic Games, which were held in Tokyo just a week previously.

The one moment of political tension during the Olympics was when some of the Korean delegation unfurled a provocative banner relating to a war between Japan and Korea which was fought hundreds of years ago. The IOC ordered it to be taken down immediately.

In my view, a particularly strong reason has emerged which should encourage South Korea to be mindful about its relationship with Japan and it relates to something Mr. Moon referred to in his speech.

Mr. Moon said: “The Republic of Korea has been invited to the G7 Summit for two years in a row, which signifies the start of a new world order.”

It’s true that South Korea was invited as a guest to the G7 meetings, although it didn’t sign their communique for fear of upsetting China. However, this is a crucial time for the G7, as it decides what to do in response to the chaos in Afghanistan.

The fall of Kabul has shaken trust in the United States even among even its closest allies. This, along with mounting concern about global security created by the rise of the Taliban, gives Japan and South Korea pressing reasons to consider what they can do to support each other in turbulent times.

As Mr. Moon said, “our Government has always kept the door open for dialogue to jointly respond (with Japan) not only to our two countries’ pending issues but also threats facing the world, including COVID-19 and the climate crisis.”

I would like to see misgivings about U.S. foreign policy added to the agenda of the next bilateral leaders’ meeting, should it be called. For that reason, I do not want to see more time wasted on historical issues, either in the courts, or at the conference table.

Duncan Bartlett is a regular contributor to Japan Forward and is the Editor of Asian Affairs magazine. He is currently teaching diplomacy and international relations on the Economist Executive Education course, A New Global Order. Find his essays on JAPAN Forward at this link.