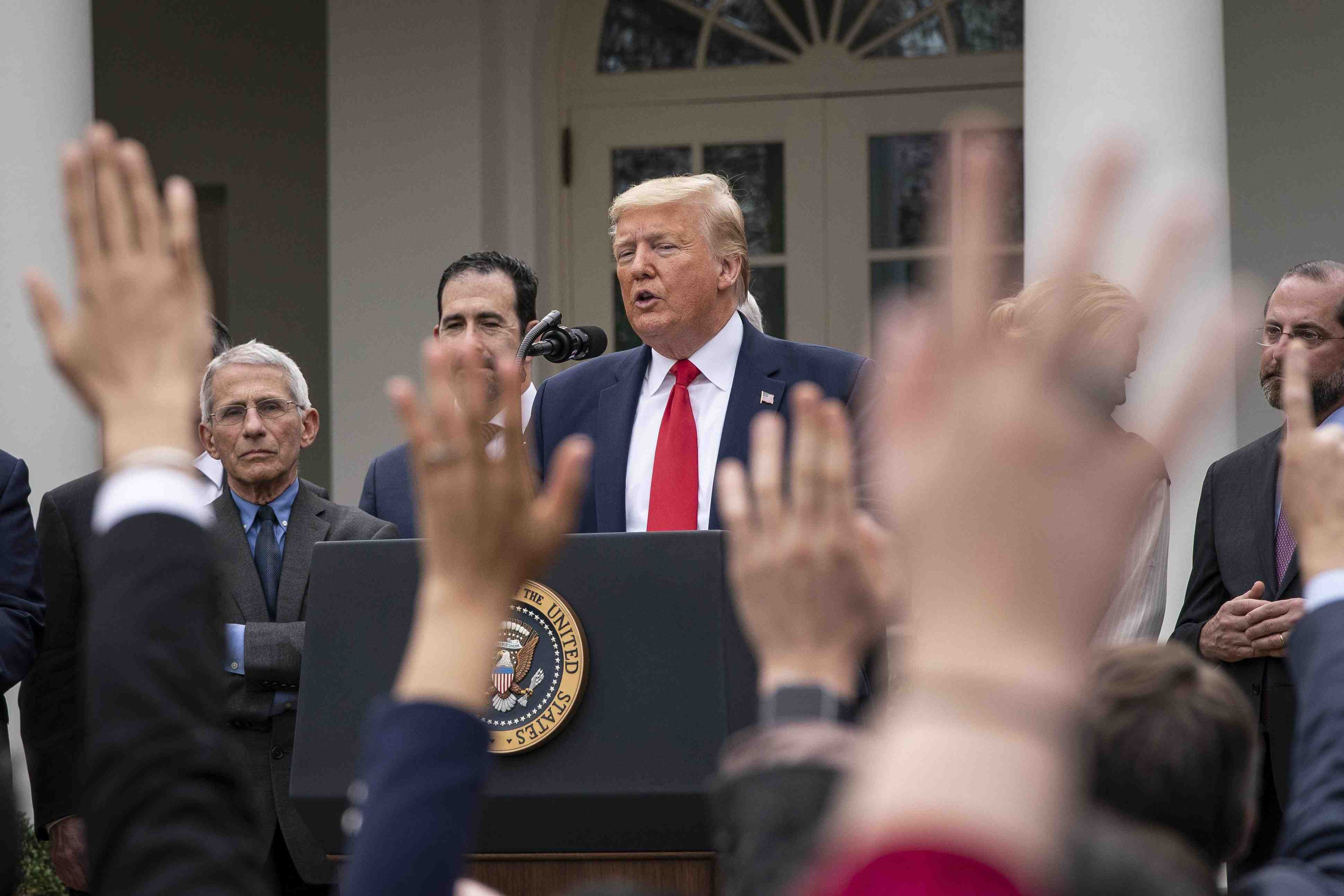 The coronavirus pandemic has sent governments into a tizzy, with the United States emerging as one of the global hotspots. At the same time, this has brought into sharp focus the role played by the U.S. and China in the response to the spread of COVID-19.

On the one hand, China initially introduced very strong measures to tackle the pandemic, which according to China seem to be producing desired results. On the other hand, the U.S. seemed to be at a loss on how to respond to the pandemic. However, one explanation that is being offered  for the rapid spike in cases in the U.S. is that the rate of testing has increased at a very fast pace.

So, what does this suggest?

First, it suggests that China’s top-down approach may have worked better.

China has used this period, since the pandemic originated in Wuhan, to ramp up its response. At the same time, it is trying to win brownie points on the international front. It has sent medical equipment to countries like Netherlands, Slovakia, and Spain, though in some cases they have turned out to be faulty. Beijing has also ramped up production of test kits, masks, and ventilators.

Meanwhile, the U.S. struggled with its response with its diffuse authority shared with its states.

Testing was slow to begin with in the U.S., though it has been ramped up now. Aspects of Washington’s response to the outbreak of the coronavirus also have been ham-handed, as could be seen in the case of the sacking of the captain of the American aircraft carrier USS Theodore Roosevelt, which happened after he wrote to his superiors regarding the spread of coronavirus infections on board the ship (the letter was subsequently leaked to the press).

Too Early to Write Off Democracy

A question which many are now asking is whether the seemingly lackadaisical response on the part of the U.S. represents a shift of global power and influence away from Washington.

First, the U.S. is a beacon for democratic countries all over the world. A quick analysis of many factors shows that it is too early to write off the U.S.

The fact remains that for all of China’s strong response to the coronavirus pandemic, it remains a totalitarian country. In addition, some scholars have also pointed out that, given Beijing’s opaqueness, it is very difficult to pinpoint if the number of deaths/cases in China have actually climbed down.

Second, the U.S. soft power remains insurmountable. China would have a very difficult time matching up to America’s soft power, whether it be Hollywood or iconic American brands like McDonald’s.

National power is a combination of both soft power and hard power, and China lacks a huge deal in soft power.

Nor can the U.S. military strength be ignored, as it has a global presence. That is something which is unthinkable for China, not only in the short term, but also in the long term.

Third, the U.S. has built up a network of alliances all over the world, for example with Japan. These alliances have stood the test of time.

The U.S.-Japan alliance, which is unique because it was stitched up between former enemies, has served the region well.

It is highly unlikely that Japan would acquiesce to China claiming the position of the global leader. The same could be said for that of other Asian countries, like India.

The U.S. has also been cooperating with countries like India and Japan in the strategic realm. Individually and together, all three countries have a tremendous stake in ensuring a free and open Indo-Pacific region.

Opening the Door to Outside Talent

Fourth, the U.S. has benefited from immigration. It has taken in people who are the best in their respective fields from all over the world.

This is not the case in China. At the same time, China’s population is greying fast, and sooner or later this will have serious consequences on China’s economy.

Fifth, it is also worth remembering that the U.S. is a federal system with strong individual rights and power divided between the national and state governments. Hence, it will take time to ramp up the system.

In addition, there is no denying that the Trump administration failed to read the severity of the situation until it began to deteriorate rapidly. However, there could be some cultural factors at work too. For example, the proclivity of Americans not to wear masks, which could have in some ways slowed down the spread of the disease.

China is Weighed Down by Territorial Disputes

Sixth, then there is the matter of neighborhood. The U.S. has a much more peaceful neighborhood than China.

China has territorial disputes with many countries in its neighborhood, unlike the U.S. Although China seems to enjoy normal relations with Russia as of now, it is premature to term it a close friendship, as Russia has its own ambitions, especially under President Vladimir Putin.

While the U.S. was instrumental in setting up post-World War II institutions, like the World Bank and the International Monetary Fund, which have a global appeal and reach, the same cannot be said for China-backed institutions like the Asian Infrastructure Investment Bank. At the same time, China’s ambitious Belt and Road Initiative (BRI) has led to widespread concern in many parts of the world, especially in its immediate neighborhood.

The BRI has also put some countries under a mountain of debt, as can be seen in the case of countries like Sri Lanka, which had signed on to the same.

All said and done, it would be too early to pen an American demise in the global sweepstakes, even though it has been caught napping on the coronavirus front. In these difficult times, the role of American allies like Japan will be crucial, since they have much to lose from the demise of a U.S.-led world order.

Dr. Rupakjyoti Borah is a senior research fellow with the Japan Forum for Strategic Studies, Tokyo. His books include The Elephant and the Samurai: Why Japan Can Trust India and Act-East via the Northeast: How India’s Northeast is Strengthening the Kizuna (Bond) Between India, Japan and ASEAN? The views expressed here are personal. Twitter @rupakj.