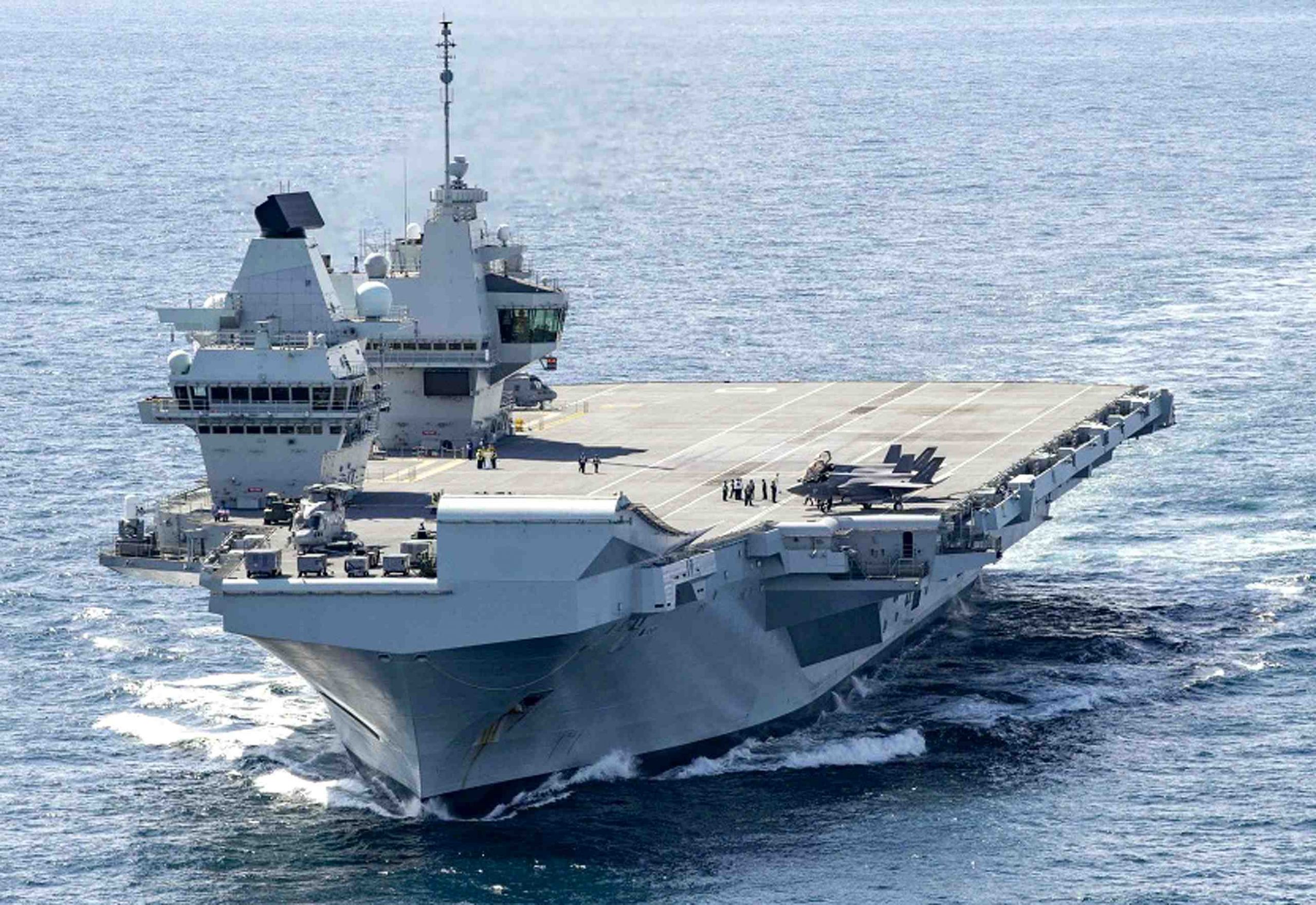 The defense and foreign ministers of Japan and Britain held “2-plus-2 talks” via video conference on February 3, and agreed to promote a “free and open Indo-Pacific” by ramping up bilateral efforts in the fields of defense and security and elsewhere.

The Japanese side in the talks welcomed Britain’s plans to send an aircraft carrier strike group centered on the Royal Navy’s state-of-the-art carrier Queen Elizabeth to waters in East Asia and the west Pacific later in 2021. The two countries are set to prepare for joint training exercises by the British Navy and Japan’s Self-Defense Forces.

The Japan-U.K. moves to enhance bilateral security cooperation come against the backdrop of China’s growing hegemonistic behavior and military buildup in the East and South China Seas, and elsewhere. A member of the Group of Seven (G-7), the world’s major industrialized democracies, Britain has an excellent navy and a strong voice in the international community.

We commend the United Kingdom for its positive commitment to peace in the Indo-Pacific region through its decision to join the circle of deterrence against the threats posed by China.

Britain, the former colonial power of Hong Kong, has become increasingly distrustful of China because of the destruction of Hong Kong’s “One Country Two Systems” framework and the crackdown on its democracy activists. Britain has been seriously concerned that the very basis of international order in the region will be damaged if China establishes hegemony in the region under the dictatorial rule of the Chinese Communist Party.


British Defense Secretary Ben Wallace said at the outset of the 2-plus-2 video conference that Britain would be dispatching its carrier group as “demonstration of a mixture of our sovereign capability and further to show our desire to deepen our defense cooperation.”

Led by the HMS Queen Elizabeth, a flotilla of the Royal Navy is expected to leave the British homeland around April or May. Plans are also in the making for the carrier group to accompany Netherlands’ navy vessels. France and Germany, for their part, are scheduled to deploy their respective naval warships to the Far East after May.

Japan should provide maximum possible support for the planned visit by the British Navy ships to this country. Moreover, reports on the joint drills conducted by the Japan Self-Defense Forces and the British carrier group in the East and South China Seas, the Indian Ocean, and elsewhere, should be transmitted widely at home and abroad.

It would even be better if the United States, a common ally of both Tokyo and London, would participate in the joint Japan-U.K. drills. The same goes for the maritime and air forces of Australia and India, both of which have been strengthening defense cooperation with Japan and the United States with China’s increasing assertiveness in mind.

Now is undoubtedly the right time for forging ahead with cooperation within the Japan-U.S.-Australia-India “Quad” framework, along with Britain. The wisdom of letting Britain take part in the Quad framework on a regular basis is worthy of consideration.

Mike Pompeo’s Plan for a Stronger, Larger Quad Suits the Conservative Governments of Britain and Japan


Expediting Japan-U.K. cooperation in a wide range of fields is in Japan’s national interest and in the interest of maintaining world peace. Britain, for that matter, formally requested to join the Trans-Pacific Strategic Economic Partnership Agreement on February 1.

Regarding 5G mobile communication technology, Britain has excluded China’s Huawei Technologies Co. and added Japanese companies, including NEC Corporation, instead to the list of firms authorized to take part in trial demonstrations of 5G base stations.

The joint statement released at the close of the latest Japan-U.K. 2-plus-2 talks stressed the importance of bilateral cooperation on 5G communication projects. Preventing China’s hegemony in the future digital sphere is also of vital significance.

Japan, Other Countries Developing ‘Open Standards’ for 5G to Get Huawei Out of the Game