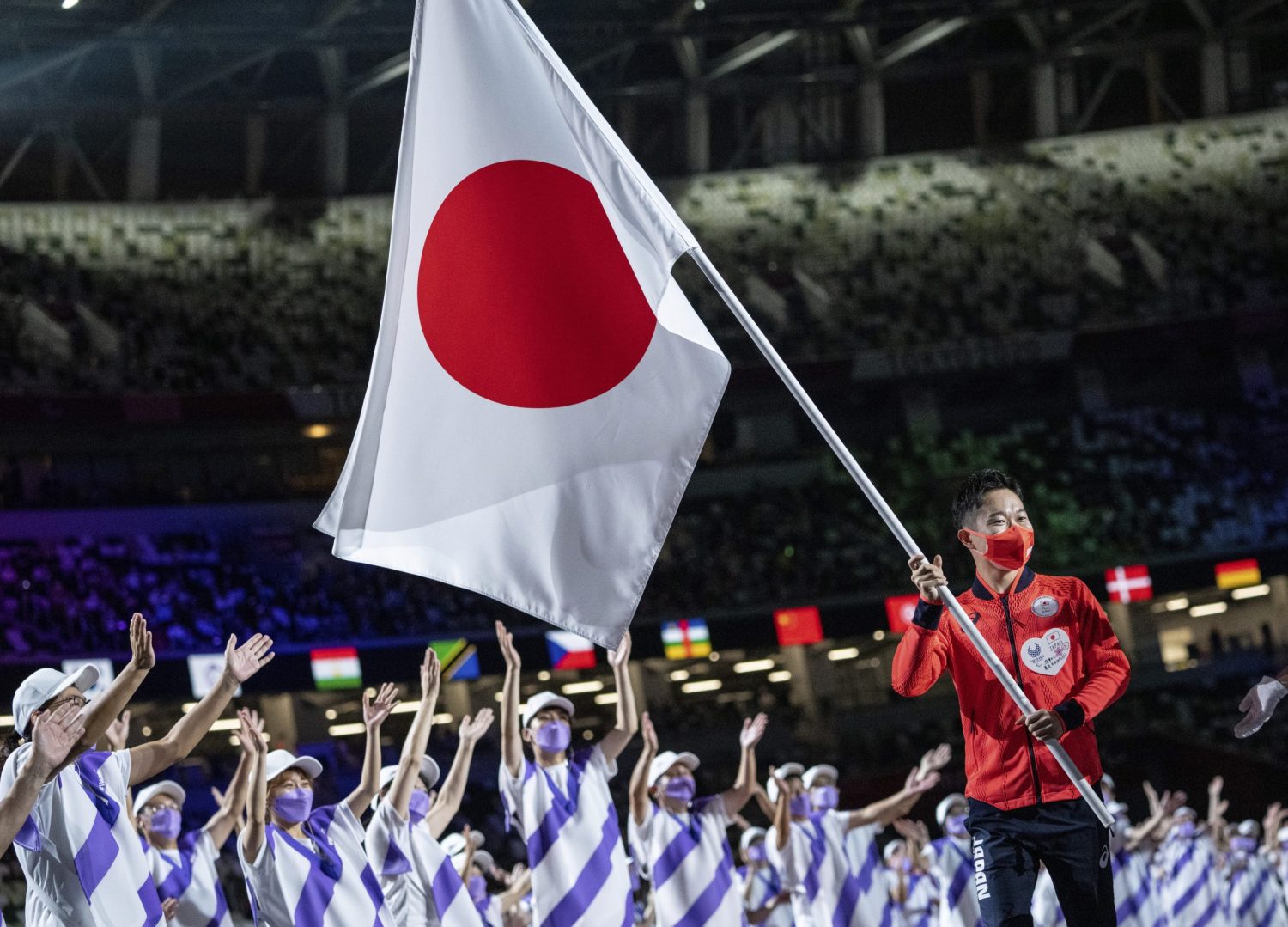 There was the table tennis player who, lacking both arms, used his mouth to wield his racket. There was the archery competitor who used his legs to shoot arrows. Then there were the athletes with artificial arms and legs, and wheelchair-bound athletes who could only use parts of their bodies, who gave their all in the competition. These brave individuals displayed the limitless potential and creativity among people with disabilities.

The curtain has fallen on the Tokyo 2020 Paralympics. It was unfortunate that, with no sign of the COVID-19 pandemic abating, the Paralympics had to be held without live spectators, as had been the case with the Tokyo Olympic Games that went before.

Nonetheless, the Japanese home team was able to win a total of 51 medals, including 13 gold medals, thereby helping to shake off the pervasive mood of gloom afflicting Japanese society. All the competitors deserve applause for the excitement and heated competition they brought to all of the events as we watched on our televisions with enthusiasm and fascination.

You are the best of humanity and the only ones who can decide who and what you are.

You are amazing. You choose to be the greatest in whatever the plan is.

This is the power of sport, to transform lives and communities. Change starts with sport.

And the Tokyo Paralympics certainly proved him right.


More Moving than the Olympics

The thrilling medals rush of the Olympics surprisingly seems like a distant memory. It is hard to imagine anything that could beat the vivid impressions left by the Paralympics athletes during the 13 days of the Games, starting with the opening ceremony.

Some of these athletes have been disabled from birth. Others have lived with deep disappointment after becoming disabled at some point in life. However, we did not run into any people deserving pity at the Paralympics. All participants were real athletes brimming with vitality, and determined to use the physical functions they had to express their identities to the fullest.

There were scenes, too, that would remain etched in our memory. One was watching swimmers Keiichi Kimura and Uchu Tomita finish first and second, respectively, in the men’s 100-meter butterfly (S11 class; visually impaired) on September 3, and then embrace each other as tears rolled down their faces. The two are rivals in the pool, but close friends outside.

For several years now, the two have competed for the honor of being best in the world, with Kimura at present the world record holder. Kimura was very much aware of how he was being pushed to perform better by his fierce rivalry with Tomita when he said, “I won’t settle for anything less than gold.”

After the race in which he won his first gold medal in three Paralympics, Kimura expressed his appreciation to Tomita, saying, “I couldn’t have given my best unless Uchu-san was there.”

Tomita, in his first Paralympics at age 32, on a silver medal in the men’s 400-meter freestyle event on August 26. (He also finished third in the 200-meter individual medley in the first half of the Games.) He said winning that first silver medal gave him the greatest sense of satisfaction.

“I was thinking I might not have what it takes as a competitor,” he said. “But when I won my first medal, I thought to myself, ‘Maybe it was for this moment that you became disabled.’”

“It was all for today,” he concluded.

Those were words that could only have been spoken by someone who had fought to be the best of the best, a drama that transcended who won and who lost.

And how can we forget how, during the live broadcast of the Kimura-Tomita showdown, the announcer and analyst were so moved that they too broke down in tears. No doubt, many people watching the scene on television did the same. It was visible proof of the dynamic and profound character of the Paralympic competition.

The superstar of the Paralympics is undoubtedly the men’s long jumper Markus Rehm (T64 class; artificial leg, functional impairment). Known as the “Blade Jumper,” the German phenomenon was denied his appeal to participate in the regular Olympics.

Even so, he had won gold medals at three straight Paralympics and his best jump of 8.18 meters was close to the Olympic record of 8.90 set by Bob Beamon at the 1968 Olympics in Mexico City. After he finished jumping, Rehm spent more than an hour being interviewed by Japanese journalists.

“I’ll be continuing to be active in preparation for the Paris Games three years from now, so that the individuality of Paralympic athletes will be recognized even more broadly,” Rehm remarked.

Rehm’s continuing efforts to be allowed to participate in the regular Olympics are certainly not due to any slighting of the Paralympics on his part, but instead because of his enthusiasm for increasing the prestige of para athletes. He wants people to recognize there is no barrier that separates disabled and healthy athletes — just acknowledgement of each person for their individual differences.

That’s the way we should be thinking.


A Festival of Sports that is Here to Stay

Amidst the worsening COVID-19 situation, there was unrelenting criticism challenging the decision to go ahead with the Paralympics and questioning their significance. But that is not the question we should be asking.

Rather, the question should be how we respond to the message of the Paralympic athletes, and how society will change as a result. Since Japan chose to host the Games, every Japanese has the responsibility to consider the inherent significance of the event.

We should take this opportunity to deepen debate in society as a whole, and develop the assets that were left to us by the Summer Games. After all, the Olympic and Paralympic Games are not just a fleeting festival that has come and gone.

Japan proved it was able to hold a successful Paralympics without succumbing to the specter of the COVID-19 epidemic. Now we must show that it was worth it, and turn the Paralympics into a powerful impetus for transforming society.

If fortune smiles, someday the Olympics and Paralympics will return to Japan as one event, and we can be even more moved than we were during these Tokyo Summer Games.

We firmly hope that the next generation will grasp the baton and continue sharing its enthusiasm for the Olympic movement.

See our coverage of the Tokyo 2020 Paralympics at this link.