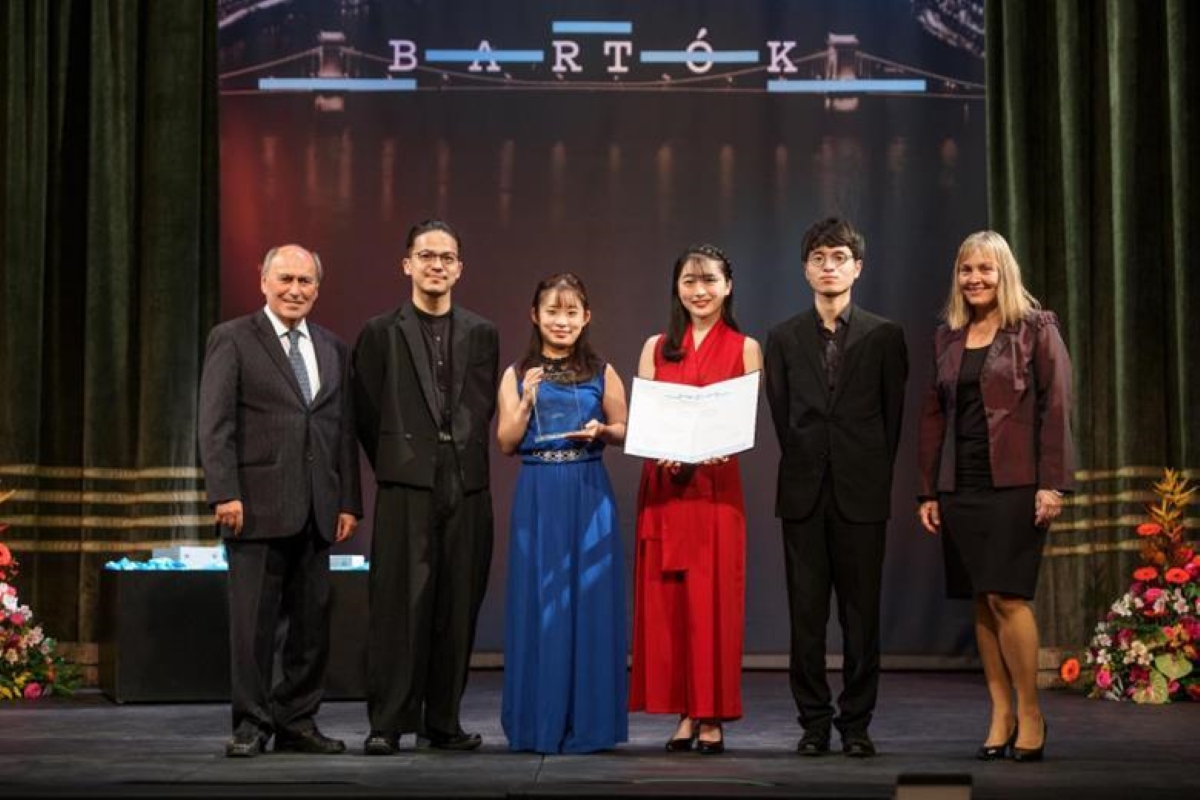 In October, two Japanese pianists excelled in the International Chopin Competition in Poland — one of the three biggest piano tournaments in the world.

Kyohei Sorita and Aimi Kobayashi finished in second place and fourth place, respectively. The last time a Japan-born person came second in this particular competition was about 50 years ago.

Meanwhile, in the cello division of the Geneva International Music Competition held also in October, Michiaki Ueno, a Japanese citizen based in Germany, won first prize.

Both contests were postponed due to COVID-19.

But that is not all. The Japanese group Quartet Integra from Toho Gakuen College recently won in the string quartet division of the Bartok World Competition in Hungary.

All the talented people mentioned above are still in their twenties. These superb results suggest that young Japanese musicians are world-class.

It is pleasing that despite all the pandemic-linked restrictions on the arts and culture scene, the young buds of talent are steadily emerging.

It was Culture Day on November 3.

There is no word that has a broader meaning than “bunka” (culture). There is traditional culture such as tea ceremony and flower arranging, day-to-day culture such as cooking, language, and literature, religion, and subcultures such as animé. Culture is both tangible and intangible.

Broadly speaking, it can be defined as something that is born out of long-term human activity. Or, alternatively, it could be described as an essential element that makes us human.

However, the value of culture has been called into question during the pandemic. Is “culture” non-urgent and non-essential? Some people have talked in this way, but these are empty arguments.

Instead, we should recognize once again that, right now, culture has an important value and it is needed to help us live “like human beings.”

Apparently, Sorita and Kobayashi are childhood friends and went to the same piano school when they were younger. Just like their teacher did with them, we want more people to “sow cultural seeds” across the country.

Sorita is continuing his studies in Poland. Ueno is studying in Belgium.

Japan must try harder to create an environment suitable for nurturing young artists, with society supporting their development.

November 3 is the Emperor Meiji’s birthday. In the Meiji era, before the war, November 3 was a day on which people praised the virtues of the Emperor.

Subsequently, after the war, November 3 became Culture Day. On Culture Day — which is a time for thinking about the importance of culture — we also want to think deeply about the origins of the day itself.