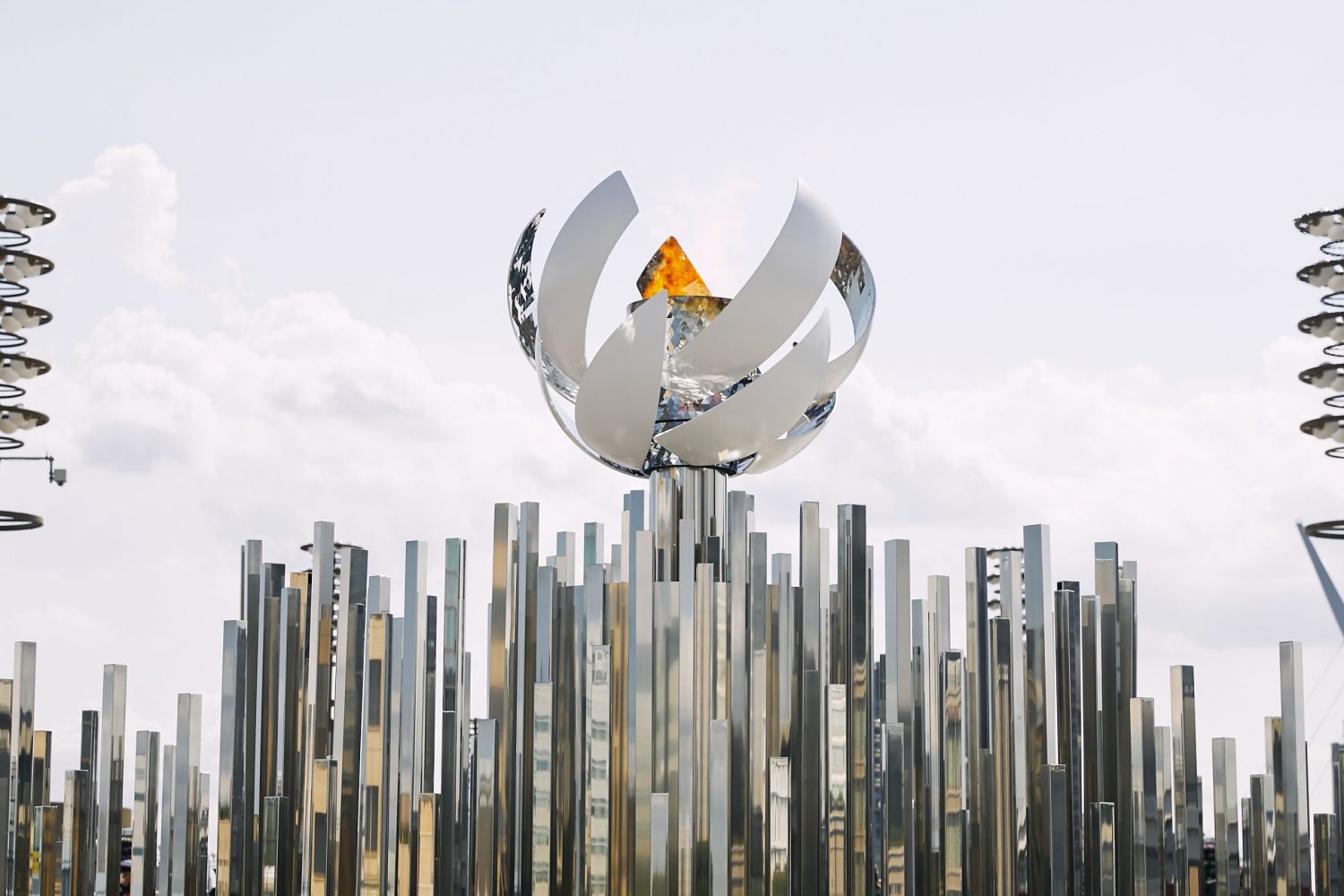 Who could have imagined that this summer would bring the stirring scenes now etched in our minds? Who ever could have foreseen that the efforts of the Japanese people would light a flame of hope in the world?

There is no denying that once the curtain rose on the Tokyo Olympics we all shared in the deep emotions and excitement.

Although the COVID-19 pandemic prevented spectators from attending the Olympic events, Japan made sure that the sacred flame, the symbol of the Olympics, continued to burn brightly throughout the Games.

In doing so, Japan carved out a special place for itself in Olympic history. That is something we should take great pride in.

Now the curtain has come down on the second Olympics to be held in Tokyo, 57 years after the celebrated 1964 Tokyo Olympics.

Japan ended up third in the gold medal count, winning a best-ever 27 gold medals. That easily surpassed the previous record of 16 gold medals won at both the 1964 Tokyo Olympics and the 2004 Athens Olympics. Japanese athletes also picked up 14 silver medals and 17 bronze medals, for a record total haul of 58 medals.

Without a doubt, the one-year delay of the Games had a negative impact on many competitors. For example, Japan did not do as well as expected in badminton and swimming events.

Veteran sprinter Dai Tamesue, who has competed in the 400-meter hurdles for many years, characterized the tough environment in which athletes found themselves in after the postponement as follows, “If you compare it to a marathon, it’s like making it to the 30-kilometer mark and then being told that you have to return to the starting line.”

Of course, with Japanese public opinion divided beforehand as to whether the Games should even go ahead, the athletes were inevitably put in a position that sorely tested their emotional stability. Yet, they continued to have faith that the Games would actually take place and continued to train as hard as possible. Their heroic individual journeys have inherent value that transcends whether or not they won a medal, or what color that medal might be.

Of course, it was not only Japanese athletes who made their mark at the Games. Foreign swimmers set six new world records and 20 Olympic records.

In track and field, in the semifinals for the 100-yard dash, Chinese sprinter Su Bingtian set a new Asian record for the event with 9.83 seconds and advanced to the finals. That was the first time an Asian runner had done so since 1932. Japan currently has four sprinters who have 100-meter times below 10 seconds, Su’s achievement gives them an incentive to improve their own results.

“Urban sports” popular with young people made their first appearance at these Summer Games, giving the Olympics a new complexion.

Who can forget what happened at the skateboard women’s park finals when 15-year-old Misugu Okamoto, who was in the lead and favored to win a gold medal, tumbled while performing the most difficult trick of her final run—an “indie flip”? Okamoto was in despair as she left the competition area, when a number of her rivals quickly ran to form a ring around her, hugging her and lifting her up on their shoulders. Most of them were also teenagers. It was a truly heartwarming scene.

Their spontaneous action reflected sympathy for another competitor, and was a paean to the courage to accept a challenge. It was also evidence of the spirit of solidarity that dwells deep in the hearts of these fierce competitors and binds them together.

The scene could also serve as a warning bell to adults who during the year and a half since COVID-19 appeared have developed the habit of looking at others with dark suspicion.

At the same time, there is no denying that the lack of spectators at the Olympics was a great blow to Japan. Still, the enthusiasm with which the athletes competed did much to fill up the stadium, helping to raise the excitement and drama of the events.

Furthermore, the sincere hospitality of the Olympic volunteers won plaudits from the foreign teams and will live on as a treasured legacy of Tokyo 2020.

IOC President Thomas Bach, addressing a press conference ahead of the closing ceremony, said, “After we had to accept the decision to have no spectators, I must admit that I was concerned that these Games would become Games without a soul.” Bach quickly added that the athletes gave the Tokyo Olympics a great Olympic soul.

We wish to extend heartfelt thanks to the athletes and everyone involved in organizing and running the Tokyo Olympics who worked so hard to prepare for this summer during the eight years since Tokyo was awarded the Games.

Breathing Soul into the Games

Before the start of the Games, concern was expressed as to whether an Olympics without spectators would have any meaning. However, they ended up not only causing delight in Japan but also winning high praise abroad, as billions of spectators watched the competition on television or the Internet. We should never forget that.

Nonetheless, there are many things about the Olympic preparations that we need to reflect upon. Since the start of 2020, several people involved with the preparations said or did things which ran counter to the bedrock Olympic principle of “diversity.” These caused unnecessary turmoil and forced the resignations of the individuals involved. We cannot avoid getting to the bottom of why these incidents occurred.

There was also heartless criticism of the athletes from some quarters. That reflects the low esteem with which some people hold sports. Nonetheless, sports can teach us the lesson that human beings are capable of overcoming any difficulty. Rikako Ikee, the Japanese swimmer who triumphed in her battle with leukemia, is a perfect symbol in that regard.

As Ikee said: “It was a real struggle to make it back this far after hitting rock bottom in my life. But I feel so proud to be standing here on this stage.”

That holds true not just for Ikee. All the athletes who defied COVID-19 to gather on the Olympic stage were the true winners this summer.

In the end, the fact that the Tokyo Olympics actually did take place is important and something we should all appreciate. And we must be sure to convey to future generations all the excitement we felt when witnessing the fierce competition.

Come what may, we should not let the ardent spirit of the Olympic Games grow cold. Let us continue to watch and support athletic competitions. May they never end.