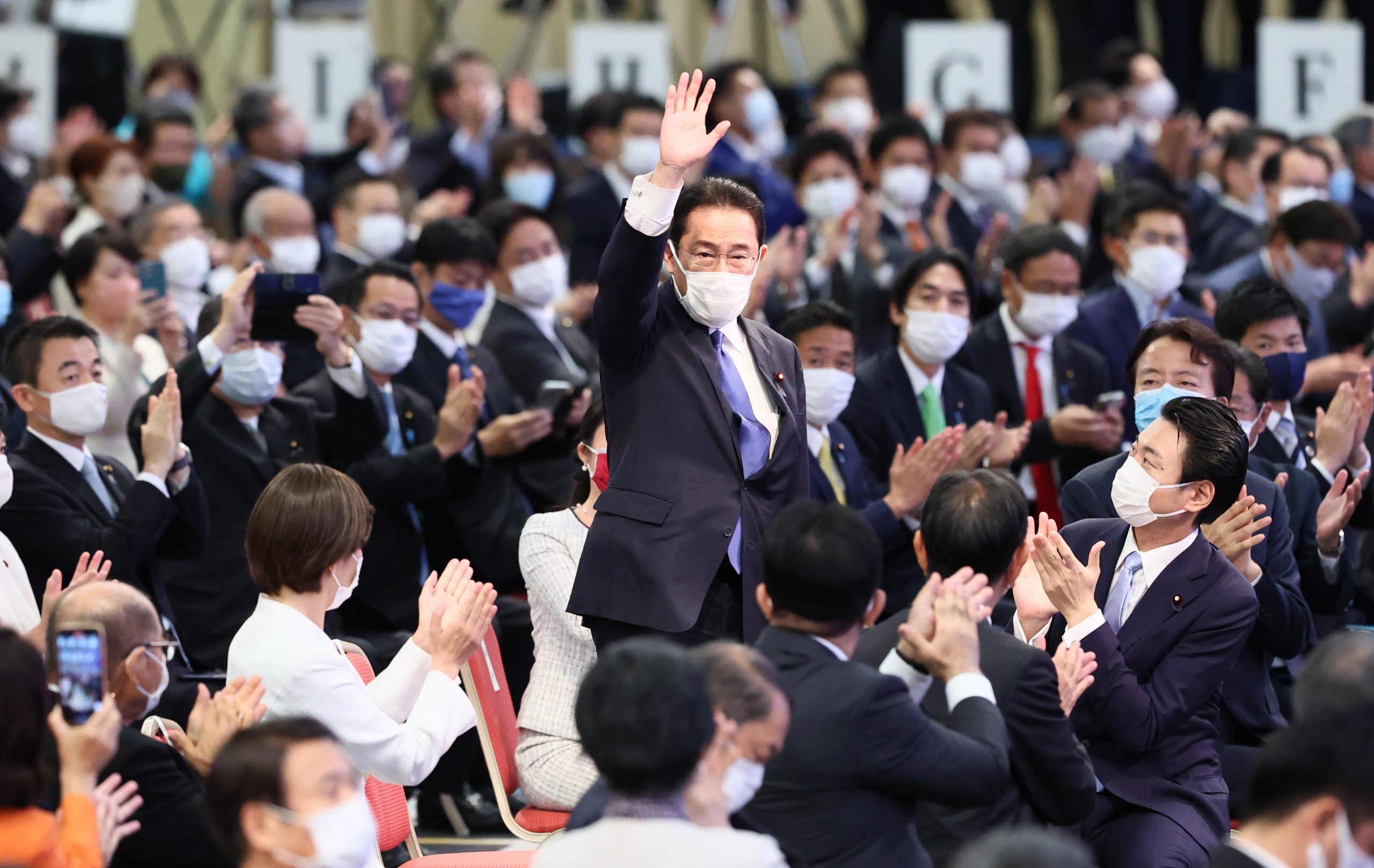 The majority Liberal Democratic party  in the Japanese National Diet, (LDP) held elections on September 29, and chose its next leader: Fumio Kishida.

Kishida’s victory came in the second round of voting where he scored 257 votes, while his opponent Taro Kono gained 170 votes.

In his speech following the victor of the LDP leadership race, Kishida renewed his resolve to tackle COVID-19 policy, as well as to push for continuity in policies forwarded from the Shinzo Abe administration, such as the Free and Open Indo-Pacific and measures against the declining birth rate, among others.

Presenting himself as a “leader who listens to the people,” Kishida told the crowd of LDP party members that this was a time to “come together as one.”

“From today, I will start to run. I would like all of you to run alongside me. […] I am resolved to work hard to lead Japan into a bright future,” said the new LDP president.

The Path To Victory

Four candidates ran for the LDP leader position a in a contest that began on September 17: Fumio Kishida, Taro Kono, Sanae Takaichi and Seiko Noda.

In the first round of voting, on September 29, ballots were collected from the rank and file members of the party from all over the country, who as a group were allotted 382 votes. LDP members in the National Diet were also allotted 382 votes, for a total of 764 votes up for grabs.

Kishida obtained 256 votes in the first round of voting, split between 146 votes from LDP Diet members and 110 votes from rank and file members.

Taro Kono was just one vote behind, with 255 votes in the first round, made up of 86 votes from LDP members of the National Diet and 169 votes from rank and file members.

The other two contestants in the LDP leader race were behind Kishida and Kono. Takaichi came in third, obtaining 188 votes (114 from National Diet members and 74 from rank and file members) and Noda secured 63 votes (34-29).

The second round was a runoff vote between Kono and Kishida. In that round, the LDP Diet members (382 votes) were joined by the 47 votes representing one from each prefecture in Japan.

With the historic conditions of having four candidates putting forward their bid for the top job, it was deemed likely that there would be two rounds of voting to decide who would be the next LDP president.

Kishida, 64, has experience as foreign minister and chief policy maker in the LDP. The Hiroshima native was instrumental in organizing U.S. President Barack Obama’s visit to Hiroshima in 2016. A former banker and a moderate known for advocating for a “new type of capitalism,” he is viewed as more of a team player than his counterpart.

Kono, 58, has experience as foreign minister and defense minister. Since January 2021, he has served as minister in charge of COVID-19 vaccines and was a key figure in facilitating the rolling out over 160 million doses of the vaccine in Japan. Educated in the U.S. and social media savvy, he has long advocated for a generational change in the LDP.

Some might find the result surprising, given Taro Kono’s general popularity in the national polls prior to the election. However, those polls were directed to the wider population, and not to the members of the LDP. Therefore, they were not an accurate depiction of how the vote would go.

The second round of voting, in this case the decisive round, allots more weight to the ballots of National Diet members (382 out of 429 votes), where support for Kono was weaker than for Kishida or for Takaichi.

This LDP election was historic in that, on the morning of September 29, all bets were off. The only faction that had declared its support of a candidate in advance was that of Kishida himself. Members of the other six major factions appeared ready to split their support among different candidates.

Kishida is scheduled to hold a press conference at LDP party headquarters on the evening of September 29, which is expected to include a national appeal highlighting some of his planned policies going forward.

A general nationwide election for members of the Lower House of the National Diet is set to take place sometime in November.