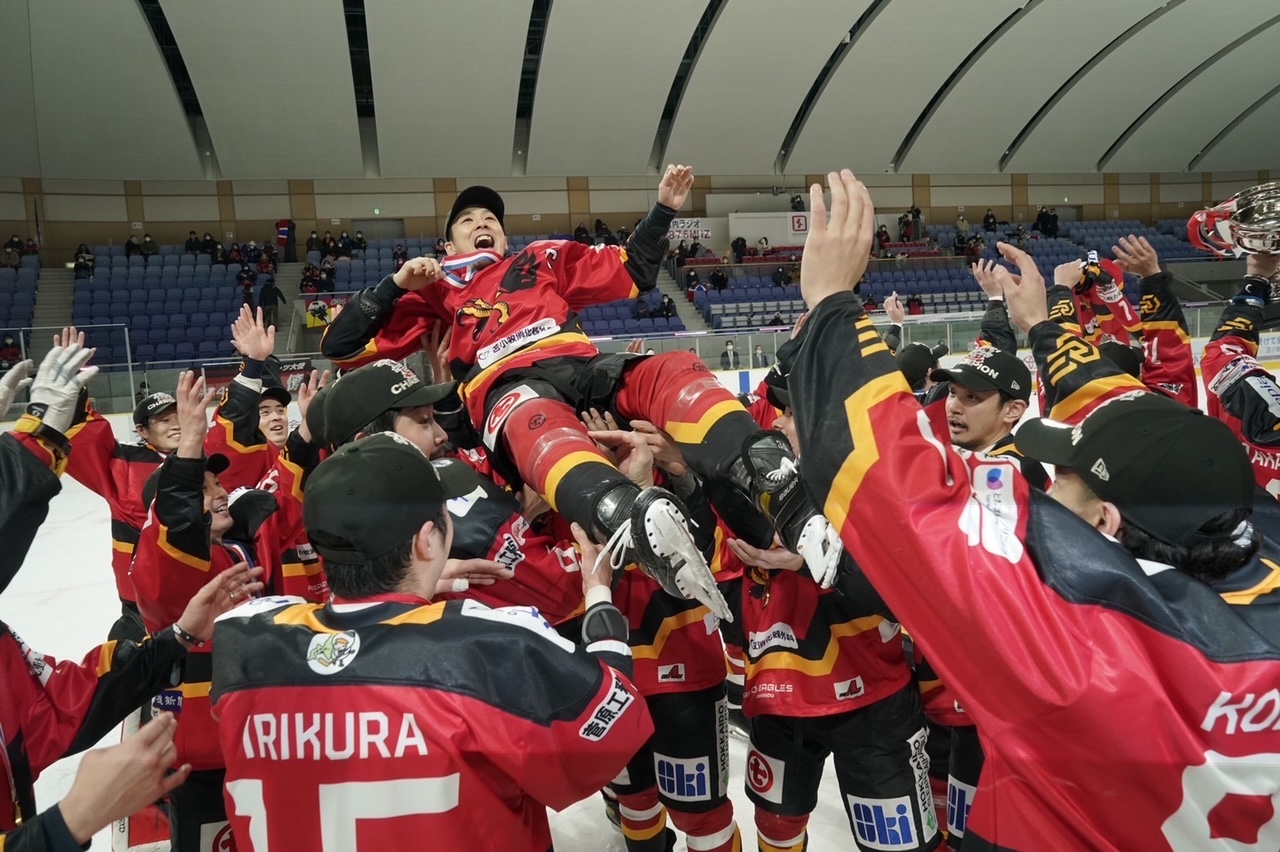 Desperate to extend the series after dropping the first two games at home, the Free Blades led 3-2 late in the second period. But Red Eagles forward Kohei Mitamura scored with just eight seconds left in the second and that shifted the momentum in favor of the hosts.

The third period was all Red Eagles.