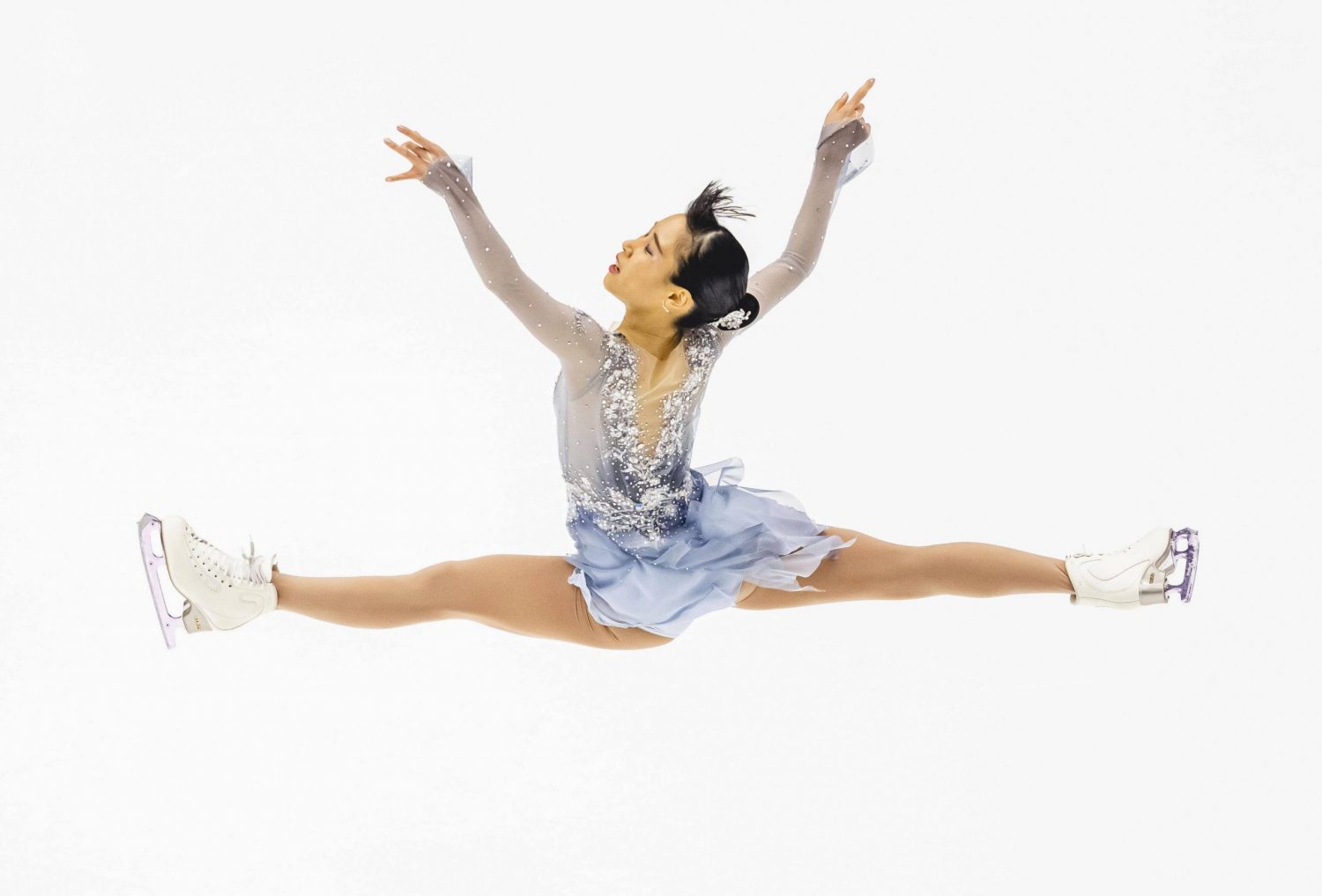 Mai Mihara leaps during her short program routine at the 2022 Grand Prix of Espoo on November 25 in Espoo, Finland. (ISU/GETTY IMAGES/via KYODO)

The locomotive that is Japanese figure skating keeps picking up speed as it steams down the proverbial tracks. In the last Grand Prix of the regular season in Espoo, Finland, the Hinomaru earned three more medals, with Mai Mihara leading the way by winning her second event of the campaign in dramatic fashion on Saturday, November 26.

Mana Kawabe shared the podium with Mihara, finishing in third place, while Shun Sato came in second behind Ilia Malinin of the United States in the men's competition.

The three medals from Espoo bring Japan's total for the GP season to a whopping 19. Far and away the most of any nation this season. The US was second with 13.

In addition to boosting Japan's medal count, the weekend's results also qualified Mihara and Sato for next month's Grand Prix Final in Turin, Italy. Rinka Watanabe also clinched a berth via the placements in Espoo, though she did not compete there.

As promising as all of the aforementioned is, the most encouraging news to come out of Finland was the performance of two-time Japan champion Rika Kihira, who continues to recover from a serious ankle injury that caused her to miss last season.

Kihira finished fourth with 192.43 despite still not being able to use a lutz in her routines as a precautionary measure.