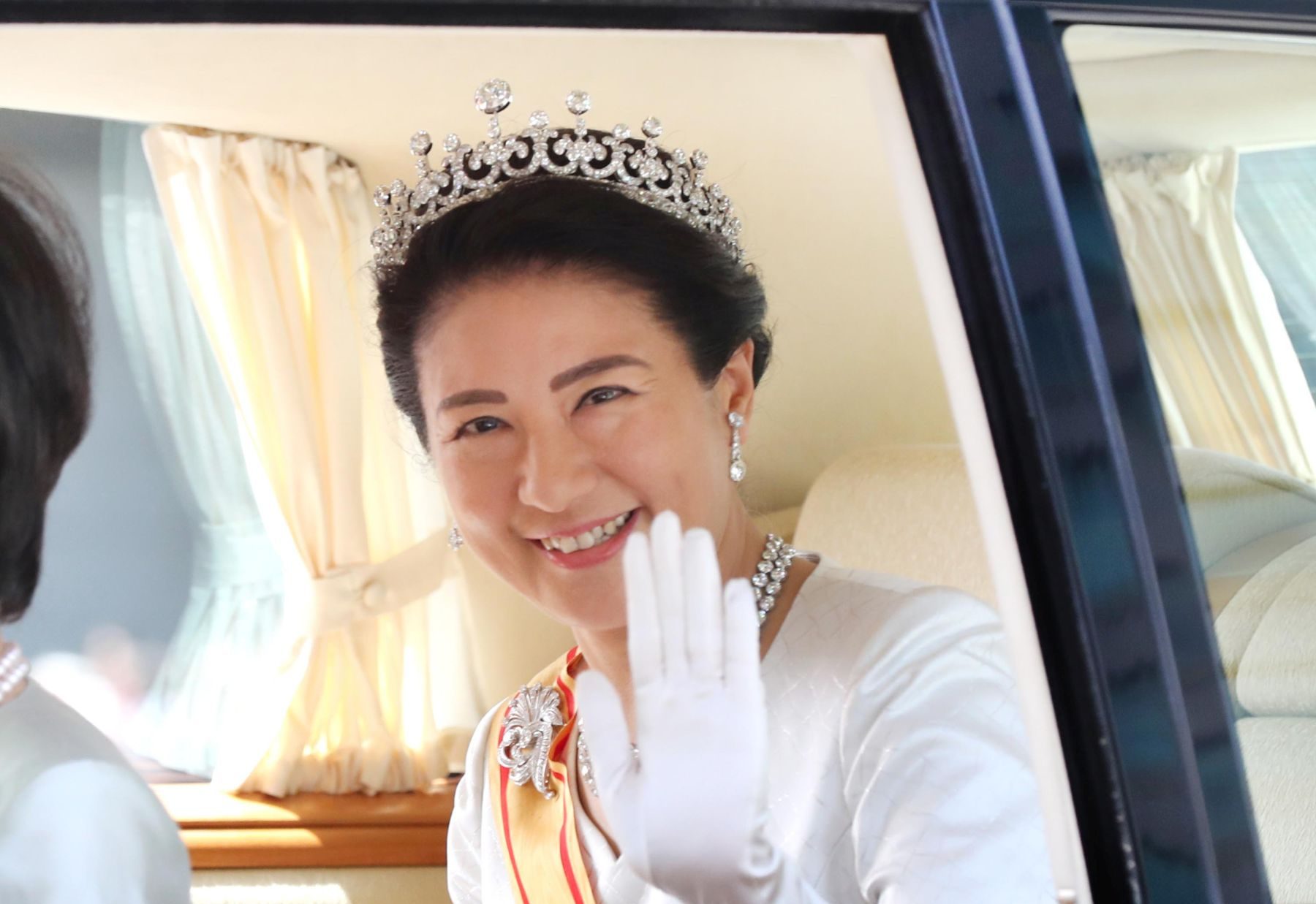 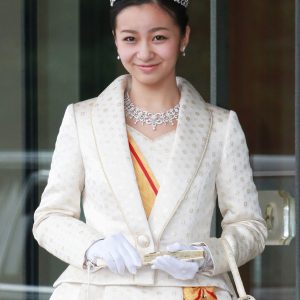 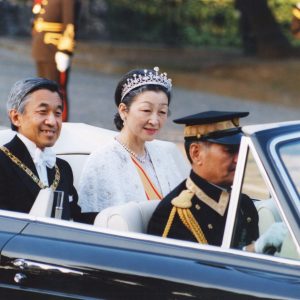 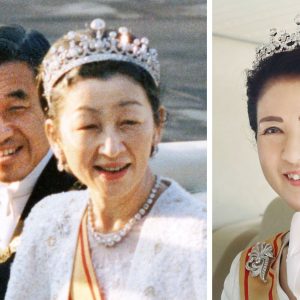 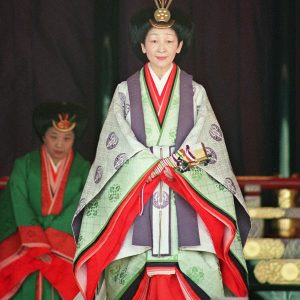 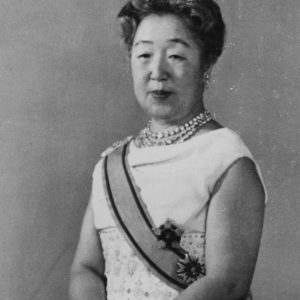 The Emperor and Empress of Japan celebrated their 26th wedding anniversary on June 9, just a month after acceding to the Chrysanthemum Throne on May 1. The recent celebrations have roused public interest in the Empress’s brilliant attire.

Among the points of interest were the tiara she wore at her enthronement on May 1, specific dresses designated for different ceremonies, and the historical formal wear, jūnihitoe (multi-layered robe).

Beginning with the royal tiara, this two-part series will introduce the sacred practice of inheriting precious heirlooms and fun trivia hidden in imperial attire.

A Tiara with a 130-Year History

Magnificent, yet elegant, the tiara symbolizes the majesty and decorum of an empress. For generations, traditionally designed tiaras have been handed down to empresses and crown princesses when their husbands ascended the throne.

Empress Masako wore the impressive “Empress’s First Tiara” in the enthronement ceremonies held at the Imperial Palace on May 1. The radiant ornament is the most distinguished among all the tiaras inherited by past empresses.

The history of the tiara can be traced back 130 years, according to Junko Aoki, an expert on the history and fashion of the imperial family and research associate professor at Daito Bunka University.

Western formal wear was made the official attire for women of the imperial court in 1886, when Japan was implementing Westernization policies that aimed to modernize Japan. Professor Aoki points out that the tiara worn by Empress Shōken, the wife of the Emperor Meiji, has a very similar design to the tiara that was worn by Empress Masako on May 1.

The Tokyo newspaper Nichi Nichi Shimbun published an article on February 2, 1887, reported that the bespoke tiara for Empress Shōken was created by “goldsmiths Leonhard and Feegel from Berlin, Germany” and was adorned with “60 brilliant-cut diamonds.” It also noted that the diamond at the top of the tiara could be removed.

Passing Down the Royal Tiaras

“When Empress Masako received the tiara from Empress Emerita Michiko, she must have felt the weight of everything it symbolizes: her new role as the Empress of Japan and all the responsibility that comes with it,” said Aoki.

Another tiara — the “Crown Princess Tiara” — was handed down at the same time. In this case, the tiara went to Crown Princess Kiko, whose husband Crown Prince Fumihito became presumptive heir to the throne when his elder brother succeeded their father as emperor on May 1. The tiara’s graceful arabesque pattern is the same one that could be seen on Empress Emerita Michiko’s tiara and Empress Masako’s tiara at their weddings.

In the past, orders were made to specific contractors based on no-bid contracts. However, when imperial cousin Princess Yōko of Mikasa became of age in 2003, a bid system with handpicked participants was introduced.

A similar process was followed for the 2011 coming-of-age ceremony of Princess Mako, the eldest daughter of Crown Prince Fumihito, when retailer Wako and jeweler Mikimoto bid their services for the new tiara. The design was finalized based on Wako’s proposals and Princess Mako’s preferences.

For her sister Princess Kako’s coming of age ceremony a few years later, a wide range of companies were solicited. Their designs were judged by a panel of academics, who chose Mikimoto. Each of the new tiara orders amounted to roughly ¥30 million JPY (about $279,000 USD).

These tiaras are not private property. They are considered state-owned, and may be used by the women until they leave the imperial family by marriage.

(Click here to read more about the Imperial family as Japan enters a new era.)