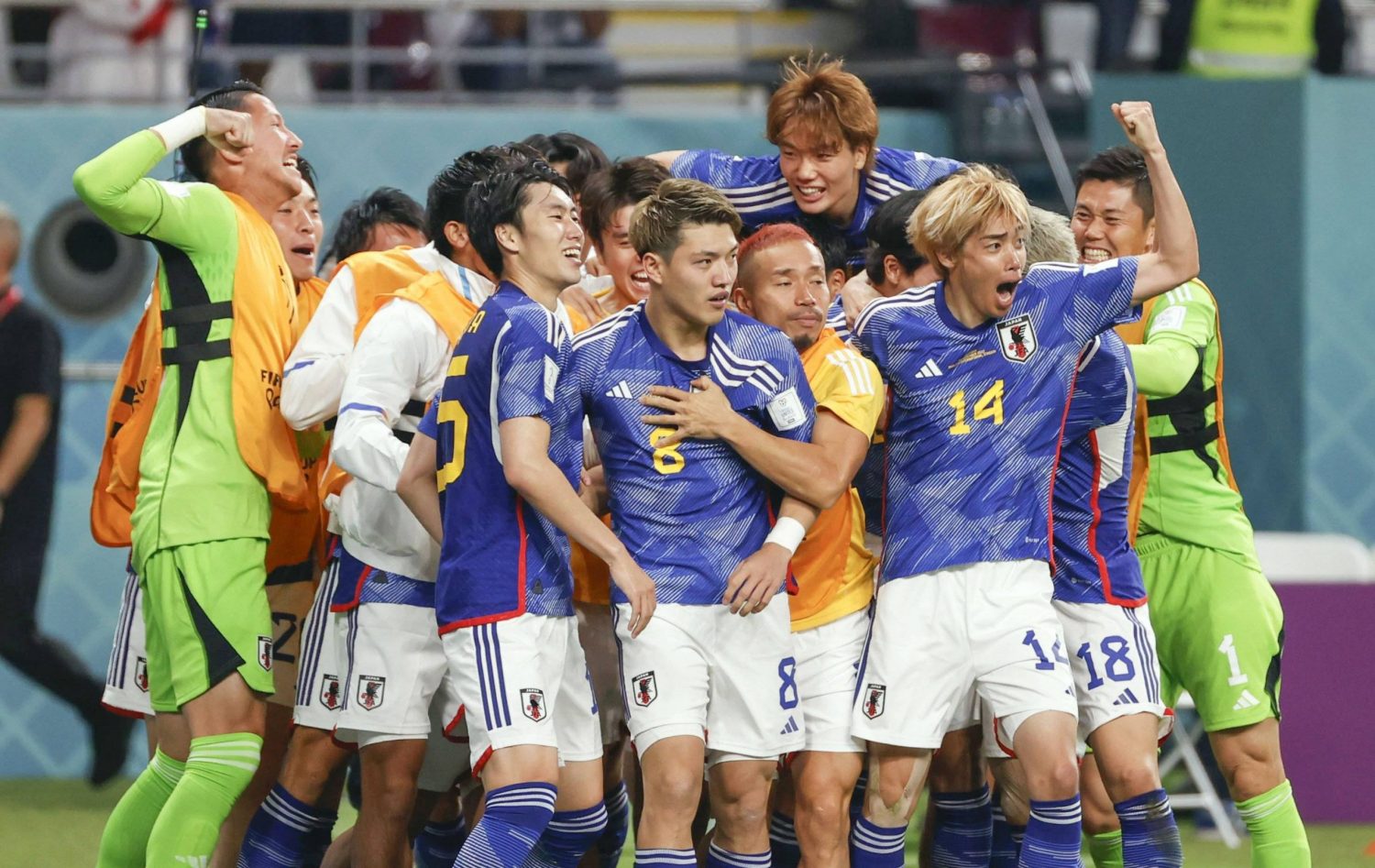 After world No. 51 Saudi Arabia's stunning 2-1 win over third-ranked Argentina on Tuesday, November 22 at the FIFA World Cup, thoughts of another big upset early in the quadrennial tournament danced in Japan fans' minds throughout the national team's tournament-opening match against Germany.

Mission accomplished. The Samurai Blue authored an unforgettable upset of their own. It was an instant classic, in the parlance of many pundits.

Japan, ranked 24th in the world, scored a pair of second-half goals in an eight-minute span to fuel a 2-1 comeback victory over world No. 11 Germany in the teams' Group E opener on Wednesday in Doha. (On Tuesday, Saudi Arabia had also trailed 1-0 at halftime against the two-time World Cup champions.)

Japan's Ritsu Doan, a 71st-minute substitute, delivered the tying goal in the 75th minute. Teammate Takuma Asano, who entered the match as a substitute in the 57th minute, added the second in the 83rd at Khalifa International Stadium as four-time World Cup champion Germany (1954, 1974 and 1990 as West Germany and most recently in 2014) suffered an unexpected defeat.

It was Doan's first goal for the national team since January 24, 2019, against Vietnam in the Asian Cup.

Describing his mindset about entering the match as a second-half substitute with Japan trailing 1-0, Doan said: "I entered with a strong feeling that I'm the one who will decide, and I'm the only one."