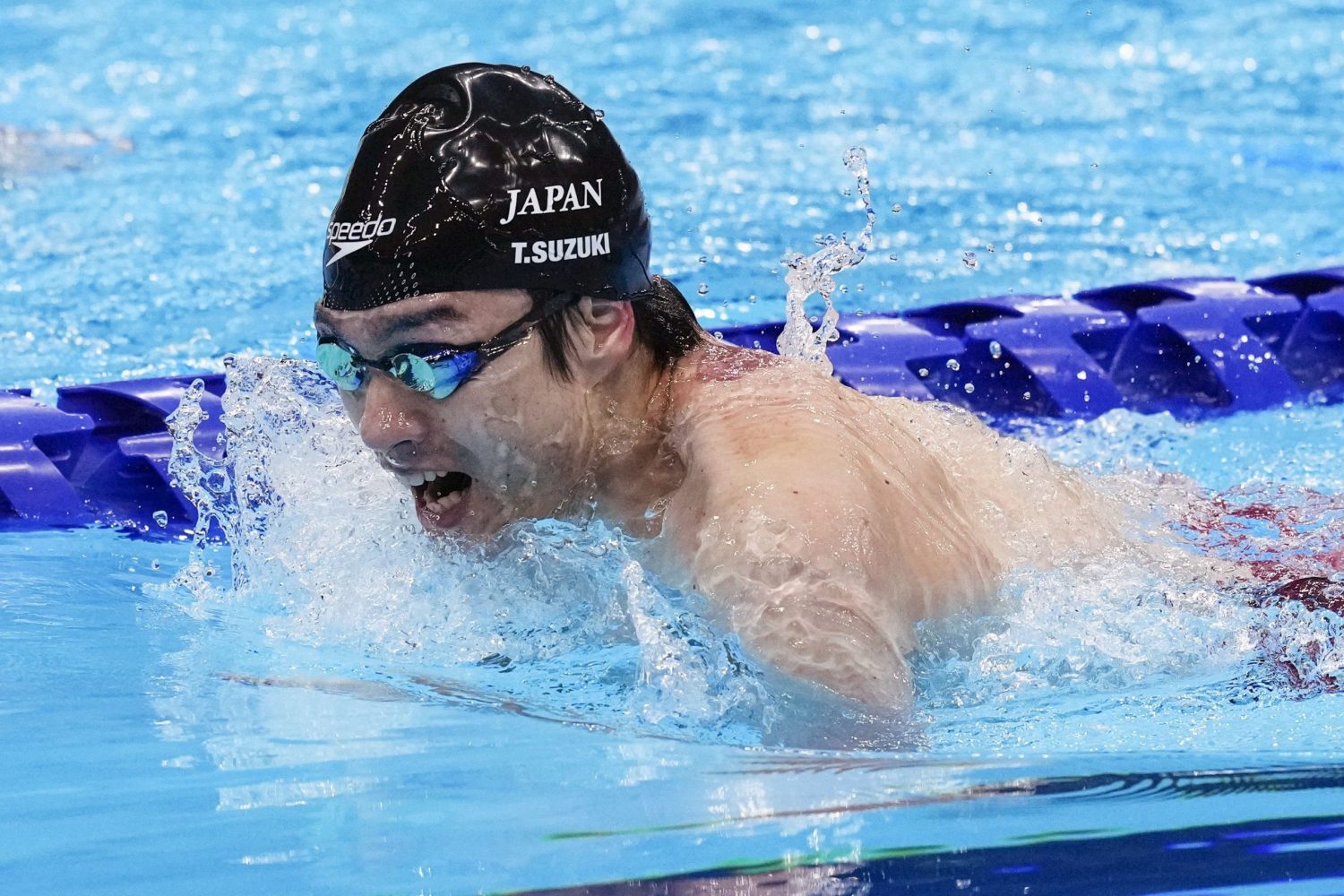 The Tokyo Paralympics delivered an abundant mix of success stories, record-breaking feats and personal tales of courage from start to finish.

When it was over, Japan’s Paralympians had amassed a total of 51 medals (13 gold, 15 silver and 23 bronze). What’s more, Japan received medals every day of Paralympic competitions, August 25-September 5.

Japan, which had a 254-athlete contingent, placed 11th overall in total medals, and one shy of its best overall showing in Paralympic Games history. The Asian nation collected 52 medals (17-15-20) at the 2004 Athens Paralympics.

Sixty-two of the 162 nations won at least one gold medal, and more than 4,400 athletes participated in 539 events in 22 sports.

Japan’s medal tally represented a massive increase from its overall performance at the 2016 Rio Paralympics, where it finished with 24 medals (10 silver and 14 bronze). At the 2012 London Games, Japan had a 16-medal haul (5-5-6).

Contrast Japan’s recent performances with its results from the 1964 Tokyo Paralympics, when the host nation had a 16-athlete delegation. Fifty-seven years ago, Japanese Paralympians earned 10 medals (1-5-4).

Of Japan’s 51 total medals, here’s a rundown of the sports the irreplaceable mementos came from.

Yamada, 14, placed second in the women’s S2 100-meter backstroke on August 25, a day after the aspirational, upbeat Opening Ceremony.

As reported in the Paralympic Roundup for Day 1 of events, the Niigata Prefecture native completed the race in 2 minutes, 16.61 seconds.

“I was third overall in the qualifiers, and I didn’t think I could get silver, so I’m very happy,” Yamada, who was born without arms and with legs of different lengths, told reporters after the race at Tokyo Aquatics Centre.

“Since I was so nervous in the qualifying, I am sure that I will be even more nervous in the final, so I decided to open up in the final, smile at least, and have fun,” she explained. “I took my coach’s advice to slow down my strokes, and tried to be calm and not be overwhelmed. It was the most thoughtful race I have ever done.”

Another swimmer, Takayuki Suzuki, became Japan’s first gold medalist of the Tokyo Paralympics on August 26. The five-time Paralympian from Hamamatsu triumphed in the men’s S4 100-meter freestyle in a personal-record and Paralympic-record time of 1:21.58.

Suzuki also was the host nation’s most successful Paralympian this year, collecting five medals, including a pair of silver (50 free and 200 free, both in the S4 category) and a pair of bronze (SB3 50 breaststroke and SM4 150 individual medley).

In a decorated career as an athlete, the 34-year-old, who was born without a right leg, a shortened left leg and a right arm that doesn’t extend beyond his elbow, has earned 10 medals in Paralympic Games stretching back to 2004.

Reflecting on his Tokyo experience, Suzuki told Olympics.com he achieved his goal of securing at least one medal.

“I wanted to win a medal,” he admitted. “I couldn’t go home without one. The memory of not winning any medals in the Rio 2016 Games weighed heavily on me, and I was determined to do whatever I can to win a medal. I changed my techniques and my training routine. Training in England helped me become more independent and I was also able to look at myself objectively.”

Moments of glory and euphoria in the pool were transported to 11 additional sports for Japan’s Paralympians ー sports in which they collected medals.

Sugiura was in top form in the road time trial, which had two 8-km laps. She finished atop the chart in 25:55.76, more than 22 seconds ahead of the runner-up.

In a 2016 triathlon accident, Sugiura suffered paralysis on the right side of her body after falling off her bicycle.

She contemplated retirement after turning 50 last December, but eventually discarded that idea.

“I’m really pleased that I didn’t quit,” she was quoted as saying by Kyodo News. “People around me supported me to continue this sport. Maybe I’ll give motivational talks everywhere on how to win a gold medal at my age.”

Sugiura was back on the track for the women’s C1-3 road race on Friday, September 3. She emerged victorious in the 15-woman competition in the 39.6-km test of speed and endurance, besting the field in 1:12.55.

Athletics competitor Tomoki Sato improved in both of his specialty events from the 2016 Paralympics to this year’s extravaganza, winning the men’s T52 400-meter final and the 1,500. He was the silver medalist in both events in Rio.

Sato sustained spinal cord inflammation, also known as myelitis, in 2010. Competing in wheelchair races, he has mastered the techniques to be a top-level racer in the T52 class, which the International Paralympic Committee described this way: “Athletes use their shoulder, elbow and wrist muscles for wheelchair propulsion.”

In the run-up to the Closing Ceremony, Sato, who resides in Okayama, spoke about the personal challenges that Paralympians faced in the midst of the global pandemic.

“The year [following the postponement of the Games] was a struggle not only for athletes, but for many people,” he said, according to Kyodo News. “Athletes from each country came here determined to still perform at their peak, and with this in mind, I wanted to make sure I gave my best.”

The next morning, the 23-year-old Satomi, who was paralyzed in her lower body in a traffic accident in 2016, teamed up with Yuma Yamazaki against China’s Yutong Liu and Menglu Yin in the gold-medal match. Maneuvering their wheelchairs in the right positions and reacting to the flying shuttlecock, Satomi and Yamazaki took the title with a 16-21, 21-16, 21-13 decision, as chronicled in this report.

It was a potent test of will and skill for the Japanese partners. Along with Liu and Yin, the four badminton players produced riveting rallies for those watching at Yoyogi National Stadium or on TV screens or other devices around the world. Rapid-fire hits in succession punctuated the match, with top rallies of 33, 39 and 34 strokes in the first, second and third games.

Satomi exuded confidence and heart-on-her-sleeve emotions throughout her title matches.

“I always aimed to become the first gold medalist, in either the singles or doubles. I am glad I managed it and I can take great confidence from that,” Satomi told reporters.

Badminton and taekwondo made their Paralympic debuts in Tokyo.

Nine years after winning his second wheelchair men’s singles title at the London Paralympics, all-time great and top-seeded Shingo Kunieda added to his collection on home soil with a 6-1, 6-2 victory over the Netherlands’ Tom Egberink on September 4.

“I didn’t think about winning or losing,” Kunieda said. “I just tried to focus on what I needed to do on the court. It’s an unbelievable feeling.”

Kunieda flew to New York after his successful Paralympic campaign to compete in the U.S. Open.

Hidetaka Sugimura generated excitement with a slew of well-placed shots in the mixed individual BC2 boccia final on September 1. In doing so, he defeated the 2016 Rio Games champion, Watcharaphon Vongsa of Thailand, 5-0.

Sugimura and his BC2 counterparts, who have cerebral palsy, compete in wheelchairs. Their keen concentration, pinpoint accuracy on the toughest shots and clever strategizing produced compelling drama for onlookers ー and perhaps a growing audience in the future.

Similar unbelievable feelings were experienced by Japan’s other gold medalists:

In addition, the satisfaction of receiving medals and sharing the excitement with support staff and coaches brought happiness to members of Japan’s mixed gender wheelchair rugby squad (third place). The same was true for the women’s goalball squad (also a bronze medalist) and the men’s wheelchair basketball team, which claimed its first-ever Paralympic medal (silver) in the sport.

The United States defeated Japan 64-60 in the wheelchair basketball final at Ariake Arena, winning its second straight title in the sport. The result delivered Japan its 51st and final medal, and impressed its final opponent along the way.

“Japan was the Cinderella story of this tournament but you couldn’t ask for a more storybook ending for us. We were up against a great team, in their home country, their home stadium, and we had a performance like this,” Team USA player Steve Serio concluded.