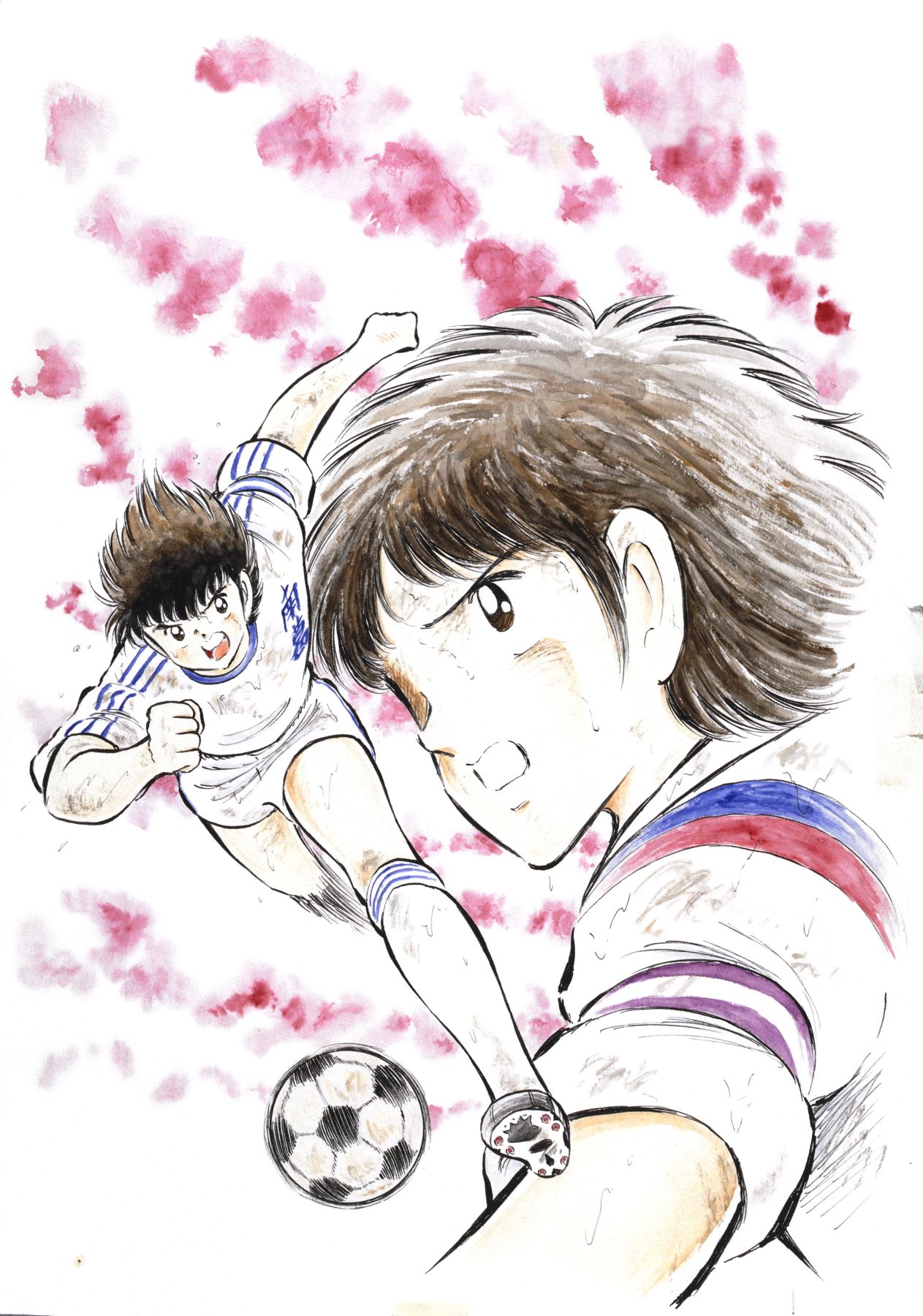 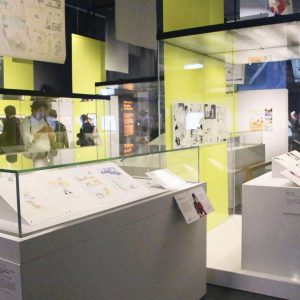 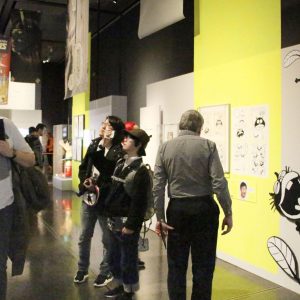 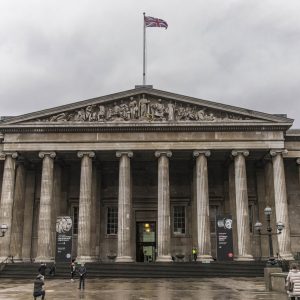 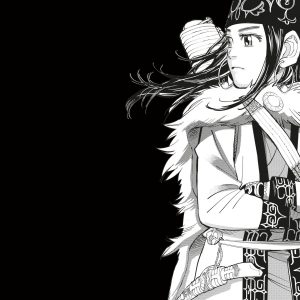 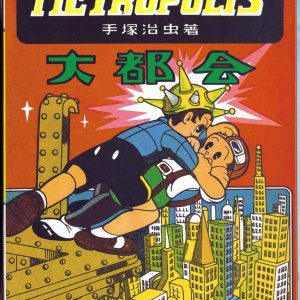 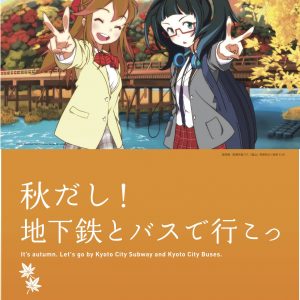 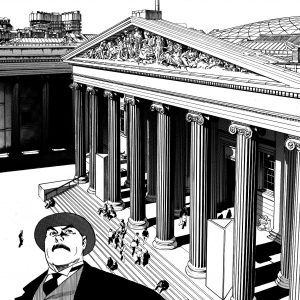 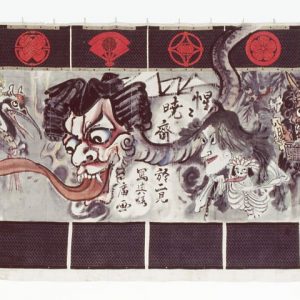 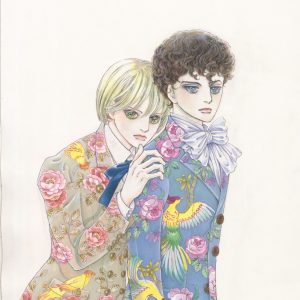 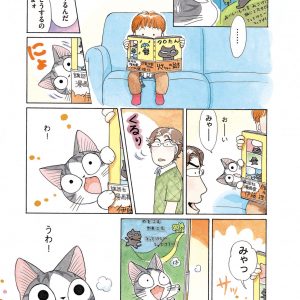 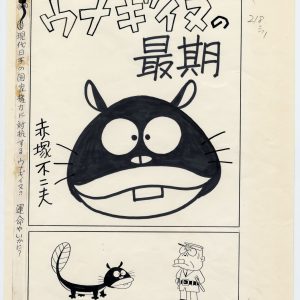 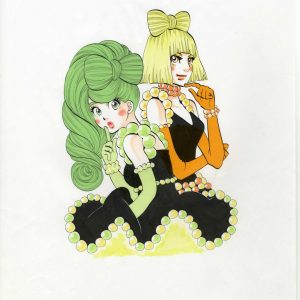 The largest exhibition of manga ever held outside Japan has opened in London.

The British Museum is showing a striking collection of around 160 pictures, as well as videos, statues, and books. There is even an area where you can dress up in a manga costume and have your picture taken.

The aim of the show is to immerse its visitors in manga. Japan’s Ambassador to Britain, Koji Tsuruoka, has described it as “the crown jewels” of the U.K.-Japan Year of Culture.

The British Museum’s director, Hartwig Fischer, said it offers an opportunity to reflect on the relationship between manga and society and to see a “new dimension” of Japan.

“We give people a lot to look at and a lot to think about,” said Mr. Fischer. “The British Museum tells the world’s stories, over tens of thousands of years, and manga is one of the most popular forms of storytelling today, based on a tradition going back centuries.”

He continued: “Manga tells us stories which are relevant and address questions which matter to us all. It also looks at aspects of life which are challenging. In this exhibition, we celebrate the intimate aspects of manga and acknowledge its global power and presence.”

The exhibition includes examples of some of the most popular manga series in Japan, including pictures by famous artists such as Tezuka Osamu (Astro Boy and Princess Knight), Akatsuka Fujio (Eel Dog), and Toriyama Akira (Dragon Ball).

Mr. Takahashi started drawing the series in 1981, and it has gone on to sell more than seven million copies, as well as being turned into a hugely popular television series, which appeals across the generations. It is even a hit in China.

“I wanted to tell a story about a boy who has great ambition and achieves his goals,” Mr. Takahashi said of his manga’s hero, Tsubasa Ozora. “Soccer is a team sport, but the rules are quite flexible, so that allows for a certain freedom of expression.”

The pictures portray the boy in athletic poses as he plays passionate football. The manga helped spread the popularity of the sport in Japan, leading to the formation of the J-League in 1992.

Captain Tsubasa has been published in French, Spanish, and Italian. An Arabic version was recently distributed to children living in refugee camps in Syria, as part of an effort to lift their spirits.

But why is the boy called Tsubasa?

“In Japanese, tsubasa means wings. So it’s a way to show children they can grow their own wings and chase their dreams,” explained Mr. Takahashi.

In the many years since he started drawing the series, he has sometimes considered bringing it to a close and moving onto other projects. “But then Captain Tsubasa comes to me in my dreams and asks me if I can give him another chance to let him play again. How can I let him down when he makes such a request?” he said, laughing.

Mr. Takahashi’s inspiration for the Captain Tsubasa manga came primarily from comics such as Star of the Giants and Ashita no Joe, which were about baseball and boxing.

However, some of the visual language of manga culture can be traced back to much earlier forms of art, such as those used by the 19th-century artist Katsushika Hokusai.

The British Museum’s Fischer describes Hokusai as one of the “great gods” for contemporary manga artists and explains that the original translation of the characters for manga was “pictures run riot.”

The exhibition includes a spooky picture by Hokusai, showing a ghost about to take revenge on the wife who killed him by raising the mosquito net which protects her from insects as she sleeps.

The exhibition’s curator, Nicole Rousmaniere, says Hokusai’s ghost picture is an example of the fertile ground from which manga grew.

Another example is a huge theater curtain created in 1880 by the painter Kawanabe Kyosai. It features actors in the form of demons and ghosts, blurring the worlds of fantasy and reality.

The curtain is so delicate that Waseda University, which owns it, has decided this will be the last time it will travel outside Japan.

Contemporary manga looks at relationships, especially romance. Shojo manga, which began in the 1950s, looks at the world from a woman’s perspective.

The exhibition includes an example of a picture from Princess Knight by Tezuka Osamu, in which the main character, Sapphire, receives both a male and a female soul from God. She goes on to be raised as a prince but inwardly retains her female identity.

Rousmaniere said, “Manga can sometimes tell stories about people whose stories are not usually told.”

She also believes that the emotional power of manga is important. “It can help relieve pain and has a cathartic quality.”

Usually the readers of manga books flick through them quickly, taking in the outline without giving the pictures much consideration. However, this exhibition encourages visitors to reflect upon the great artistic skill involved in telling the stories.

Stepping into the British Museum to see the pictures enables one to appreciate them in a deep way and to share one’s pleasure with others.

The Citi exhibition Manga will run from May 23 to August 26, 2019, in the Sainsbury Exhibitions Gallery at the British Museum.

Duncan Bartlett is the editor of Asian Affairs and the founder of the news portal, Japan Story. He is a regular contributor to JAPAN Forward.