The Heart of a Swordsman: 10 Years of the ‘Rurouni Kenshin’ Films 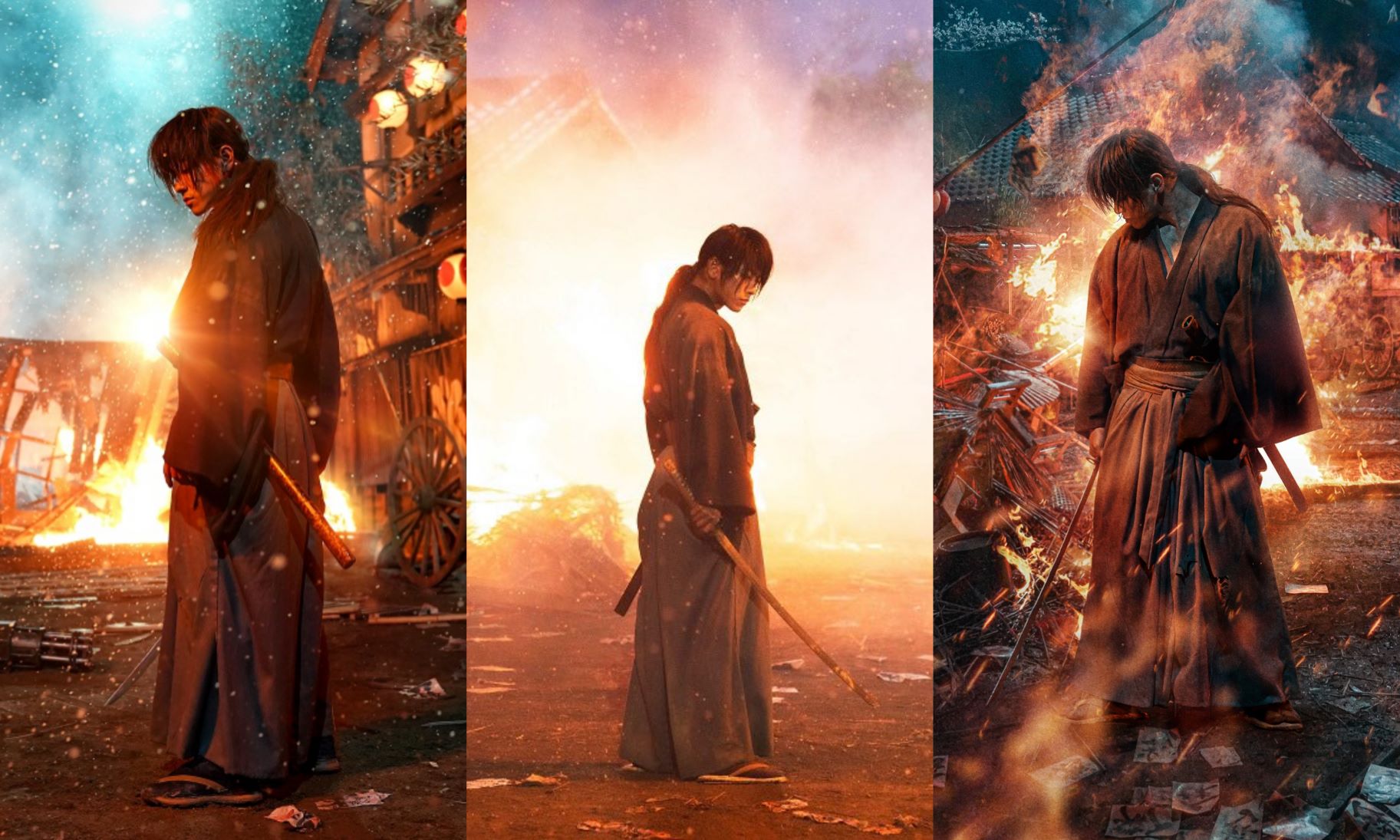 Regarded by many as perhaps the best live-action movie adaptations based on an animé or manga, the Rurouni Kenshin film saga is finally coming to a close. After a decade, not one but two movies will bring the story of the beloved swordsman, Kenshin Himura, to full circle at last.


The film franchise tells the story of Kenshin Himura, a feared assassin-turned-peaceful swordsman living in Meiji-era Japan. He has taken up a solemn vow to never kill another human being again, going as far as wielding a sword with a dull, “reverse” blade to fight enemies that threaten the peace of the country and the lives of his new-found friends.

The first three films — Rurouni Kenshin, Rurouni Kenshin: Kyoto Inferno, and Rurouni Kenshin: The Legend Ends — were released in 2012, 2014, and 2014, respectively. The film franchise, including the two upcoming ones, is based on the best-selling manga series of the same name which was serialized in the popular Weekly Shonen Jump from 1994 to 1999. (Before the films, it was also made into an animé series, often known in some countries as Samurai X).


The two final films are based on the manga’s “Jinchu” story arc and will serve as an eye-opener into Kenshin’s past, which has returned to haunt him and those he currently holds dearly. Here, he struggles to overcome the personal and emotional consequences of his days as an assassin.

The Final is the conclusion of Kenshin’s story, but not the last one in the film series. It showcases Kenshin and his comrades as they go up against Kenshin’s most personal and dangerous enemy to date: Enishi Yukishiro, a man out to exact revenge on the former assassin for killing his sister, whom Kenshin was married to.

If that description left you with a ton of questions, then fear not. There is The Beginning, which will serve as a prequel to the film series and will give you the answers you need. It will detail Kenshin’s life as the infamous “Battousai the Manslayer” during the final days of the Bakumatsu, the intricate circumstances that will lead him to meet the woman that is Tomoe Yukishiro, and how all of this will culminate into the origin of the cross-shaped scar on his left cheek as well as his vow to never kill again.


On March 24th, the Rurouni Kenshin movie team live streamed a free global fan session, where the main cast of the two final films and franchise director Keishi Otomo shared a few insights into making all five films starting in 2011.


Here are some of the things they had to say:

With regards to the conclusion of Kenshin’s story, Otomo stated that he felt that, unless they properly explored Kenshin’s past — specifically, the tragic origin of his scar — there would never be true closure to the tale of the wandering swordsman. This led to the creation of The Beginning. In turn, this prompted them to showcase the events that tie into all of this: Enishi’s quest for vengeance for the death of his sister, thus setting up the premise of The Final.


Through these films, director Otomo hopes that Tomoe’s addition to the story will help the audience make some sense of Kenshin’s identity and renewed humanity as he continues to live in the new age after the end of his days as a manslayer.

With regards to a slight confusion among audiences, director Otomo clarified that the decision to release The Beginning after The Final was well-thought out as he felt that it was appropriate to “end” it all where it all began, and thus bring the audience to full circle over Kenshin’s story.

Satoh proudly stated that being Kenshin for the last decade has defined who he is, and that it has motivated him to continue making films that can live up to what he has done in portraying the former manslayer. He said he was grateful for the opportunity to make these last two films due to their significance to Kenshin’s story, especially The Beginning as a complete, immersive experience on its own in exploring Kenshin’s past.


He then went on to compliment each of his castmates, especially the newcomers, on their dedication, talent, and camaraderie throughout the entire Kenshin film saga.

Arata was a fan of the Rurouni Kenshin movies when he was a teenager, and confessed that he fanboyed upon meeting Takeru Satoh for the first time on the set. “So I went shooting, and Kenshin was there, he’s real. I’m a fan, but I had to fight with him, and I had to switch [my mindset],” he recalled.


In addition to teasing fans about how explosive and action-packed the fight scenes are in The Final, Arata revealed funny moments from the film shoot, such as when he was unable to walk for a while after an intense fight sequence, and when Satoh broke part of the film set as they welcomed the Reiwa era.

Arimura said that, when she accepted the role, she was fully aware of the weight of the character of Tomoe in Kenshin’s story. She was determined to play the role beautifully as she wanted none of the franchise’s efforts to go to waste.

Director Otomo confessed that he encountered a particular challenge on how to properly convey Tomoe’s complicated feelings towards Kenshin. Tomoe, after all, had originally set out to track down Kenshin to achieve a personal vendetta, but fell in love with him instead. Arimura was able to flawlessly execute the role — something that Satoh complimented her on, saying he felt like his character had known hers for a long time during the filming of their scenes together.

(Author’s note: This is not the first time Satoh and Arimura worked together on a film! They were in 2016’s Somebody, where they were both lead characters).

In The Beginning, like Kenshin, Eguchi’s character will be showcased in a different light: this time in his role as a shogunate captain before the end of the Bakumatsu. With Saito being enemies with Kenshin during this era, Eguchi briefly exclaimed how excited he was to duel with Takeru Satoh. Satoh, in turn, said he always felt motivated to give his all in their fight scenes as Eguchi took the role very seriously from the start.

Eguchi also likened the franchise to famous film director Akira Kurosawa’s works, describing it as being rich with the samurai Bushido spirit.

Also present during the live streamed event were cast members Emi Takei, who plays Kaoru Kamiya, a compassionate fighter and ally and love interest to Kenshin; Munetaka Aoki, who plays Sanosuke Sagara, best friend to Kenshin and a headstrong fighter; Tao Tsuchiya, who plays Misao Makimachi, a female ninja who has become Kenshin’s dependable ally; and Issey Takahashi, who portrays Kogoro Katsura, the military leader who recruited a young Kenshin to become an assassin during the Bakumatsu.

The series’ massive following and positive reception overseas — in particular, the Philippines — was also happily discussed by Takei and Aoki. They described how glad they were that the films made such a passionate connection to people outside of Japan, especially with the Filipino people.

While no international release dates have been revealed yet for The Final and The Beginning at the time of writing, overseas fans have continuously expressed their eagerness and anticipation for a way to watch the film despite the pandemic. Many are clamoring to put the movies up on reputable, paid streaming platforms or make it available for online pay-per-view.


Even with the Rurouni Kenshin film franchise reaching its end after 10 long years, these movies have ensured that the legacy of the redhead swordsman with the cross-shaped scar will live on for many decades to come.

All for the future.