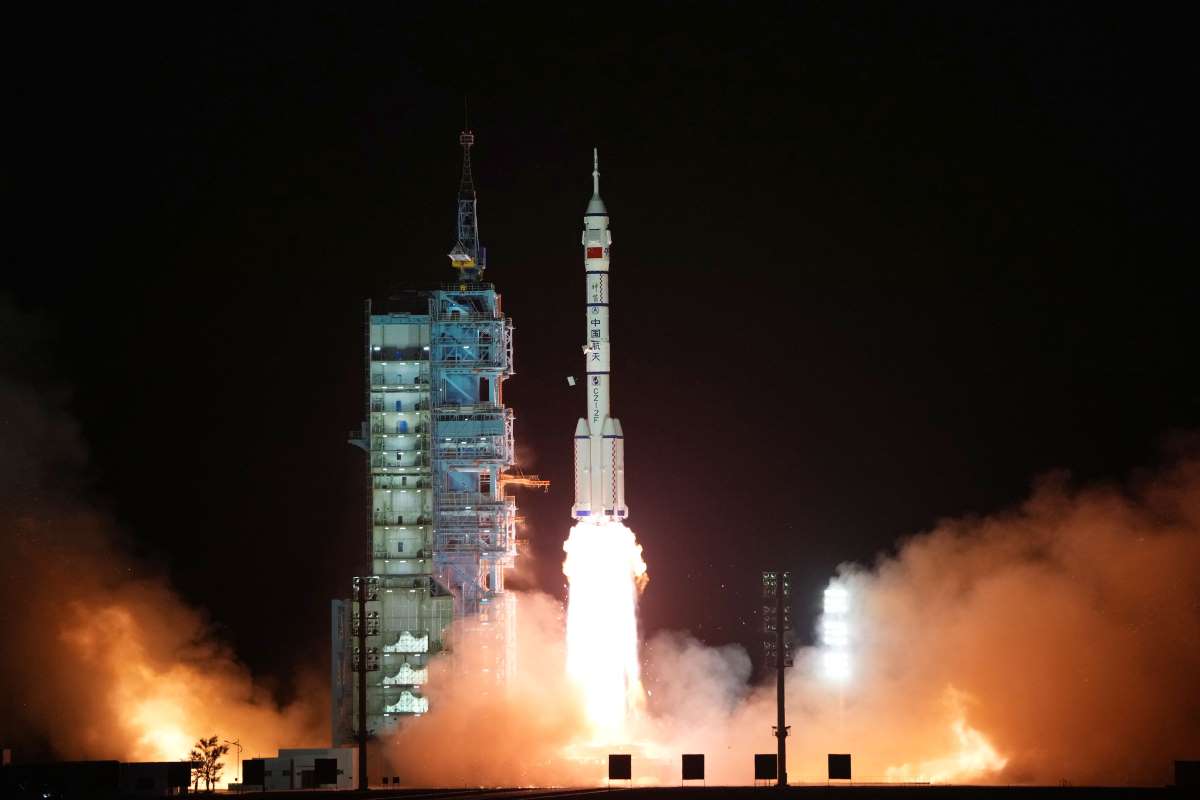 The Long March 2F Yao 15 rocket carrying the manned spacecraft Shenzhou 15 is launched at the Jiuquan Satellite Launch Center in China on November 29, 2022 (Xinhua via Kyodo).

Space exploration has been an arena of competition and speculation among the major powers. The Cold War saw a fierce space race between the United States and the Soviet Union in satellite launches, manned space flights, and lunar exploration.

In contrast, the International Space Station (ISS) was a collaboration project between the US, Japan, and European countries. It began construction in 1998 under the leadership of the US and became a shining symbol of international cooperation. Russia also joined the project after the Cold War ended.

Much has been achieved aboard the ISS. For instance, new drugs and medical care for the elderly have been developed by conducting experiments in an environment vastly different from that of the earth, including microgravity, high-intensity solar energy, and cosmic radiation.

Furthermore, various research led by participating countries has led to innovations to improve life in space and on earth. ISS operations are expected to be extended from the original 2024 to 2030.

The Symbolism of Space Exploration

Kazuto Suzuki, a professor of science and technology policy at the Graduate School of Public Policy at the University of Tokyo shares his insight into national space policies. He explains, "Much of what happens in space exploration is about symbolic meaning. There won't be any substantial changes even if ISS operations were to cease."

But in terms of the space race, he says, "The US and China are not on the same playing field when it comes to space exploration. China is going after what the US achieved 20 years ago. Meanwhile, the US, Europe, and Japan have their eyes set on the moon. It's almost as if they're playing a different game."

Professor Suzuki also notes, "Each country has its own image and purpose of traveling to space."

For example, space exploration for the United States is an extension of its frontier spirit, which dates back to its territorial expansionism in the 19th century. The Soviet Union thought of space exploration as a way to establish the superiority of communism. Now, Russia seems to be motivated by territorial expansionism. Meanwhile, for the People's Republic of China, which has been trying to catch up with the major powers since its founding, space is just another field for chasing superpower status.

As for Japan, Suzuki says, "Japan must first join and remain in the international community [of space exploration]. Then, within this framework, Japan should try to find ways to enhance its presence, even as a small country."

But concerns have arisen regarding how China plans to operate Tiangong. Professor Suzuki, for instance, raises China's use of rockets to transport materials to the space station.

He is referring to the Long March 5B rocket, which China developed to transport construction materials for the space station. It has a single-stage engine instead of a multi-stage engine and flies straight into orbit.

After completing its delivery, the rocket's engine falls back to Earth. Given its size, the engine doesn't completely burn up in the atmosphere, meaning that it plummets uncontrollably toward the earth as debris. This poses major risks as there is no way to accurately predict where the debris will land.

Furthermore, the Outer Space Treaty outlines the peaceful use of outer space and the prohibition of states from owning celestial bodies. Although it has been ratified by more than 100 countries, there is no guarantee that China will abide by such international rules.

Professor Suzuki concludes, "We should keep a vigilant eye over China's rocket launches and how it operates its space station."

(Read the article in Japanese.)