With Japan’s Withdrawal, What Lies Ahead for the International Whaling Commission’s Scientific Committee? 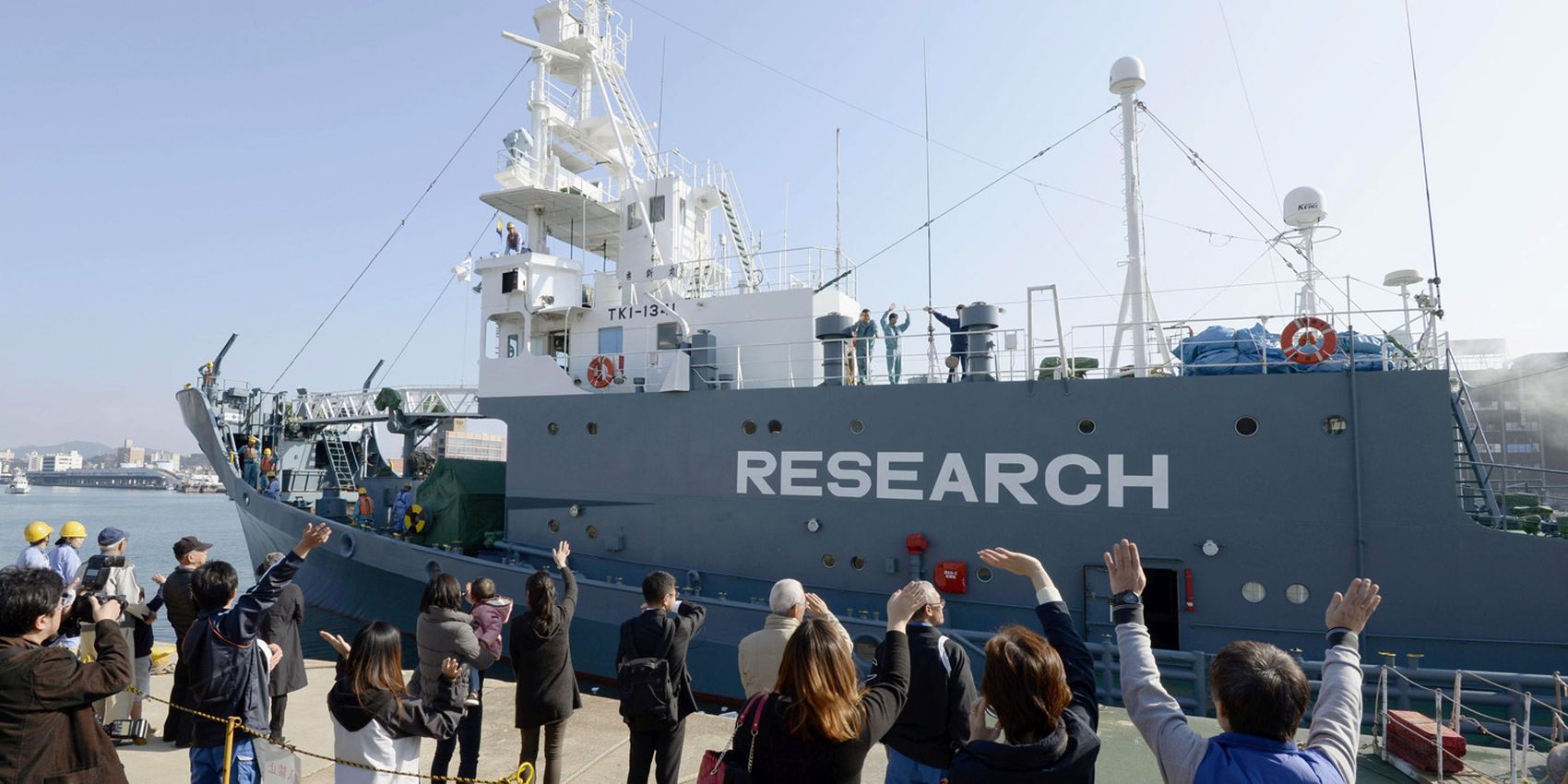 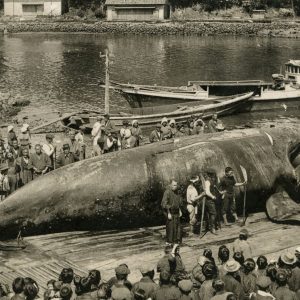 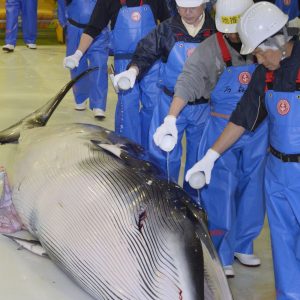 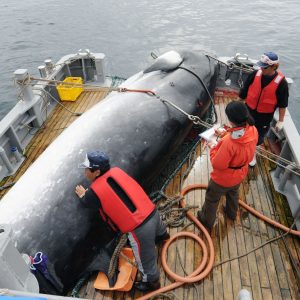 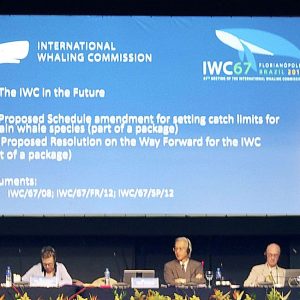 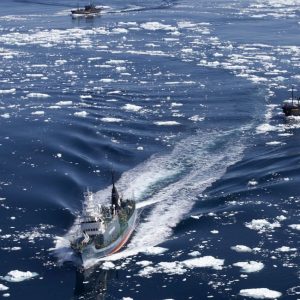 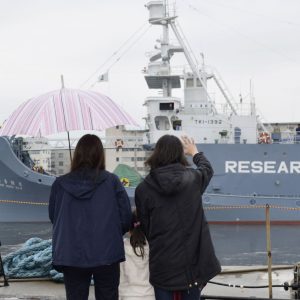 The Japanese government announced on December 26, 2018 that Japan will withdraw from the International Convention for the Regulation of Whaling. Inevitably in the wake of that decision, Japanese national cetacean scientists will probably find stepping away from the Scientific Committee (SC) of the International Whaling Commission (IWC) unavoidable.

It was in November 1978 that I first became involved in the SC of the IWC. I was then in in my second year as a Ph.D. candidate at Hokkaido University. At the time, I took part as an international researcher in what was called the First Southern Hemisphere Minke Whale Assessment Cruise in the Antarctic, under the IWC’s International Decade of Cetacean Research (IDCR) program. For almost four decades since, a significant portion of my life has been spent carrying out research in different departments of IWC/SC.

The Role of Science

Under the auspices of the IWC, the SC operates throughout the year through its various organs, including subcommittees specializing in different fields of study and specific working groups. There are approximately 200 members, most of whom are scientists sent by signatory contracting governments, though several are observers from international organizations and IWC/SC-invited experts.

The chairperson of the SC, who is selected every three years, together with the individuals designated to convene the subcommittees, make up the steering group. Traditionally, discussions in the steering group have great influence on the direction and actions taken by the SC in its entirety.

Every year, the SC meets in the spring/early summer for three weeks. The agenda for the annual meeting is decided based upon the individual subjects chosen by the subcommittees in their fields of expertise. Out of this, the SC usually presents a set of scientific recommendations relevant to stock management to the Commission Meeting (CM) of the IWC.

I served as a convener as well as chairperson of the subcommittee on Whale Watching for 13 years, from 1997 to 2010. I have also been involved in the SC’s overall operation as an assistant chairperson.

Based on my own experiences, I would like to provide a comprehensive, panoramic overview of what has occurred in the SC over the course of recent years.

Basic tasks by the IWC’s Scientific Committee are very explicit: make population assessments of whale species and stocks under the committee’s jurisdiction and set catch quota recommendations for cetacean resource management. The nature of such tasks remains unchanged even today, though specific approaches to accomplishing them have changed significantly.

The effectiveness of the SC’s work changed, however, when IWC adopted a commercial whaling moratorium in 1982. Because of the moratorium, whaling for commercial purposes fell into abeyance for all whale species and stocks, although there is a specific supplementary provision that the moratorium was to be reviewed no later than 1990. Nearly thirty years later, however, that review has yet to take place.

The 1982 moratorium included whale species whose population levels were quite wholesome, as the decision had been driven by markedly political considerations.

The reason originally given for the CM’s public stance adopting the moratorium had to do with a problem in the methodology of the resource management formula, called the New Management Procedure (NMP) used by the IWC at that time. The NMP was said to be flawed, with uncertainties of input parameters and information.

The apparent flaws prompted the SC to take on the task of developing a new management methodology to overcome the NMP’s shortcomings. In this process, the SC searched for the best possible data sets and methods for comprehensive assessment of the whale stocks.

However, as it turns out the Scientific Committee and the Commission itself were on contradictory paths.

The SC began developing new formulas and methodologies in 1983, engaging in discussions that were unusually fierce for ordinary academic conferences and workshops.

The organization formed a competition with the help of mathematical experts and spent 10 years developing new management methods. A formula proposed by Dr. K. Sakuramoto and Dr. S. Tanaka at the Tokyo University of Fisheries (now Tokyo University of Marine Science and Technology) was shortlisted among the contest finalists, but the formula devised by Dr. J. Cooke of the International Union for Conservation of Nature (IUCN) was eventually adopted. Subsequently it was renamed as the Revised Management Procedure (RMP).

The most significant new characteristic of the RMP was its capability to incorporate uncertainty deriving from the best estimated accuracy of data or parameters into management models. This meant that with the model’s higher accuracy, it became possible to allow higher catch quota of stronger stocks. In contrast, models with poorer accuracy – such as the NMP – generated uncertainty, resulting in lower catch quotas.

Putting the new formula into practice clearly would have overcome the shortcomings cited against the NMP. The RMP responded to the previous management model’s uncertainties in information, the reason given for the 1982 commercial whaling moratorium. Further scientific details of the RMP are summarized in IWC’s scientific journal, Report of the International Whaling Commission 44: 145-167.

The Scientific Committee completed the RMP in 1992 and the following year, in 1993, recommended its adoption to the Commission. The Commission Meeting, however, failed to reach a consensus to adopt the RMP. Instead, without citing any clear-cut reasons, the CM said it was too premature to adopt the revised management plan.

The Commission’s decision to delay had consequences for the SC. Dr. P. Hammond from UK, who was then chairperson of the Scientific Committee, resigned from his post largely in protest of the CM’s “incongruous position of having accepted the draft specification of the RMP but having neither accepted nor adopted the final version.”

After many twists and turns, the Commission finally adopted the RMP in 1994. However, rather than implementing it, the CM delayed again by making continued discussions necessary. It ended up merely acknowledging the RMP’s “scientific validity,” insisting that its actual implementation should come after the establishment of a new “Revised Management Scheme” (RMS), for monitoring and controlling whaling operations.

The RMS has been brought to completion for all practical purposes. However, no decision has been made on the resumption of commercial whaling because of objections from anti-whaling countries, even though the deadline for reviewing the 1982 whaling moratorium is long overdue.

Despite the CM’s indecisiveness, the SC has continued its endeavors to figure out sustainable catch quotas. In addition, the SC has been conducting simulation trials on the RMP, calculating the volume of resources scrupulously, mobilizing experts and exercising tremendous patience and time.

The efforts of the Scientific Committee have been carried out in accordance with the principles of the International Convention for the Regulation of Whaling (ICRW) and are undoubtedly praiseworthy.

In the meantime, individuals from countries that advocate out-and-out opposition to all sorts of whaling have become a significant portion of the SC and they tend to neglect the importance of scientific information. As a result of such trends, duties of the SC have been increasingly diversified away from scientific management.

Is it Time to Revise the Whaling Convention?

Certainly in recent years there are trends adverse to the principles of International Convention for the Regulation of Whaling. If the SC no longer serves the primary purpose of ICRW, which is the management of cetacean stocks, then efforts should be focused, above all, on revising the Convention.

We can only hope that Japan’s withdrawal from the IWC will not lead to negligence in the Commission’s fulfilment of its responsibilities under the international convention.

Part 1 of this series may be found here.

Hidehiro Kato is a professor emeritus of Tokyo University of Marine Science and Technology. He also serves as advisor to the Institute of Cetacean Research.