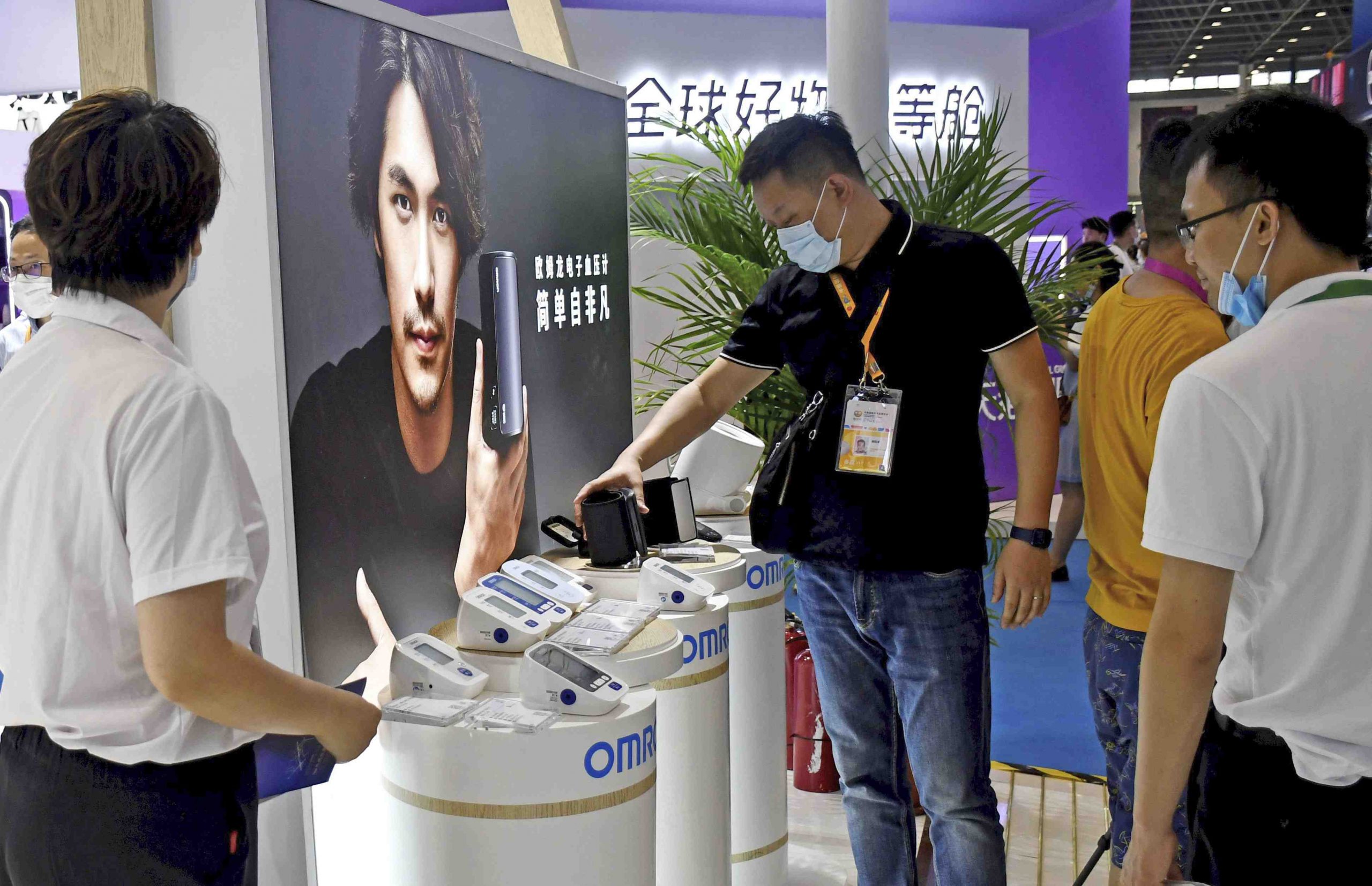 Haikou, China — Observers see the huge expo featuring luxury brand name products being held here on Hainan island from May 7-10 as part of a larger campaign orchestrated by Chinese leader Xi Jinping to develop “China’s Hawaii” as a free trade zone that will rival or even replace Hong Kong.

The First China International Consumer Products Expo, cosponsored by China’s commerce ministry and the Hainan provincial government, sprawls over 800,000 square meters. On display are some 2,600 foreign brands representing some 69 countries and regions. The mammoth undertaking aims to be nothing less than the largest consumer goods expo in the Asia-Pacific region, with more than 200,000 foreigners expected to attend.

Chinese president Xi Jinping has shown a personal interest in the success of the event. The Chinese government would like to see Hainan transformed into a free trade magnet and locus for new economic development.

On May 6, Xi sent a congratulatory message to the Expo in which he said the event would be “conducive to the sharing of opportunities in the Chinese market by countries around the world, and will be positive for the recovery and growth of the world economy.”

Hainan is a large island—slightly smaller in size than Taiwan—in southernmost China, not far from Vietnam. It is mostly rural, although in recent years beach resorts have been developed along the coast and it has been promoted as “China’s Hawaii.”

Xi’s order to push development of Hainan appears to be partly in response to the strong lingering resistance in Hong Kong to Beijing’s rule. This month’s Expo is seen as part of that drive.

Actually, in June 2020, the Chinese government released a master plan to build the island province into a globally influential and high-level free trade port by the middle of the century. Part of that plan calls for Hainan to receive special preference so that by 2025, with few exceptions, all duties on foreign goods will be reduced to zero.

As part of the pitch to foreign investors, regulations on foreign capital will also be relaxed. In other words, Beijing wants Hainan to become a “second Hong Kong.”

With affluent Chinese tourists barred from traveling overseas due to COVID-19, they have been flocking to Hainan to snap up discounted luxury goods. As a result, duty free shops have been springing up one after another.

Also, obviously very much on the minds of the Chinese authorities is the existence of Hong Kong, less than 300 miles or one hour by air from Hainan.

The Hong Kong media is reporting the quickened development activity in Hainan as part of a plan to replace Hong Kong as a shopping and tourism mecca, as well as a financial and trade center.

The Chinese government denies this, contending the idea is to “complement not compete”. A government spokesperson says, “The free-trade area of Hainan will have a different status, unlike that of Hong Kong.”

However, the plan announced in April of this year to open financial services based in Hainan to foreigners would appear to indicate that Hong Kong remains very much on the minds of decision makers in Beijing.

Nevertheless, there are doubts as to whether Hainan can really compete with Hong Kong. An employee of a Japanese company attending the Hainan Expo complained, “Hainan Island is lacking in competent people who can speak English.”

Be that as it may, with Xi throwing his formidable weight behind the plans for Hainan, the pressure on Hong Kong, especially its business world, is expected to increase.


Japan Brands on the Move

Shiseido, Omron and nearly 90 other big name Japanese brands are participating in the Hainan Expo. With COVID having shut down purchases overseas by free-spending Chinese tourists and Xi having given the Hainan Expo his blessings, makers of luxury brands and other Japanese companies see the trade fair as a prime opportunity to highlight the appeal of Japanese brands.

Shiseido Company, Limited, for example, is exhibiting here. Shiseido plans to introduce its luxury skin care products line “The Ginza” during 2021, and it had samples of it and other products prominently on display. A male Chinese marketing distributor, who was eagerly asking a Shiseido rep questions, remarked, “We’re certainly interested in Japanese products.”

The Japan External Trade Organization (JETRO) established an exhibition hall at the Expo in which products from 19 Japanese-owned companies will be on display. In addition to such items as Japanese food products and cosmetics, the major convenience store chain Lawson, Inc. is exhibiting its goods. Although Lawson has been operating in the Chinese market for some time, it just opened its first Hainan store last year.

A JETRO employee says, “There’s the fact that because of COVID-19 Chinese can’t go to Japan, even though interest in Japanese products is growing.”

Naoko Hase, head of the Corporate Strategy Division at Shiseido China, states emphatically, “We believe that Hainan Island will give a big boost to the expansion of consumption.”

Whereas as of the end of this March, there were 34 duty free shops operating on Hainan Island, by the end of the year that total is projected to increase to more than 50.

(Find access to The Sankei Shimbun articles in Japanese on which this report is based at this link and this link.)