Judoka Kosei Inoue’s Message for 2021: ‘There is Hope at All Times’ 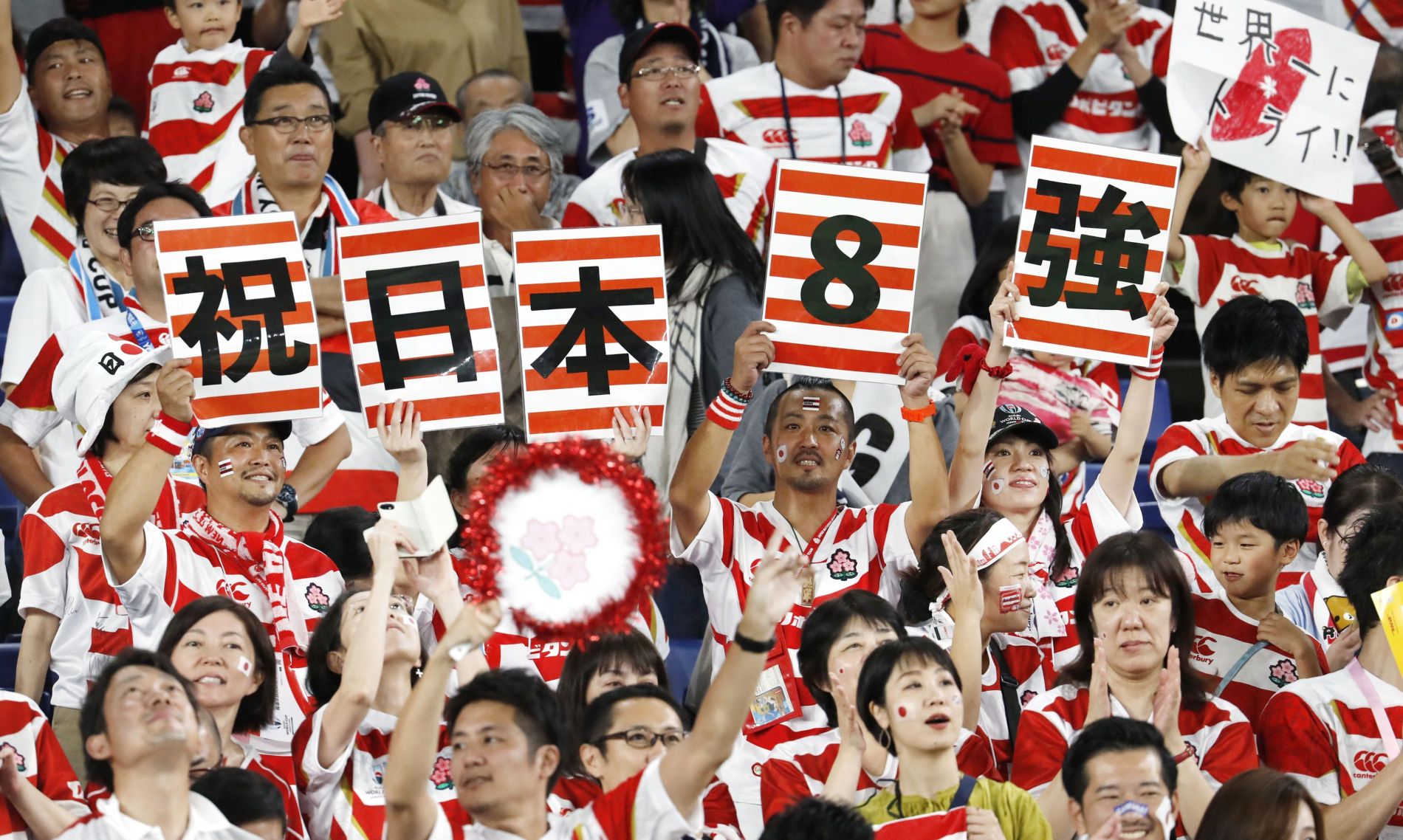 “It would be a waste not to host a Rugby World Cup again. We aim to realize another RWC in Japan within the next 20 years.”

The Rugby World Cup 2019 filled the Japanese archipelago with ripples of excitement and enthusiasm before coming to a close on November 2, with South Africa capturing the World Cup title for the third time.

South Africa is the team Japan’s Brave Blossoms lost to in a fierce, stirring quarterfinal fight. The outcome reminds us once again that Japan’s national team battled against one truly potent, formidable opponent after another.

No one could have expected the great success of the Japan 2019 Rugby World Cup. Japan’s national team awed the world by winning all its four pool-stage matches with powerful opponents to advance to the final eight knockout round. Viewer ratings topped 50% for the moment of the live telecast in which Japan topped Scotland to reach the RWC quarterfinals.

Ticket sales ran up to approximately 99 percent, and stadiums were packed almost to capacity even for non-Japan matches. Visitors to “fanzones,” where people could enjoy watching live remote viewing of the games, exceeded one million in total by the semifinals.

Sir William (Bill) Beaumont, the chairman of the World Rugby Board, the sport’s international governing body, declared shortly after the beginning of the 2019 World Cup, “Our bold decision to award Asia’s first Rugby World Cup to Japan was right.” It was the fans, of course, who led the Japan 2019 Rugby World Cup to success.

After every one of the matches, players of both sides embraced each other’s shoulders, while their supporters smiled and took commemorative photos together in the stands. It was from those scenes that the “no-side” spirit, thought to have died out in the English-speaking world, reemerged in Japan to express the mutual respect among players at the end of a match.

During the 44-day tournament, a moment of silence for the victims of super typhoon Hagibis was observed at the three matches on October 13, the day after the typhoon. Meanwhile, Canadian and other foreign players whose games were cancelled in the aftermath of the typhoon pitched in as volunteers in the cleanup of Kamaishi, Iwate Prefecture, one of the hard-hit areas. Japanese players, too, having lost to South Africa in the quarterfinals, joined disaster recovery efforts in Chiba Prefecture and elsewhere.

Multitudes of “instant rugby fans” were fascinated by the sport that is marked by the body-and-soul clash of flesh-and-blood human beings. The catchphrase of the Rugby World Cup 2019 was “Once in a Lifetime, not Every Four Years.”

At the same time, the Japan Rugby Football Union (JRFU) has expressed its intention of re-inviting the World Cup, with Japan, the union’s president, saying, “It would be a waste not to host a Rugby World Cup again. We aim to realize another RWC in Japan within the next 20 years.”

We agree. We must not allow the current surge in the rugby popularity to become just a passing fad. It is imperative that we continue to strengthen rugby and promote the competition in Japan.

An idea has been floated within JRFU of letting the current Japan Rugby top league go professional, but the views of officials of the union are still far from unified. Japan’s rugby-playing population is merely about 100,000, and the number of rugby clubs at high schools comes short of 1,000 nationwide. There are insufficient opportunities for children to learn rugby, even when they are interested in the sport. Many challenges await if rugby is to be promoted in this country.

The Brave Blossoms overcame difficulties in the World Cup 2019 with the motto, “One Team.” The next time around, it is the whole nation of Japan that needs to unite to make another Japan Rugby World Cup a reality.