A Tale of the Changing Culture of Ramen 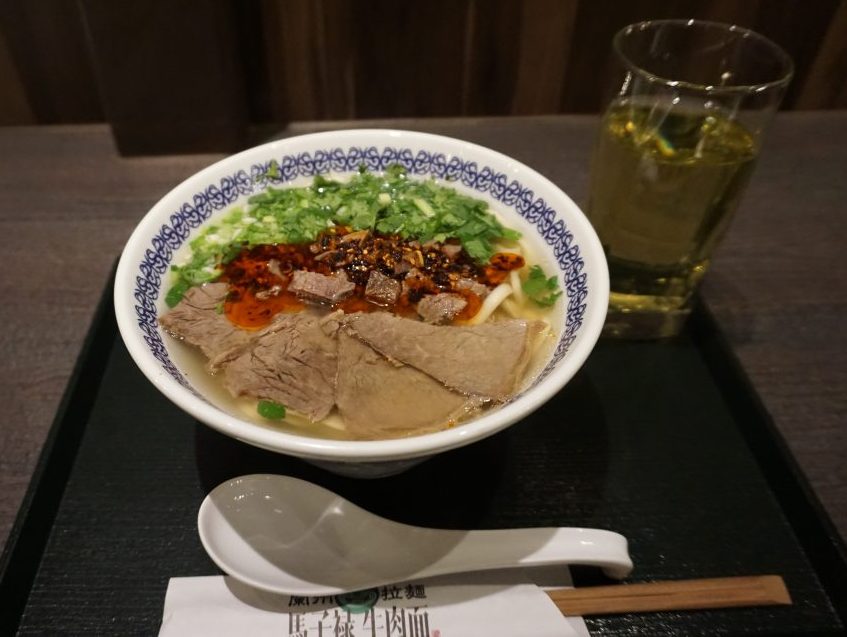 When I was 15, a friend went to a Comic Conference in Italy. The next day he approached me excitedly, raving that “the ramen was delicious.” He looked at me in expectation, but I stared back blankly – wondering what was so exciting about a bowl of noodle soup. “Are you even Japanese if you haven’t eaten ramen?” he asked, aghast.

My ignorant 15-year-old-self did not know this, but ramen – then and now – is closely associated with Japan being cool. In fact, in 2014 the Cool Japan Fund, a private-public organization which aims to promote Japan’s image around the world, invested specifically in the ramen chain Ippudo to showcase ramen cuisine in major Western cities.

As cool as ramen may be, as Japanese society globalizes and braces for a surge of tourists for the 2020 Olympics, this dietary staple is also changing rapidly. On a recent expedition to Japan, I resolved to see what varieties of ramen I could find. The result, for your enjoyment, is the following tale of the cool, the new, and the delicious – a tale of ramen.

But first: some history

Ramen has captured the imagination of people in popular culture and films such as Tampopo (1985), and even Ramen Girl (2008), which tells the story of an American student who decides to become a ramen chef. It is therefore not surprising that ramen is one of the best documented and researched foods in Japan.

According to George Solt, author of The Untold History of Ramen (2014, University of California Press), there are various versions of how the first ramen noodles arrived in Japan. There seems to be consensus, though, that it was thanks to the influence of Chinese immigrants, most probably at the turn of the 19th century. Since then, factors such as increased urbanization during the Meiji era and the availability of wheat noodles in postwar Japan have influenced how ramen developed into what we know it as today.

Ramen broth, in principle, can be made with anything, but in general it is made using a pork-based broth, with noodles, and toppings. Tonkotsu, which means the pork bone, gives the noodle soup a gravy-like quality and its characteristic rich consistency.

So, pork broth noodles all the way, right?

Well, as we are aware, there are many who have dietary restrictions on the consumption of pork, so increasingly the market is filling the void by offering halal ramen and other options.

I bumped into Mazilu, a ramen restaurant in Jimbocho that is specifically certified as halal. The delicious clear broth, served with fresh cilantro, green onions and beef slices, was worth every yen. But, more importantly, as I was slurping away I started thinking how much the demand for halal must have risen to warrant this random shop in Jimbocho – a neighborhood famous for its second-hand bookstores. (Bookworms, I am looking at you!)

If it seems reasonable to swap pork with beef, how does vegetarian ramen work? The whole point of ramen in the popular imagination, after all, is the greasy pork soup. Yet, recently a chain with vegan offerings has gained increasing popularity. T’s TanTan, has different restaurants around Tokyo, including the most popular destinations among tourists – Tokyo and Ueno stations.

They have very cleverly swapped vegetables for meat in arguably the most flavorful broth – tantanmen. By compensating for the taste of meat with black or white sesame and other ingredients, T’s TanTan makes for a delicious meal when you feel like giving your cholesterol a break.

Unlike the previous two examples, the point of this next style of ramen is not the ingredients, as you might have guessed. The point is to increase the female consumers of this notoriously salaryman staple food. Traditionally made with a soup which is greasy enough to make your cholesterol peak, women in the past have had to brave the slightly uneasy feeling of slurping their noodles at lighting fast speed while being the only woman in the room.

Yet, recently this trend seems to be changing. This can be seen in many regular ramen shops which now offer cheaper ramen prices for ladies on specific days of the week or, alternatively, smaller portions with more vegetables.

It doesn’t stop there. On April 17 I was lucky to attend the “Ramen Girls Festival” in the Nakano area of Tokyo. The event was organized with women in mind. This doesn’t mean that male counterparts were not present. In fact, there were more than a fair share of couples and families. But by putting “Girls” in the name and having a female-only seating area, the organizers sought to make the event a celebration that encourages more women to consume the mouth-watering noodle soup.

All in all, the different aspects of ramen reveal how something, which wasn’t even originally Japanese, has become an integral part of how Japan sees itself today and portrays itself to the rest of the world. But of course, food is something that needs to be consumed to be appreciated. That means changes are negotiated with the consumer every day and the flavors reflect and change with society as a whole.

So, I wonder what will be next? Insect ramen, anyone?

Arielle Busetto is a student at Inter-University Center for Japanese Studies (IUC) in Yokohama, Japan, and intern with JAPAN Forward. She is originally from Siena, Italy.