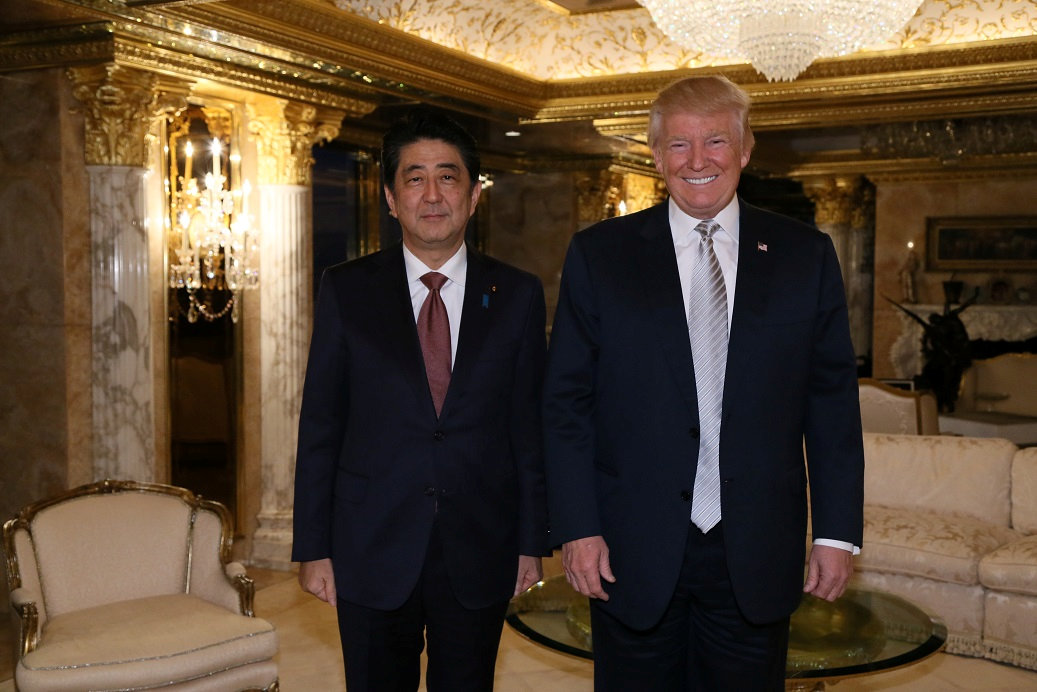 The Trump Era has officially begun with last week’s inauguration ceremony in Washington, DC. With the change of administration in Washington, there is deep geopolitical uncertainty around the globe as allies and rivals alike brace themselves for more of Trump’s acerbic and volatile rhetoric and seeing how this may—or may not—translate into policy shifts. The U.S.-Japan relationship is not isolated from these risks and there is concern in Tokyo with regard to Trump’s positions on a number of issues, including his pledge to withdraw the United States from the Trans-Pacific Partnership (TPP)—a mega-free trade pact that the Abe government has invested much time and capital into over the past few years.

There are also legitimate concerns on Trump’s isolationist talk regarding the United States’s role in the world and challenging Washington’s traditional role as a globalist and leader to assert and protect international norms and laws. On alliances, Trump has chafed at the value of some of the United States’s most longstanding bonds, including those with the North Atlantic Treaty Organization, South Korea and Japan. During the election campaign, Trump noted: “You know we have a treaty with Japan where if Japan is attacked, we have to use the full force and might of the United States. If we’re attacked, Japan doesn’t have to do anything. They can sit home and watch Sony television, OK? It could be that Japan will have to defend itself against North Korea. You always have to be prepared to walk. I don’t think we’ll walk. I don’t think it’s going to be necessary. It could be, though.”

This talk prompted concern in Tokyo and Abe rushed to be the first leader to meet with President-elect Trump after his election victory this past November.  Abe’s meeting with Trump in New York appeared to be a diplomatic coup that provided Japan an opportunity to explain the critical importance of ties between Tokyo and Washington in the uncertain geopolitical landscape. Since that point, there have been a few more signs of light for the Abe administration. Trump’s cabinet nominees for the State Department and the Defense Department, Rex Tillerson and James Mattis , have both re-affirmed the importance of U.S. alliances, including that with Japan. Tillerson also confirmed, although not in great detail, U.S. support for Tokyo in the East China Sea and its commitment to the Senkaku Islands, under Article 5 of the U.S.-Japan Security Treaty.

President Trump has also taken a notably tough stance vis-a-vis China. During the election campaign, Trump repeatedly and explicitly called out China for “ripping-off” the United States through its unfair economic policies and trade practices. Trump has subsequently set the stage for an all-encompassing confrontation with China by pressing sensitive areas, such as Taiwan and the South China Sea. Meanwhile, Trump has China irate with his floating of the “One China policy” as an unmoored policy that was up for debate. In addition to this Trump’s advisors appear to advocate for a more muscular naval posture in the Asia-Pacific and have challenged Beijing directly and provocatively regarding its expansive maritime claims in the South China Sea. Rex Tillerson, Trump’s pick for secretary of state, even suggested that China should be denied access to its reclaimed islands, setting a potentially explosive course for the United States and China in the coming months if adhered to by Trump.

These moves should somewhat reassure alliance managers in Washington and Tokyo that the relationship would not suffer a deep trench as a result of the Trump Era. Indeed, the Abe administration would likely welcome a stronger, but still calibrated and balanced, U.S. approach to China. Trump also expressed a recommitment to U.S. alliances during his inaugural address: “We will reconfirm old alliances and form new ones.” The caveat to this is that his narrative on alliances was framed around combatting terrorism and the Islamic State, and made scant mention of long-term strategic challenges such as China and Russia.

There are other warning signs ahead too. While Mattis indicated that alliances are important, he also stressed the need for greater burden sharing from Washington’s partners. This message was also clearly outlined in Trump’s inauguration last week: “We defended other nations borders while refusing to defend our own; and spent trillions of dollars overseas while America’s infrastructure has fallen into disrepair and decay. We’ve made other countries rich while the wealth, strength, and confidence of our country has disappeared over the horizon.”

But perhaps most challenging for Japan in the coming months will be coping with the broader “America First” narrative that is the bedrock to Trump’s ideology. President Trump has explicitly called for protectionism and focused his proposals on turning U.S. trade policy on its head through pulling out of the U.S.-led TPP and demanding a renegotiation of the North American Free Trade Agreement (NAFTA). As Trump emphasized with hyper-populist trappings during his inaugural speech: “From this moment on, it’s going to be America First.”

Abe has anchored his administration to the U.S. alliance as the key to Japan’s security and prosperity agenda in the region. During his policy speech in the Diet last week, Abe noted: “In the past, now, and from now on, it is the Japan-U.S. alliance that is the cornerstone of foreign and security policies of our country. This is a changeless principle. I’d like to visit the U.S. as soon as possible, and I, together with new President Trump, will further strengthen the alliance ties.” Abe now faces his greatest test as he looks to manage the rocky and uncertain course of U.S.-Japan ties going forward in the Trump era.

J.Berkshire Miller is an international affairs fellow with the Council on Foreign Relations, based in Tokyo and a senior fellow on East Asia for the EastWest Institute.