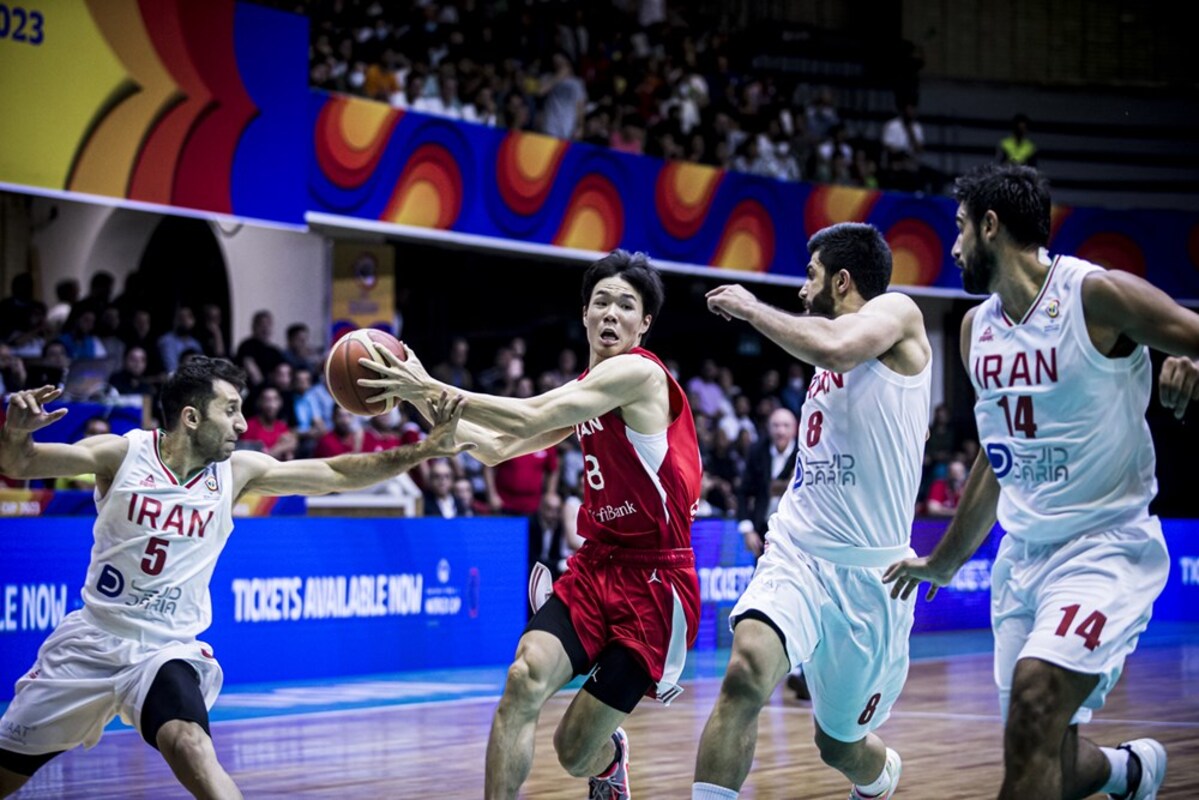 Japan's Yudai Baba drives to the basket against Iran in a 2023 FIBA World Cup Asian qualifier on August 25 in Tehran. (FIBA.BASKETBALL)

Iran capitalized on its superior size in a convincing 79-68 victory over Japan in their 2023 FIBA World Cup Asian second-round qualifier in Tehran on Thursday, August 25.

Iran outscored the visitors, also known as Akatsuki Japan, 19-5 in the second quarter, taking a 44-32 advantage into halftime.

With a 51-32 overall edge in rebounds, including 17-10 on the offensive glass, world No. 23 Iran created ample second-chance scoring opportunities after its missed shots.

And that might have been the biggest difference in the game. It was a telltale sign of Iran’s inside dominance. Coach Saeid Armaghani’s club had a 16-2 advantage in second-chance points.

Japan’s outside shooting (11-for-40 from 3-point range) was not effective enough to help it overcome its size mismatch. Baba sank 5 of 6 shots from beyond the 3-point arc and Soichiro Inoue connected on 3 of 6 from long range. The rest of the team was 3-for-28 on 3s.