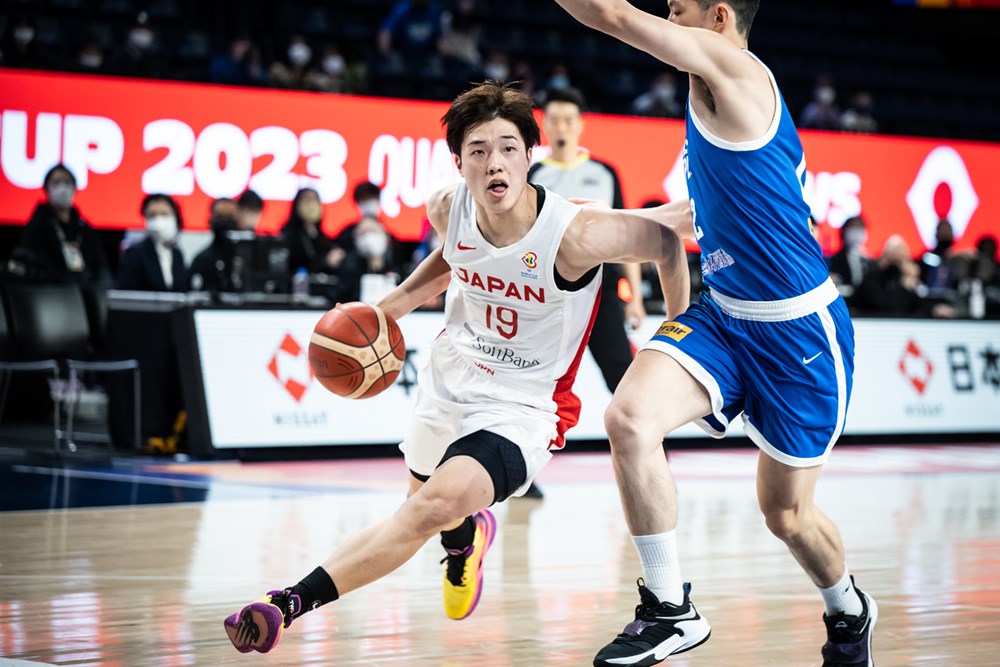 Japan guard Yudai Nishida drives to the basket against Taiwan in a 2023 FIBA Basketball World Cup qualifier at Okinawa Arena on February 26. (FIBA.BASKETBALL)

Japan eked out a 76-71 victory over Taiwan in Okinawa on Saturday, February 26.

In the weekend-opening win, starting shooting guard Yudai Nishida paced Japan with 27 points on 9-for-13 shooting. He added three rebounds, three assists and two blocks in a stellar all-around effort.

Nishida had 14 points in the pivotal fourth quarter, when Japan outscored Taiwan 27-18.

The Akatsuki Five then dropped their second weekend game on Sunday, February 27, falling to world No. 3 Australia 80-64 in a 2023 FIBA Basketball World Cup Asian Group B qualifier at Okinawa Arena. Yuki Togashi led Japan with 19 points.