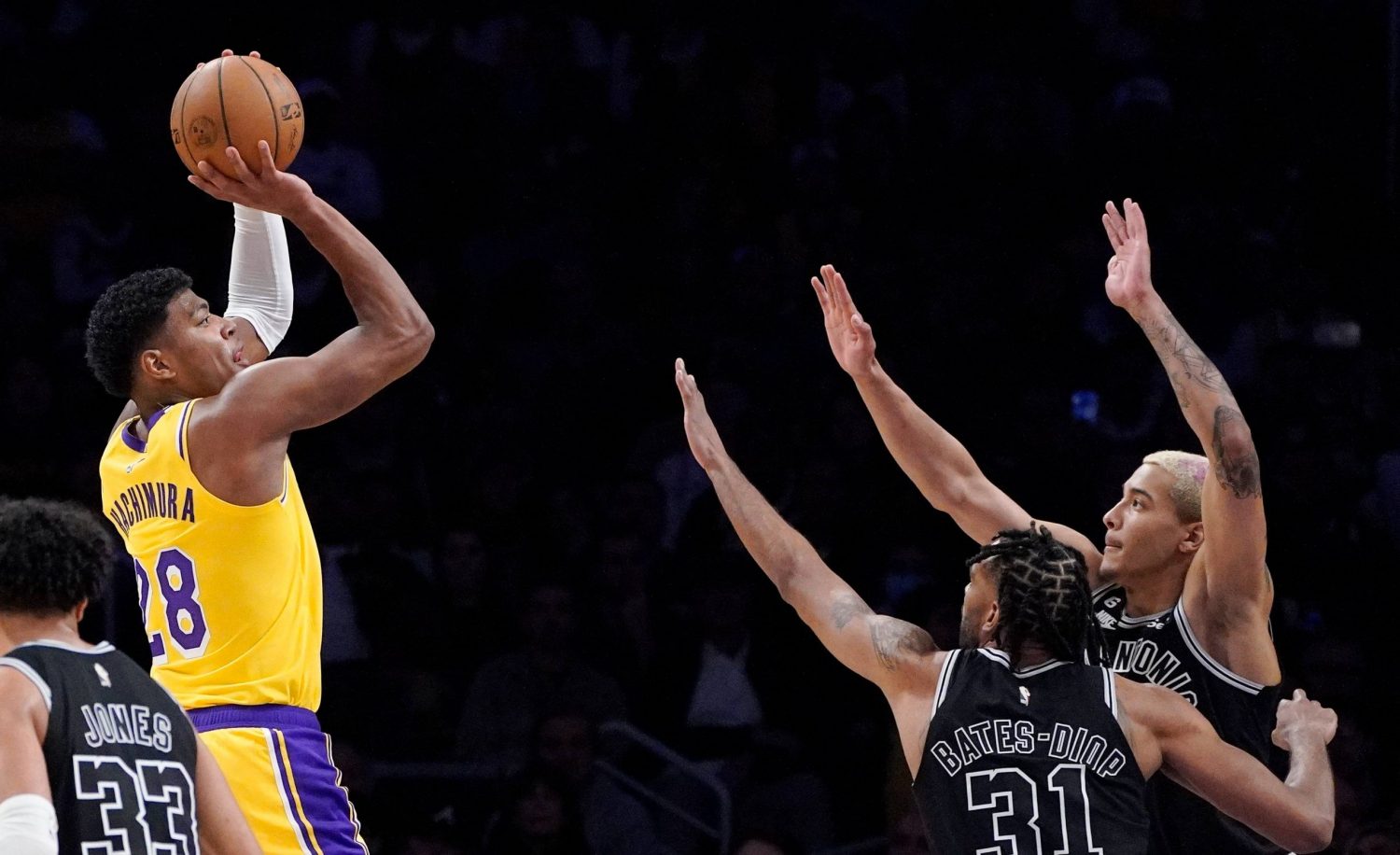 Rui Hachimura teamed up with LeBron James to ignite the Los Angeles Lakers during a pivotal stretch of the fourth quarter on Wednesday, January 26.

In Hachimura's LA debut, the Lakers trailed 85-81 after about a half minute of play in the final quarter. Then the hosts turned it up a notch on offense against the San Antonio Spurs. Hachimura scored six of his 12 points and James added five points during a game-changing 22-6 scoring run.

Hachimura, who was acquired by the Lakers from the Washington Wizards on Monday, came off the bench and played 22 minutes. He shot 4-for-7 from the field, including 1 of 3 from 3-point range, and sank 3 of 6 free-throw attempts. Hachimura grabbed six rebounds, handed out one assist and made a steal.

In addition, the Lakers had a plus-17 point differential with Hachimura on the floor, the bulk of which was a result of their decisive run in the final period.

“This was only one game, but I think it is going to be great,” Hachimura said, according to The Associated Press.


First Points as a Laker

With 3:08 to play in the opening stanza, the Toyama native scored his first two points in a Lakers uniform, converting two foul shots. That pulled LA within 24-22.