Beyond China, Cases of Coronavirus Infection See A Spike in Europe and Asia 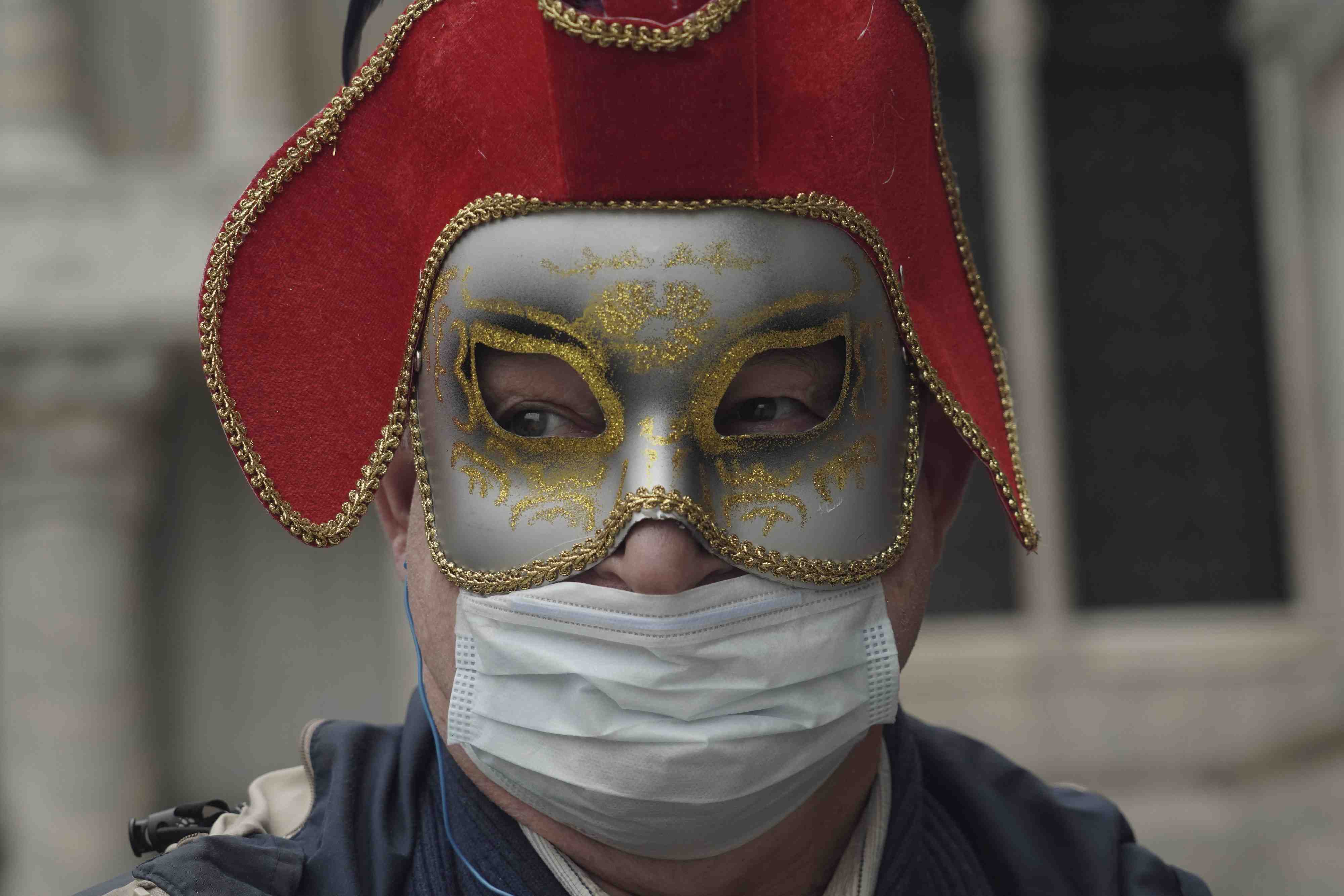 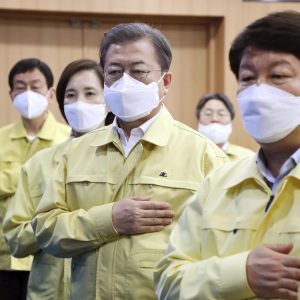 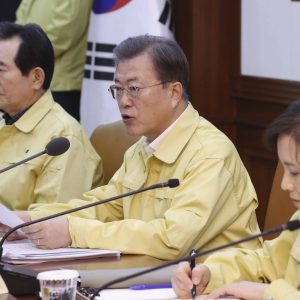 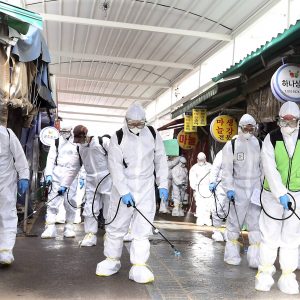 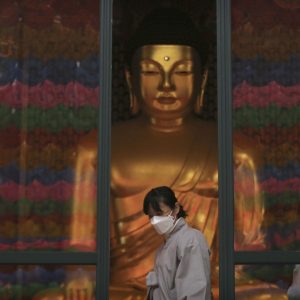 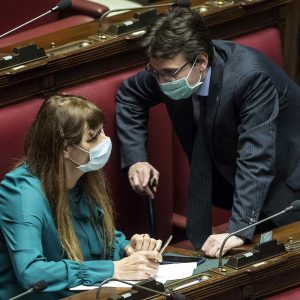 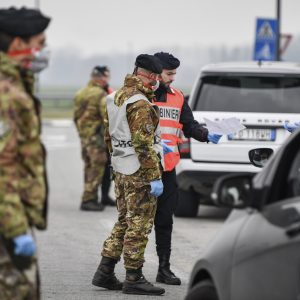 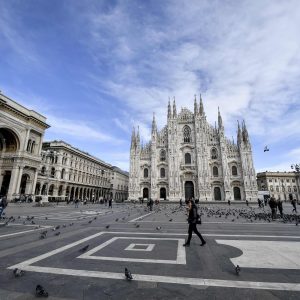 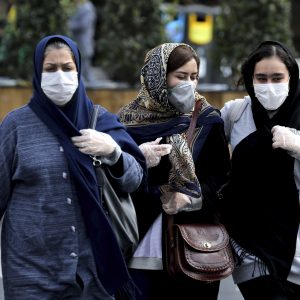 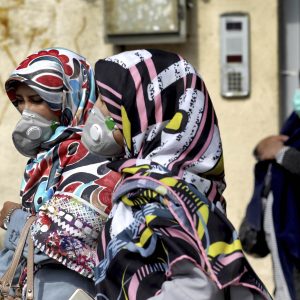 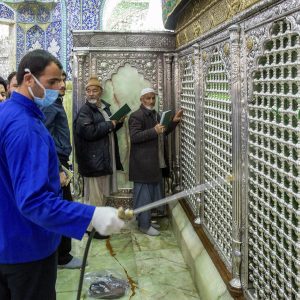 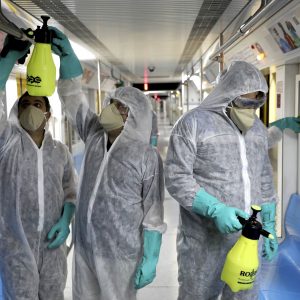 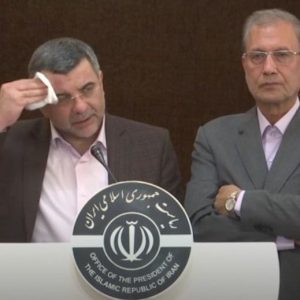 Over the weekend of the third week of February, the spread of the novel coronavirus has taken a new turn. The total COVID-19 cases in the world have topped 80,994, with more than 78,046 in mainland China.

However, with just over 500 new cases reported as of February 26, the rate of the spread seems to be slightly dropping in China. Unfortunately, it isn’t elsewhere.

New epicenters are popping up around the globe, with no clear connection to travel to or from the original epicenter of the outbreak, the city of Wuhan in China’s Hubei Province.

In particular, Iran, Italy, and South Korea have reported a sharp spike in diagnosed cases over the weekend, and fear is rising that the virus will spread to surrounding regions. In Europe, where free movement is still allowed under the Schengen Agreement, the virus seems to be spreading from Italy. New cases have been confirmed in Croatia, Austria, Switzerland, Spain, Greece and Brazil.

Iran, too, appears to be a major center of exchange for the virus in the Middle East, as it is the center for Muslim pilgrims and migrating workers. With millions of people going through the border every year, there is fear the virus will spread into the wider Middle East region. Indeed, the first cases have already been reported in Iraq, Oman, Afghanistan, Bahrain, and Kuwait, just to name a few. The Iranian minister of health himself was confirmed to have contracted the coronavirus on February 25, after visibly sweating while participating in a press conference.

The global financial markets are clearly reflecting the fear that the novel coronavirus could have an enormous impact on the economy. The Financial Times reported that global stocks had their worst day in two years on February 26.  European markets in particular were badly hit, with Italy’s MIB losing 5.4 percent, the worst fall since 2016.

The World Health Organization has stopped short of calling this crisis a pandemic, although the virus has spread to 39 countries. WHO Director General Tedros Adhanom Ghebreyesus told reporters on February 24 that, although the spread in Italy and South Korea was “deeply concerning,” in his view, “for the moment we are not witnessing the uncontained global spread of the virus.”

It seems that large countries like the United States are probably weeks away from having to deal more actively with the crisis. Due to the virus’ highly contagious nature, Japan as a front line country is pushing up its own basic measures to deal with the crisis in the following weeks.

A new center for the virus in Asia is South Korea, which had only 24 cases before the weekend of February 21, but now has 1,1146 cases, with 10 recorded deaths so far, as of February 26.

The epicenter is thought to be the Shincheonji Church of Jesus, located in the city of Daegu, which has a population of 2.5 million. Since the first woman was diagnosed, the South Korean government has dispatched a team to trace the spread of infection. Officials there say provisions are being made to test all the members of the religious community, which could run up to about 250,000 followers.

The Moon Jae In administration has put the country on the highest level of health alert for the first time in 11 years. The last time Seoul instituted this level of alert was in 2011, when it attempted to control the spread of the swine flu.

For now, the spread appears to be largely contained to the Daegu church worshippers and their families. But, to avoid further spread of the virus, the government has decreed precautionary measures, such as installing hand sanitizing liquid in public locations like restaurants. The government has also delayed the opening of the new school semester by a week until March 9.

The global community is clearly monitoring the situation closely. The U.S. has raised the level of its travel advisories for South Korea and Japan. Passengers on a Korean Air flight, which arrived in Ben Gurion Airport in Tel Aviv, Israel, were denied entry out of fear of the infection.

Rising Fear of Spread Around Europe After Spike in Italy

Meanwhile, in Europe, fear of spreading infection is rising, along with the number of cases in Italy, where there were 322 diagnosed cases and 10 deaths as of February 26.

The epicenter can be traced to a handful of locations, mainly in Lombardy and the Venice areas. These have been designed as “red areas” since February 24, and Italy has closed schools and instituted a Wuhan-like lockdown.

During the crisis, from here on, public events like football matches will be played behind closed doors. The world-famous Carnival in Venice has also been cancelled. The financial center of the country, Milan, issued a public ordinance dictating that, from February 24, all bars, pubs, and nightclubs are to close between 6 P.M. and 6 A.M..

Other European countries are also taking precautions after the first cases stemming from Italy were confirmed abroad in Austria, Croatia, and Switzerland, all directly traceable to the red zone. A man in Tenerife was also diagnosed with the virus.

As a consequence, several countries outside of Europe are also taking measures to prevent the spread from Italy. Kuwait, Jordan, and Iraq, for example, have banned the entry of Italians altogether. Other E.U. countries, like Croatia, have also enacted stricter controls at the border for people coming from Italy.

On February 24, the health commissioner for the European Union, Stella Kyriakides, commented on the spread of the virus, saying: “These rapid developments over the weekend have shown how quickly the situation can change…. We need to take this situation of course very seriously, but must not give in to panic, and, even more importantly, to disinformation.”

On February 25, following a number of cases, especially in the northern region of Hokkaido, the Japanese government announced a series of additional measures intended to counteract the spread of the novel coronavirus in the early stage.

As of February 26, 170 cases have been reported in Japan, excluding the nearly 700 cases of the Diamond Princess cruise ship, which is quarantined at the dock in Yokohama. But there is rising fear that Japan could be  developing clusters of infection. On February 25, the Ministry of Health announced that a dedicated team will be dispatched to the main centers of the contagion, namely Tokyo, Wakayama, and Hokkaido, to collect data and analyze how to further curb the spread.

According to Minister of Health Katsunobu Kato, who spoke in a press conference on February 25: “Currently, with many cases spreading where the route of infection isn’t clear, there is the fear that small cluster infections are occurring. In the effort to limit the spread, now is a very important time.”

This is particularly true as the government panel of experts, led by the National Institute of Infectious Diseases, has pointed out that the virus is especially contagious in the early stages of contracting it. This makes the first couple of weeks crucial in the effort to limit the infection.

The Japanese government issued a series of advisories for citizens:

The significance of the first measure was explained by Professor Hiroshi Oshitani of the Department of Virology at Tohoku University Graduate School of Medicine.

“Out of those who have symptoms, 99% are probably negative to the virus. Whereas, this is not the case in hospitals, so we absolutely need to avoid coming to hospitals unless necessary…. The hospitals need to focus on those in serious conditions,” he told NHK on the evening of February 25.

Furthermore, Minister Kato called for continuing self-monitoring of personal conditions, and advised residents to consult the Ministry of Health hotline should cold symptoms and fever above 37.5 C persist for more than 4 days.

Speaking to large companies, the minister urged the reconsideration of holding big events. Prime Minister Abe also issued a statement on February 26 expressing the new government line: “In view of the risk of large-scale infections associated with national-level major events, such as sports and culture events that draw large numbers of people, we have decided to request organizers to take such responses as cancellation, postponement, or downsizing.”

Already on the evening of February 25, Japan’s National Football League J.League chairman Mitsuro Murai declared in a press conference that 94 matches would be postponed between now and March 15. Perfume, the famous J-pop duo, also cancelled last minute a concert in Tokyo Dome scheduled on February 26 as a precaution.

This comes amid worries regarding the situation on the Diamond Princess cruise ship. Among the 831 Japanese passengers who were allowed to disembark from the ship, 45 had been confirmed with fever symptoms as of February 26. The Ministry of Health is making provisions to have these patients tested.

The fear of the virus spreading around the world is rising. U.S. President Donald Trump, for example, preemptively asked Congress for $2.5 billion USD for an emergency coronavirus plan.

Make sure to check the JAPAN Forward pages for further details on the spread of COVID-19.