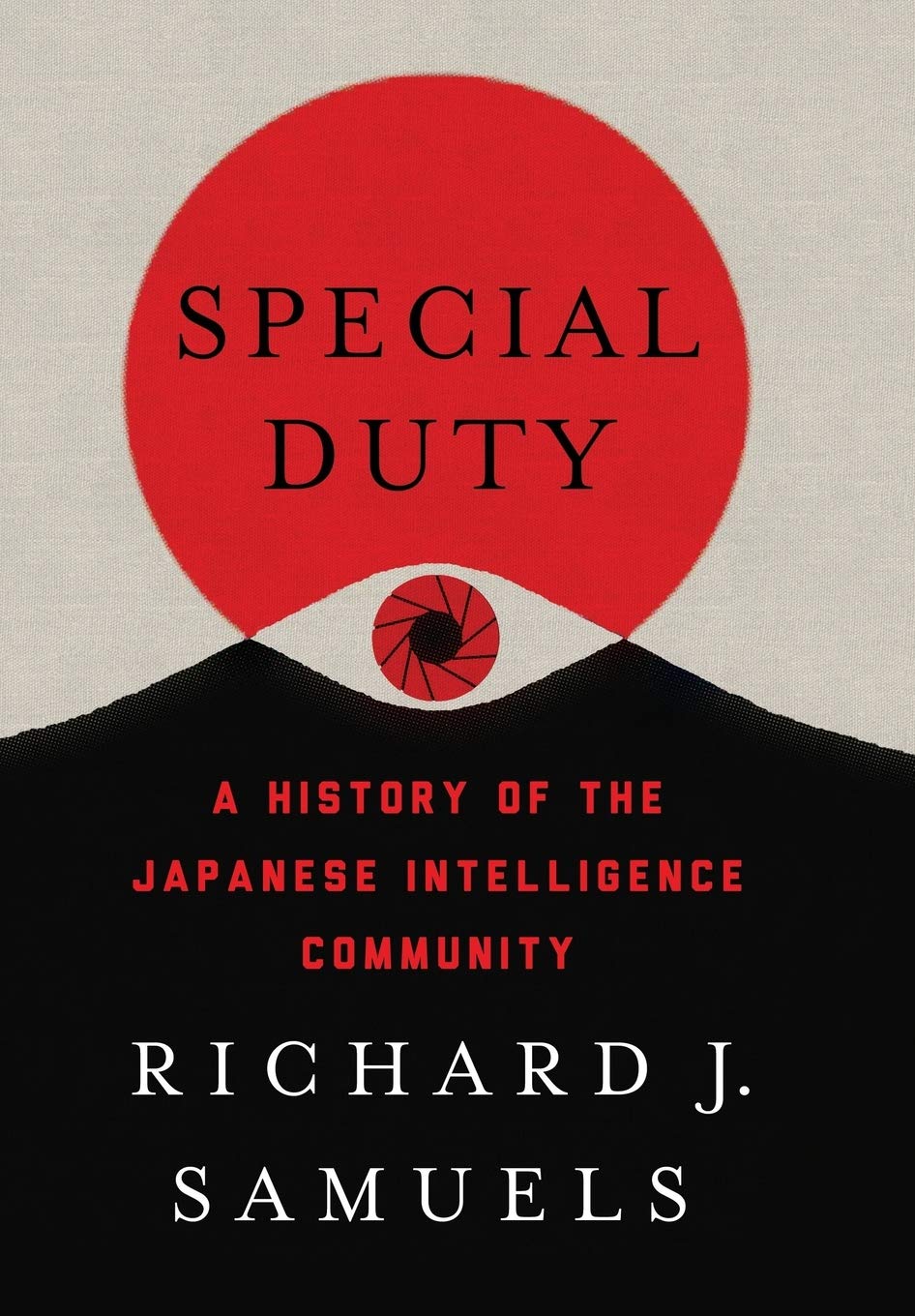 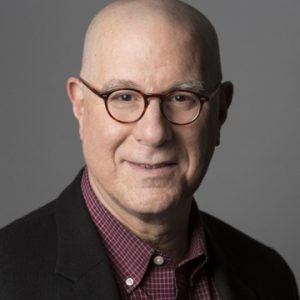 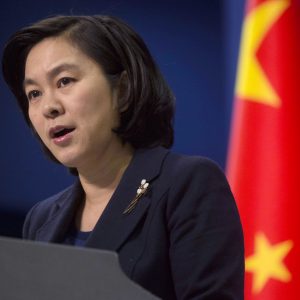 Author Richard J. Samuels, director of the Center for International Studies at the Massachusetts Institute of Technology, has combined his impressive knowledge of Japanese history with a deep understanding of intelligence operations to produce this critical yet sympathetic treatment of Japan’s intelligence community.

As he points out, espionage has long been with us. Moses sent spies into Canaan to report on land conditions. Julius Caesar commented that the Gauls regularly interrogated travelers and merchants for information about distant lands. And both George Washington and his British adversaries used informants in the American Revolution.

Imperial Japan experimented with reconnaissance balloons during the Satsuma Rebellion of 1877 and deployed them during the Russo-Japanese war in 1904. By the end of World War I, intelligence had become as much a matter for professional bureaucrats as for foreign spies.

The Japanese attack on Pearl Harbor was a combination of careful Japanese planning and faulty American intelligence — since United States planners simply did not want to believe that there would be an attack. In Samuels’ view, the operation was a stunning tactical success but a profoundly costly failure of strategic intelligence, since Japan’s effective collection and excellent analysis collapsed under the weight of wishful thinking, as indeed it had been for the U.S. in failing to plan for the attack.

Public opinion in postwar Japan, defeated and demoralized, was understandably loath to consider resuscitating an intelligence apparatus, given its association with the military. At the same time, most policymakers were aware of existential threats to Japan’s security and way of life. At the time, these were principally in the form of a menacing Soviet Union bent on exporting its communist system.

Partnership with the U.S., with its similar fear of the USSR, was indicated and, at least initially, unavoidable. The relationship was, however, lopsided, with Japanese intelligence professionals chafing at their junior partner status.

The twin factors of resistance to anything that hinted of a return to the former militarist regime and resentment at a position of inferiority conditioned much of the Japanese efforts at improving the country’s intelligence capabilities.

Yet another factor was bureaucratic infighting among different agencies: the police, the foreign ministry, the justice ministry’s Public Security Information Agency (PSIA), and the Cabinet Intelligence and Research Office (CIRO), among others. Fortunately, the author has included a helpful list of acronyms at the beginning of the book.

The Impact of Bureaucratic Infighting

A participant described the monthly meetings of intelligence bureau chiefs as a little more than informal social gatherings, saying it was unclear if their reports ever converged at the top level of the defense agency, much less that their recommendations were presented to the policy community (p. 102). Samuels comments that the participants belonged as much to their competing units as to the Japanese state — what was termed the intelligence community more closely resembled a rugby scrum.

Few politicians were willing to expend political capital and taxpayer money on reform. Those few who did often paid a price, as when, in 1985, Prime Minister Yasuhiro Nakasone fought and lost a public battle to introduce an anti-espionage law. Japanese journalists, politicians, and officials could cooperate with the Soviets with near impunity, and the country came to be known as “spy paradise” (p. 103).

Not surprisingly, there were spectacular failures, as in 1976 when Viktor Belenko suddenly landed his MiG-25 jet — then the USSR’s most advanced plane — at a civilian airport in Hokkaido. As serious as the failure to detect the plane was, the post-landing handling of the incident resembled a Keystone Kops parody. When an air traffic controller reported the arrival to the Self-Defense Forces (SDF), he was told to refer the incident to the police because it occurred at a civilian airport.

Another example of counterproductive bureaucratic infighting was that the leader of Aum Shinrikyō was arrested only after perpetrating the most deadly terrorist attack in postwar Japanese history, which many intelligence professionals believe could have been prevented.

The Keystone Kops behavior persisted. Two years after the attack, the Public Security Examination Commission official rejected the Public Security Information Agency’s request for approval to dismantle Aum Shinrikyō on grounds that, as a religious organization, it did not meet the required conditions under the Subversive Activities Prevention Act for being designated a subversive organization. Only in the closing days of 1999, when it was clear that Aum remained active and potentially violent, did the Diet pass a Subversive Organizations Control Law that relaxed SAPA conditions for the designation of subversive organizations (p. 145).

The return of an activist prime minister, Shinzo Abe, in 2012 led to further intelligence reforms. The following year saw the passage of a Designated State Secrets Law and the creation of the National Security Council. The former created postwar Japan’s first official document classification system, something the U.S. had been advocating for years. The latter provided a sweeping reform of foreign policy decision making, including a National Security Secretariat (NSS) to streamline communication across intelligence units and between the intelligence community and the policy community.

Both encountered fierce resistance from pacifist elements who were convinced that Japan had moved further along the slippery slope toward fascism. Even less ideologically committed people raised concerns about civilian oversight.

Soon after the establishment of the two entities, however, a particularly dramatic and tragic event brought to the fore the need for more stringent attention to intelligence. The militant Muslim organization ISIS put two Japanese nationals, whom they had earlier captured in Syria, on display, demanding a ransom of $20 million USD within 72 hours for their release. After Abe denounced their acts and the deadline passed, the two were publicly beheaded with the militant known as Jihadi John declaring, “So let the nightmare for Japan begin.”

In a marked shift from a decade earlier, major news media now demanded reform, with the center-right Yomiuri Shimbun editorializing that “every time a Japanese national has been involved in a terrorist attack overseas, there have been calls for better gathering, analyzing, and dissemination of intelligence — but they were soon forgotten. It is essential to break this pattern of behavior.”

Progress, with a Long Way to Go

Even so, progress was slow. In Japan, as elsewhere, neither founding new organizations nor passing new laws necessarily result in genuine improvement. A year later, one senior government official told Samuels that the NSS did not have sufficient staff to do the required analysis. And, at the tactical level, a military intelligence official confided that his organization collected far more data than could possibly be analyzed in real time (p. 221).

In late 2017, a year in which cyberattacks had increased by 20% and almost all of them were traced to China, the Ministry of Defense announced plans to create a joint cyber and space command under the direct control of the minister on the same level as the ground, air, and fleet commands. The number of military attachés deployed to Southeast Asia to coordinate intelligence operations regarding China with the Philippines, Vietnam, and Malaysia was increased.

After overcoming the reluctance of local communities to absorb them, the SDF deployed a new long-range radar system in the Ogasawara island chain to monitor the South China Sea. The Japanese coast guard installed radar sites on 23 remote southwestern islands specifically to monitor Chinese and North Korean maritime activities. The coast guard also received funding for new patrol aircraft and personnel to improve aerial surveillance near the Senkaku Islands in the East China Sea against Chinese expansionist activities there.

The current situation may fairly be described as progress, with a long way still to go. The gap between the intelligence community and policymakers, and between policymakers and entrenched bureaucrats, has narrowed but not disappeared. Agencies do not always share data that they should have.

This is not a phenomenon peculiar to Japan. In the U.S., for example, a post-9/11 investigation attributed a large share of the blame for not predicting the event to what is called stove-piping. Yet, it seems to be more of a problem in Japan.

In summation, Samuels notes that, although historical studies are often constructed to fit an arc, the history of the Japanese intelligence community is more closely a sine curve, one in which Japan’s intelligence infrastructure expanded, receded, and is now poised to expand again (p. 255).

Contemplating the future of the Japanese intelligence community, he sees three choices:

None is satisfactory. The first perpetuates the dependency that has irked several generations of intelligence personnel. The second, while attractive to nationalists, is both expensive and politically divisive.

The third would entail accepting China’s economic domination and discounting its military threat as well as (Samuels does not mention this) acceding to China’s claim over the Senkaku Islands, and to Taiwan, which would bring China’s territorial waters perilously close to Japan.

Also unmentioned, but worth considering, is a fourth alternative: joining like-minded democracies in an intelligence-sharing community. One option would be roughly based on the existing Quad structure comprising Australia, Japan, New Zealand, and the United States, or perhaps the Five Eyes, which includes Canada and Great Britain.

This is not a perfect solution, either: when governments change, as they do with some frequency in democratic systems, new leaders may not have the same commitment to the partnership. And the more members the organization has, the greater the opportunity for leakage of information.

The book ends with a quote from 5th-century B.C. historian Herodotus that “the worst pain one can suffer is to have insight into much and power over nothing.”

On the basis of the evidence presented in this volume, one might conclude that the reverse — to have power over much but insight into nothing — can also have devastating consequences. During its imperial expansion, Japan had great power but, says Samuels, limited insight. During the American century it had greater (albeit at least partially derivative) insight, but more limited power. Efforts to strike a balance between insight and power will continue, with potentially serious consequences for the failure to do so.

In short, this is a book well worth reading.

Title: Special Duty: A History of the Japanese Intelligence Community

To Purchase the Book: From the Publisher’s website here, or from Amazon here.