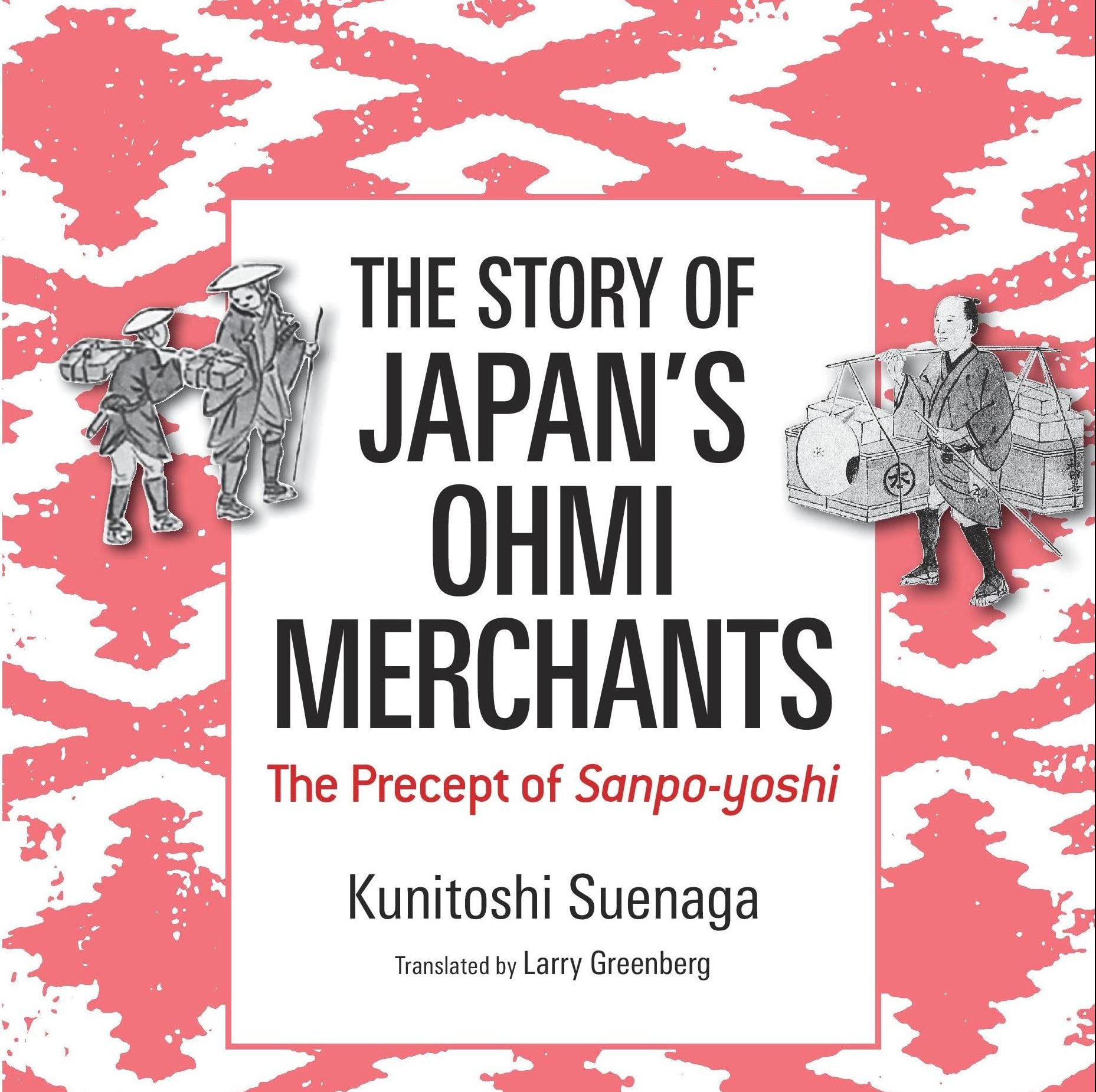 Operating off the shores of Lake Biwa, Ohmi merchants focused on interregional trade. The Tokugawa economy was growing. Producers were increasingly specializing by region. If only they could sell their goods more broadly, they could capitalize on their comparative advantage.

To meet that demand for inter-regional trade, the Ohmi merchants began to establish branches around the country. They traveled widely, buying from each community and selling as they went. Regional producers needed larger markets in order to focus on innovation and scale economies. By creating more broadly national markets the Ohmi merchants gave them exactly that opportunity.

Consider the challenges to maintaining a national market in the absence of a post office, a bank, a national court systemーmuch less Google and internet. In the 21st century, we email and telephone our sales agents and branch offices. A few decades ago, we used sokutatsu or takkyubin, and eventually turned to fax machines. Out of our central offices, we monitor the bank accounts for all of our branch offices.

Should a customer fail to pay, we sue him. Should a sales agent steal, we call the police and have him arrested. We deposit our cash in government-insured banks. We monitor our inventories, scan bar-codes to record deliveries and sales, and reconcile accounts at the end of each day. If we lack the capital to survive a warehouse fire, we buy insurance.

In Tokugawa Japan, the Ohmi merchants had access to none of that. To communicate, they met in person. To travel, they walked. They could not entrust cash to national networks of banking outlets. They could not sue for damages through a reliable, predictable legal system.

Merchants in Brooklyn and Chicago used to worry about items they shipped that had “fallen off the back of the truck.” Ohmi merchants had no way reliably to know what anyone had even loaded onto a truck.

Reputation Key to Enforcement of Honesty

In societies without easy communication, rapid travel, and effective legal enforcement, producers and merchants have long tried to insure honesty through reputational sanctions. Merchants congregated on regular market days and swapped not just merchandise, but information about each other’s honesty. Craftsmen lived and worked within guilds that supplied gossip networks through which they could gauge each other’s trustworthiness.

University of Chicago professor Lisa Bernstein studied the New York diamond market. Orthodox Jewish merchants dominated the trade, and their success hinged in part on their common membership in a religious group that tied them together in the course of separating them from the rest of society. They were geographically concentrated, they traded with each other regularly, they attended religious services together, they intermarried. Their common bonds gave them information about each other, and effectively caused each merchant to post his professional reputation as a bond for performance.

Stanford professor Avner Greif extended this work to a situation closer still to the world that the Ohmi merchants inhabited. He studied the agency contracts among the medieval Jewish merchants trading across the Muslim Mediterranean. The merchants used agents who were geographically distant, but (like Bernstein’s diamond traders) socially near: agents who lived and worked within networks through which the merchants could obtain information about probity and reliability from multiple sources. Agents generally behaved, because they knew that if they cheated a merchant they would lose the ability to share in profitable transactions in the future.

In The Story of Japan’s Ohmi Merchants: The Precept of Sanpo-yoshi (JPIC, English, 2019),  Doshisha economics professor Kunitoshi Suenaga details some of the many arrangements that the Ohmi merchants made to monitor their agents and enforce their contracts. Like Greif’s traders scattered across the medieval Mediterranean, the Ohmi merchants could not travel quickly. They could not communicate reliably. And they could not enforce their contracts in court.

Suenaga’s story is in part a story about the steps they took to build their network of inter-regional trade.

The Story of the Ohmi Merchants

Based near Kyoto along the coast of Lake Biwa, the Ohmi merchants traded primarily in pottery, medicines, sake, soy sauce, and textiles. They came from several towns near the intersections of the Tokaido and Nakasendo highways. These routes and others connected the Kyoto-Osaka area with nearby Ise; with Edo (Tokyo); with the mountainous but prosperous Shinano (Nagano) area; with the Japan Sea coast; and with the more distant Tohoku region to the northeast.

Highway” may be a euphemism, of course. These were footpaths, sometimes along the coasts, sometimes through the mountains.

The traders recruited their staff from Ohmi, and stationed their home offices there. Along the various highways, they built a vast network of branch officesーby the late 1920s, more than 1,100.

Through the networks, they collected information about supply:  which regions produced what style of goods, which craftsmen produced the highest quality, and which techniques involved the lowest costs. Through the same networks, they also collected information about demand: which consumers wanted what style of fabric, which villages wanted what flavor of soy sauce, and what price people were willing to pay for each product in each area.

On the basis of that information, the Ohmi traders bought and sold. Knowing who made what and who wanted what, they matched producers with buyers across regions. They rewarded suppliers who offered the best quality-cost ratio.

To maintain honesty within their networks of agents and branch offices, the Ohmi merchants created their own relatively closed “ethnic” ties. They generally hired people born within a common geographical area.  They intermarried. They held religious responsibilities tied to a common Jodo-shin (True Pure Land) Buddhist faith.

The Ohmi merchant houses sent a young man to a branch office only after they had trained him in the home office for multiple years, and observed his abilities, weaknesses, andーcruciallyーcharacter. To maintain his loyalty, they required him to return to the home office every few years. To motivate him to look out for the good of the house, they paid him wages keyed to the profitability of the house. They trained their staff in their home office. They intermarried.

The Ohmi traders trekked the highways across Japan and tied producers to consumers they had never met and never would. They created national markets, and in the process facilitated investments that capitalized on comparative advantage and generated massive economies of scale. They made money.  And they improved the welfare of all of us.

Title: The Story of Japan’s Ohmi Merchants: The Precept of Sanpo-yoshi

To learn more about the book: Read about it on the publisher’s website, here.

To purchase the book: The book is available through amazon, Amazon Kindle, Apple Books, Kinokunya, honto and kobo, all of which may be accessed through the publisher’s website, here.