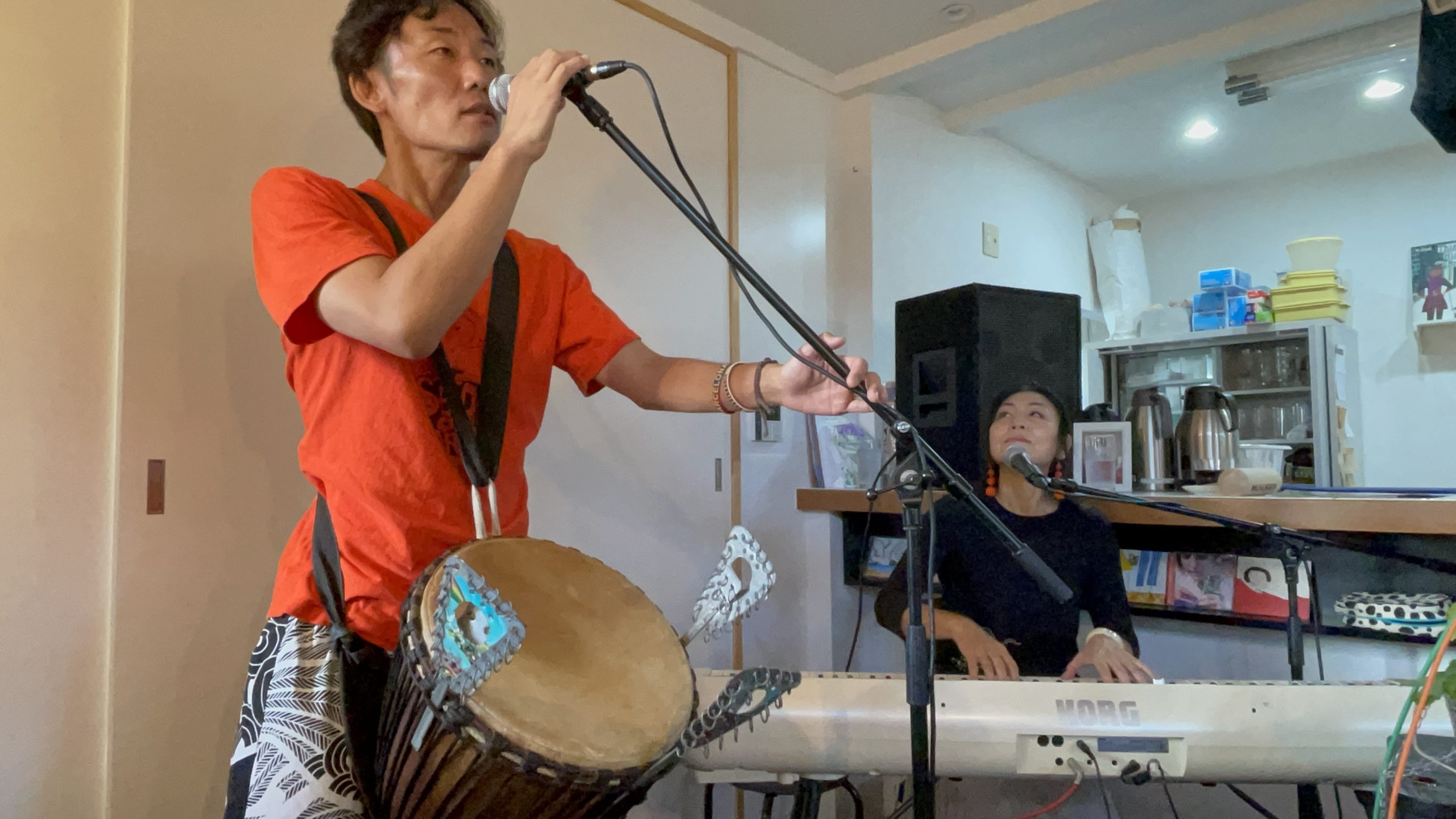 Bookmark is a JAPAN Forward feature that gives you long reads for the weekend. Each edition introduces one overarching thought that branches off to a wide variety of themes. Today’s theme takes on leadership and community building, one town at a time, attracting neighbors of every category and occupation and opening new possibilities for the future. Our hope is for readers to find new depths and perspectives to explore and enjoy, and maybe even initiate asakatsu in your own circle and community. Why not?

In a chilly, early winter morning a year ago — on December 2, 2020, at 7 AM — a small group of local politicians, homemakers, educators, businesspeople, among others, assembled at the recently opened Mix Café in Kawanishi City, Hyogo Prefecture. The gathering was the first in a still ongoing morning lecture series called “Power Up in Kawanishi in the Morning.”

Kenjirō Koshida, our young city mayor, agreed to be the main speaker at our first-ever asakatsu. He discussed the city’s attempts at dealing with the COVID-19 pandemic — nearly one-year-old at the time — and his vision for the post-pandemic (or with-COVID) policies of the city.

Asakatsu refers to a morning activity usually done in groups. It does not have to be limited to talks or lectures. It could be walking, yoga, or all sorts of activities that bring people together, moving, thinking, or ideally both.

In pre-COVID “normal” times, asakatsu were held before someone went to work or school, usually fairly early in the morning to give participants time to still make it to where they were headed for the day. I’ve even heard of asakatsu that started at 4:30 in the morning. Compared to that time, 7 AM is still quite reasonable.

My first experience with asakatsu was with a dynamic group that met in Tokyo called “Crossover.” They sponsored regular talks in English from 7:30 until about 8:45 AM in the Ginza 3-chome area of Tokyo. The gathering was conducted in a classroom-like meeting space inside the office of a small company run by a young entrepreneur.

The hosts included officials from the ministries of finance and agriculture, as well as a journalist from the international bureau of NHK. Participants included businesspeople, students, journalists, government officials, lawyers, etc., of multiple nationalities. While reservations were required, anyone could attend.

There was no particular overarching theme other than that the presentations and discussions had to be conducted in English. And, thus, the contents of the talks covered a whole gamut of issues.

I, myself, spoke several times there, including on topics such as the myths of the so-called “Okinawa Problem,” the influence of population decline on Japan’s Self-Defense Forces, and Operation Tomodachi. To do so, I would schedule a talk with a pre-planned visit to Tokyo, stay overnight, and go to the venue early the following morning to speak.

There were no honoraria, and travel costs were not covered, but the intellectual stimulation and friendships begun were well worth it. I continue to be in touch with some of the people I met there.

Importantly, the interdisciplinary nature of the event meant that people from all backgrounds would find something that interested them and could attend those specific talks or all that provoked their curiosity.

Another great thing about it was the intergenerational nature of the participants. It was organized by young professionals in their late 20s and early 30s, but some of those attending included people in their 60s and 70s. All had a passion for knowledge and the exchange of ideas.

Stepping it Up — and Out — in Kawanishi

Due to the job-related geographical relocation of the government officials who were co-hosting it (in their private capacities), it became difficult for the remaining host to organize the asakatsu. As a result, the activity has unfortunately been on pause since before the outbreak of the COVID pandemic.

In the fall of 2020, I began thinking about hosting a similar asakatsu in Kawanishi, a city of more than 155,000 people in Hyogo Prefecture.

I had been very worried for some time about the emotional and social effects of the isolation caused by COVID-related policies, especially in Japanese society. Japanese people especially like to interact. It is a way for them to build trust and relationships.

At the risk of generalizing, Westerners, meanwhile, tend to be more transactional, or contractual, in nature. Emails, PDFs, online meetings, etc., have long sufficed.

Due to COVID-19, the ability to interact among Japanese has been greatly damaged. I fear this will have long-term consequences for the country. As such, I decided to go ahead with the plan for asakatsu, remembering how much I enjoyed Crossover in Tokyo.

I first asked Mayor Koshida if he was aware of any similar activities here in our city. I have known him for close to two decades, since he was in his 20s and before he became a city assembly member. He was not.

Next, I consulted with Keiko Yao about a possible venue that would either be close to the train station or at least not too inconvenient. She runs a facility ー a coffee roaster in Takarazuka called HUG ー to help those who have suffered traumatic brain injuries in their return to the workforce.

Yao, who opened her facility in 2014, is well connected in the area, especially with welfare-related organizations. She immediately reached out to the owner of Mix Café, whom she supplies with coffee. The café, which opened in June 2020, is also helping those with disabilities enter the workforce, a support activity called shūrō shien in Japanese.

While it was not a precondition that we meet in such a facility, I wanted the asakatsu to be an inclusive place. We learn best when we learn from each other, particularly from those in completely different circumstances. Happily, this model has been very successful, thanks in large part to the positive and proactive support of the café owner, Yūko Matsumoto, and Yao.

Following our first event, we hosted Chicako Kajima, a concert pianist trained in Russia and based in Tokyo. In the midst of the pandemic, she performed a Christmas-themed concert remotely for our second gathering.

Many people are discovering the potential of remote meetings and performances as a result of the pandemic. We have been using that format since then for several of our guest speakers from Hollywood, Broadway, and England. Chicako (who goes by the Russian nickname Chicacoshka, now has a very popular YouTube channel of the same name with approximately 300 videos uploaded). I like to think our asakatsu gave her the confidence to use the internet more in this way.

Indeed, one of the many purposes of “Power Up” has been to help artists and performers who were particularly hard hit during the pandemic, as concert halls, theaters, and other venues were closed. We hosted nearly half-a-dozen musicians during the time, helping them reach new audiences and make new connections.

In that first year, we hosted a total of 36 gatherings. Initially, we met twice a month, but due to the popularity of the events and the number of interesting and talented people out there to speak or perform, we began conducting asakatsu once a week starting in April 2021, when the weather got warmer.

In addition to the musicians alluded to above, speakers have included:

Some of the speakers have been recommended to me by my co-hosts or the participants. I welcome such recommendations, as then the participants become more invested in Power Up in Kawanishi. Moreover, it means tapping a network wider than my own to stimulate our community’s thoughts and actions.

One of the many merits of doing asakatsu is that people who previously did not have a connection to Kawanishi, or to Mix Café, or to one another, now do. Hopefully they can leverage those connections and relationships in the future. At the minimum, we all leave the event more knowledgeable than when we came.

All of the participants and speakers speak about becoming energized by participating. Because of this feedback, “Power Up” is clearly the right name for the group.

This sort of asakatsu does not have to be limited to Kawanishi. Practically anyone, anywhere can start one. I hope more people take the lead in their respective communities to create such morning, or evening, or weekend gatherings.

Asakatsu does not have to be weekly. Once a month will do the trick, and if it is done right, you will see that people will want to gather more and more. It does not even have to be in person. It can be online, although I strongly believe in the importance of physical interaction.

For this reason, I see another merit in asakatsu for areas that are facing community development challenges, perhaps due to a rapidly declining population or a lack of interesting cultural activities. Participating is voluntary and on an individual basis. There is no force, nor is it a “meeting” per se. That makes free discussions possible on any issue.

Those participating are free to speak without having to take an “organizational” position on a topic. Conversations are always respectful, always uplifting, always insightful. That is another reason why people feel “powered up” by attending.

Hopefully readers will feel powered up by this commentary on our asakatsu. Anyone can start one, so why not look around your own neighborhood?