Christophe Lemaire Fulfills Dream of Competing at the Kentucky Derby 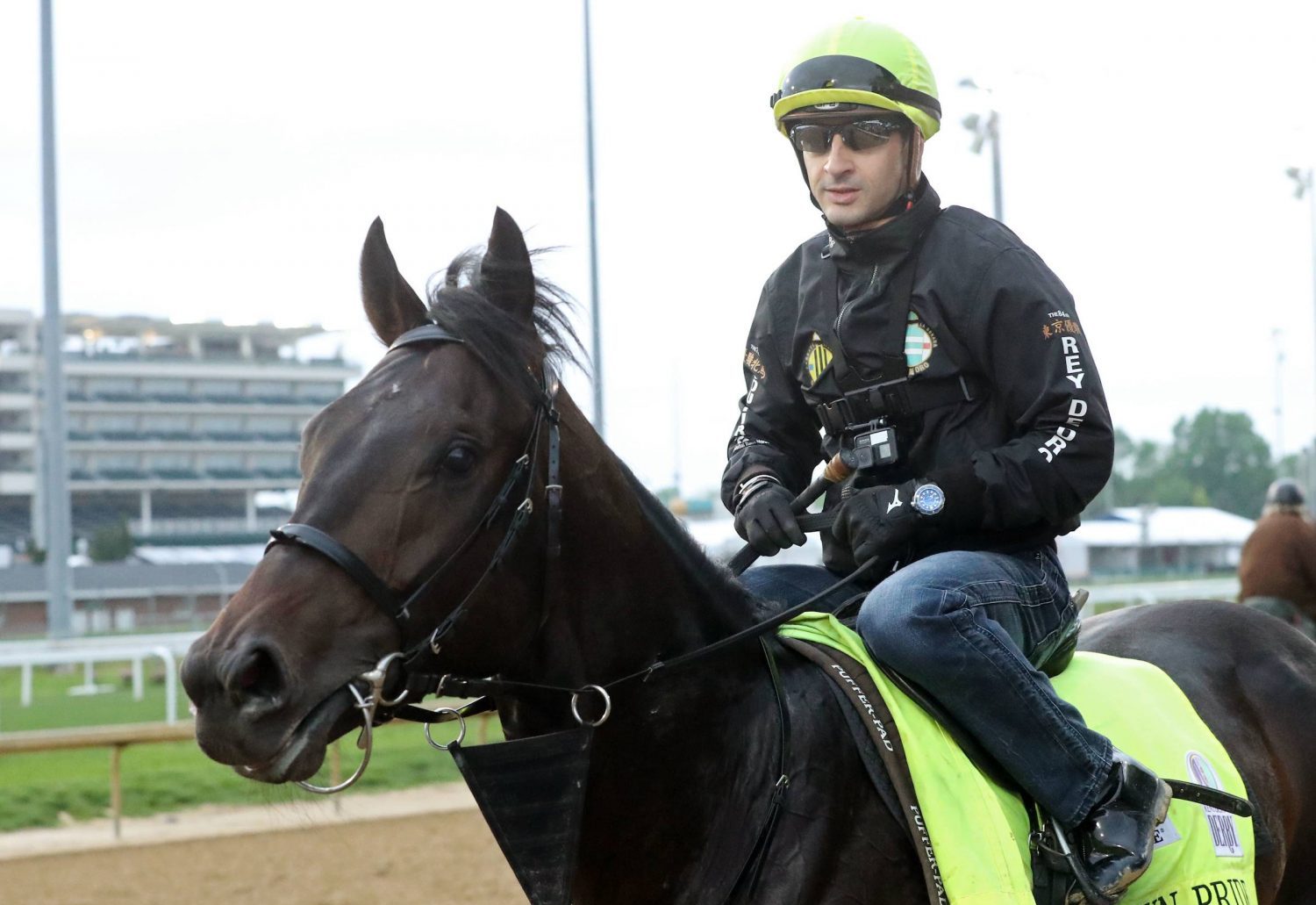 Jockey Christophe Lemaire is making his Kentucky Derby debut aboard Crown Pride on May 7 at Churchill Downs in Louisville, Kentucky. (CHURCHILL DOWNS/COADY PHOTOGRAPHY)

A jockey since 1999, Christophe Lemaire ascended to the top of his chosen profession with determination and a never-wavering commitment to excellence.

This weekend, he’ll realize a lifelong dream by participating in the Kentucky Derby.

In the 148th Run for the Roses, Lemaire will ride Reach the Crown-sired Crown Pride, owner Teruya Yoshida’s prized 3-year-old, at Churchill Downs in Louisville, Kentucky, on Saturday, May 7.

Crown Pride, guided by Damian Lane, booked a spot in the 20-field Kentucky Derby by winning the G2 UAE Derby by 2¾ lengths in Dubai on March 26.

For the first leg of America’s Triple Crown races, trainer Koichi Shotani opted for to give the starting nod to the more experienced jockey. Lemaire turns 43 on May 20; Lane is 28.

“European jockeys and Asian jockeys, we don’t have a lot of chances to ride in the Kentucky Derby. So, as a horse-racing lover, for me riding this race is kind of magic,” Lemaire was quoted as saying by the website Horse Racing Nation. “It was a dream, actually.

In 2010 and ’11, Lemaire participated in Breeders’ Cup Turf races at Churchill Downs, placing third aboard Behkabad and fourth with Sarafina, respectively.

In 2012, he won the Breeders’ Cup Juvenile Fillies Turf aboard Flotilla in Arcadia, California.

Back in the USA

Now he’s back, competing in the United States for the first time since Flotilla’s successful Southern California excursion.

In addition to workouts with Crown Pride on the track, Lemaire meticulously prepared for the Kentucky Derby by studying video of the previous 20 years of the race, according to published reports.

Learning about race tendencies and how races unfold is vital, Lemaire insisted.

“I think even if I had some plan, it would be difficult to ride as planned,” Lemaire was quoted as saying by HorseRacingNation.com about the Derby. “It’s such a special race with 20 runners. We know that it is a very tough race, very rough sometimes. The start, of course, is very important, but in the meantime, you can’t force your horse to be too close to the pace because the risk is to make him tired early on and that’s not the goal, you know.”

So what’s Lemaire’s strategy for the Derby aboard Crown Pride, winner of three races in four career starts?

“To be honest, I don’t know how it’s going to be or how I’m going to ride the horse,” he told reporters. “It depends on how he jumps from the gate, how he grabs the bit early on.”

Crown Pride has appeared strong in workouts this week at Churchill Downs, including on Wednesday, when the dark bay colt covered five furlongs (1,005.84 meters) in 1 minute flat. According to Churchill Downs’ official clockers, it was the fastest time among nine Derby entrants who had morning workouts. Both Lemaire and assistant trainer/exercise rider Masa Matsuda worked out with Crown Pride.

Lemaire liked what he saw during the workout.

"I'm very happy with the horse, very happy with the way he moved, and his attitude,” Lemaire said, according to bloodhorse.com. “He really has gotten used to the environment. He did a five-furlong piece of work, improving the pace gradually. He made a good move down the stretch."

A day after Lemaire and Crown Pride rode a half-mile in 46.60 seconds, the horse took it easy, walking in his barn for some light exercise.

In a video interview posted on Kentucky Derby’s official Facebook page on April 28, Matsuda said Shintani, Crown Pride’s trainer, has focused on establishing a laid-back atmosphere for the horse.

Does Matsuda feel there’s pressure for Crown Pride to win at Churchill Downs?

Actually, no, he commented, in the interview below.


“If I have pressure, I cannot win,” he said of the team’s outlook for Crown Pride. “I have no pressure, [so] I can win.”

Saturday’s race will be a national reunion of sorts for Lemaire, who was born in Gouvieux, France. Five French jockeys are in the field of 20.

The others are Mickael Barzalona (Summer Is Tomorrow, the runner-up at the UAE Derby), Flavien Prat (Zandon), Florent Geroux (Cyberknife) and Julien Leparoux (Classic Causeway).

Master Fencer, trained by Koichi Tsunoda and ridden by Leparoux, became the first Japanese-bred horse to compete in the Kentucky Derby in 2019. He finished sixth.

In 1995, Yutaka Take became the first Japanese jockey to ride in the Kentucky Derby. He placed 14th aboard Ski Captain.