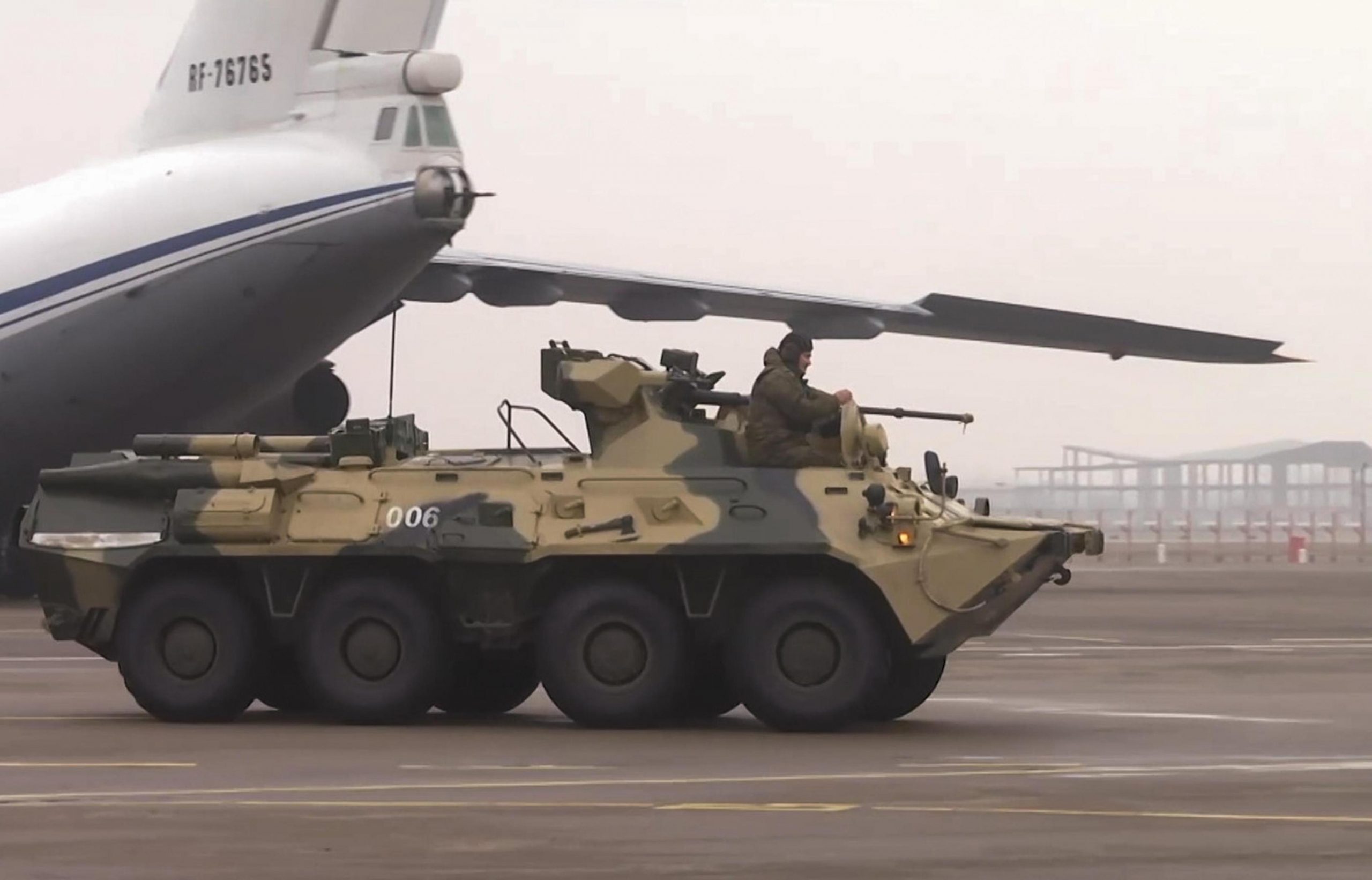 More than 160 people have died in clashes between protestors and security forces in Kazakhstan, a country that was formerly part of the Soviet Union. The unrest grew out of large-scale demonstrations against drastic increases in fuel prices in the country. Then they quickly morphed into protests against the Kazakh government.

The regime of President Kassym-Jomart Tokayev has reacted by taking forceful measures to crush the demonstrations, including cutting off access to the Internet and authorizing the military and security forces to fire on protestors without prior warning. It goes without saying that such methods for dealing with the situation cannot be condoned.

Another development that cannot be overlooked is the role of Russia’s leading military alliance, the Collective Security Treaty Organization (CSTO), which rapidly dispatched a “peacekeeping force” to Kazakhstan.

The ulterior motive for this intervention is clearly the desire of Russian Federation President Vladimir Putin to protect the authoritarian regime in Kazakhstan and preserve Moscow’s influence in that nation. Russia should cease its intervention and let the Kazakh people themselves handle the disorder.

The anti-government demonstrations in Kazakhstan were triggered by a change in the government policy at the beginning of this 2022 New Year that roughly doubled the price for liquefied petroleum gas (LPG), which is also used for motor vehicle fuel.

But they also reflected underlying deep-seated dissatisfaction with the authoritarian regime that has been controlled by ex-president Nursultan Nazarbayev for more than three decades since the end of the Soviet Union.

Although Nazarbayev retired as president in 2019, he has continued to rule from behind the scenes ー including in his role as chairman-for-life of the Kazakhstan’s Security Council. Many Kazakhs are demanding that social ills such as a corrupt ruling class and extreme disparities in wealth be rooted out.

Putin, who also has been in power in Russia for many years, obviously is worried that anti-establishment sentiment could reach Russia. He therefore responded with alacrity to President Tokayev’s plea for help.

The Russian leader dispatched the 2,500-strong CSTO force composed primarily of Russian troops to Kazakhstan – despite the fact that the nation was not under any kind of military attack.

The ostensible purpose of the CSTO is to serve as a security framework to provide assistance if a member nation does come under military attack. Putin and Tokayev have alleged that demonstrators included “terrorists who were trained abroad” as justification for intervention by CSTO units.

China, too, obviously had the West in mind when it endorsed the Russian intervention to prevent a “revolution by outside forces.” Thus Moscow and Beijing have once again joined hands to maintain an authoritarian regime.

Nevertheless, they have failed to provide any proof that foreign forces instigated the demonstrations in Kazakhstan, and the United States is actively questioning the basis for the dispatch of military forces.

Large-scale demonstrations demanding democratization have broken out one after another in the former Soviet sphere, including Ukraine in 2014, Armenia in 2018 and Belarus in 2020. Russia and China should take such expressions of popular will in the region seriously.