Explore the Decaying ‘Battleship Island’ on a Gunkanjima Cruise 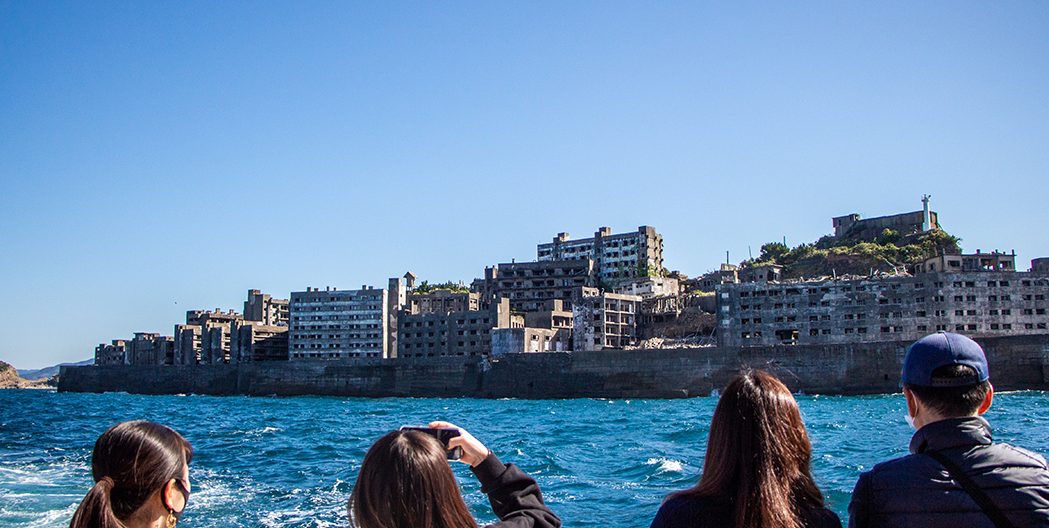 I have a morbid fascination with abandonments. They are symbols of death, bankruptcy, modernisation and economic downturn. Their grimy shadows hide secrets, their decaying decor illuminates history and their silence speaks volumes. Oftentimes, once the decision has been made to walk away, these buildings, amusement parks and towns are frozen in time, defenceless against the unyielding forces of nature, forgotten.

But not always. In some cases, like Hashima off the coast of Nagasaki, efforts are made to preserve and even promote the sites as tourist attractions. Those with a penchant for urban exploration should take a Gunkanjima Cruise out of Nagasaki City to witness the crumbling former coal mining island for themselves.

Hashima, often referred to as Gunkanjima, or Battleship Island, due to its boat-like profile, is a UNESCO World Heritage Site located 15km from Nagasaki’s city center. Coal mining kicked off here around 1887 and continued for nearly a century until 1974. At its peak, Hashima’s population was over 5,000 people; for such a small island—160m east to west and 480m from north to south—this made it the most densely populated place on Earth.

Though mining was the main industry, residents also had access to schools, shops, a hospital, cinema and swimming pool among many other facilities. It was its own self-contained little world, with easy access to the mainland for anything else they needed. Since the collapse of the coal mining industry and the subsequent abandonment in the 1970s, Gunkanjima has been battered almost beyond recognition by typhoons, giving it a rather spooky appearance. The island was later opened to the public in 2009, but it’s not possible to explore on your own. Luckily, there are a number of tour providers that can ferry you to the island for a guided look.

You can read the rest of the article at this link. This article was first published by Team JJ on January 13, 2021. Check here for deeper and unique insights into visiting Japan, including wellness, travel, cuisine and more. Follow on Instagram @japanjourneys.jp, and on Facebook at this link!