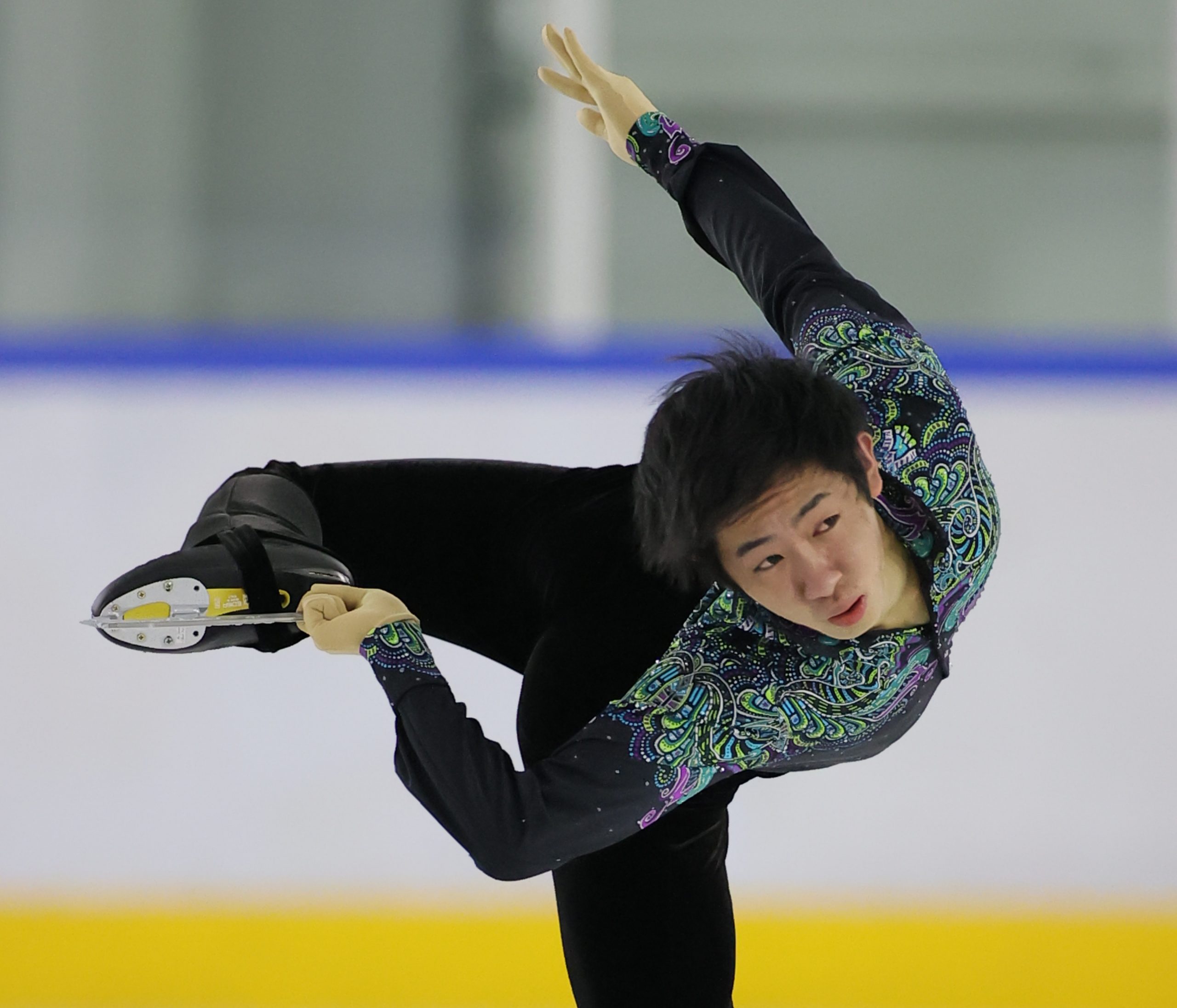 Tatsuya Tsuboi, seen in an October file photo, took a commanding lead into after the short program at the Japan Junior Championships in Nagoya on November 20.

NAGOYA ー Tatsuya Tsuboi took a commanding lead after the short program at the Japan Junior Championships on Saturday, November 20 with a sublime skate to the soundtrack from “Tree of Life.” The 18-year-old, who was the junior champion three years ago but has struggled the past two seasons, was back in form on this day.

Tsuboi’s score of 81.05 points put him in the lead by more than 12 points over Nozomi Yoshioka, who is in second place with 68.55, going into Sunday’s free skate. Takeru Kataise is third at 67.99.

Kao Miura, who entered as the favorite, struggled in his skate to “Winter” and is seventh on 64.00. He has a lot of work to do if he is to improve on last year’s second-place finish and top the podium.

Young phenom Mao Shimada, who was third last year, is fourth with 61.76.

Tsuboi opened with a solid triple axel, then landed a nice triple flip, and hit a triple lutz/triple toe loop combination. He received level fours on all of his spins and a level three on his step sequence, while displaying fine line and deep edges.

“I was nervous from the six-minute practice for the first time in a year, but I was relieved that I could finish without mistakes,” Tsuboi stated. “I think I’ve taken all the steps.”

Tsuboi added that he is planning to attempt a quad salchow in his free skate, which he just started practicing a week ago.

The 16-year-old Miura began with a solid triple lutz/triple toe loop combo, but botched the landing of his triple flip, then popped his planned triple axel into a single. He received level fours on two of his spins and a level three on his step sequence.

“I’m really absent-minded. There is a big hole [in the ice] and I can’t jump up, so I don’t know what happened,” Miura commented about the axel, saying he saw the hole but could not change his course. “I will just do the free [skate]. I am really going to win!”

Sumiyoshi moved through her program smoothly, with the only blemish being a quarter call on the back end of her triple lutz/triple toe loop combo. The Tokyo native notched level fours on her spins and a level three on her step sequence.

“I have concentrated and practiced on my short program to make no mistakes,” Sumiyoshi remarked. “I can’t do it easily, but I can concentrate and feel confident.”

Yoshida was content with her performance and looking forward to the free skate.

“I’m glad that the short program was put together, because I was very anxious,” Yoshida noted. “I feel confident for tomorrow.”

Shimada, the two-time Novice A champion, is in clear striking distance of the leaders, especially if she lands her quad toe loop in the free skate.

“I want to challenge. I have a difficult jump, so I want to make sure that it doesn’t affect other jumps even if I miss or fail,” the 13-year-old Shimada commented. “The performance time is 30 seconds longer than Novice and one jump is added.”