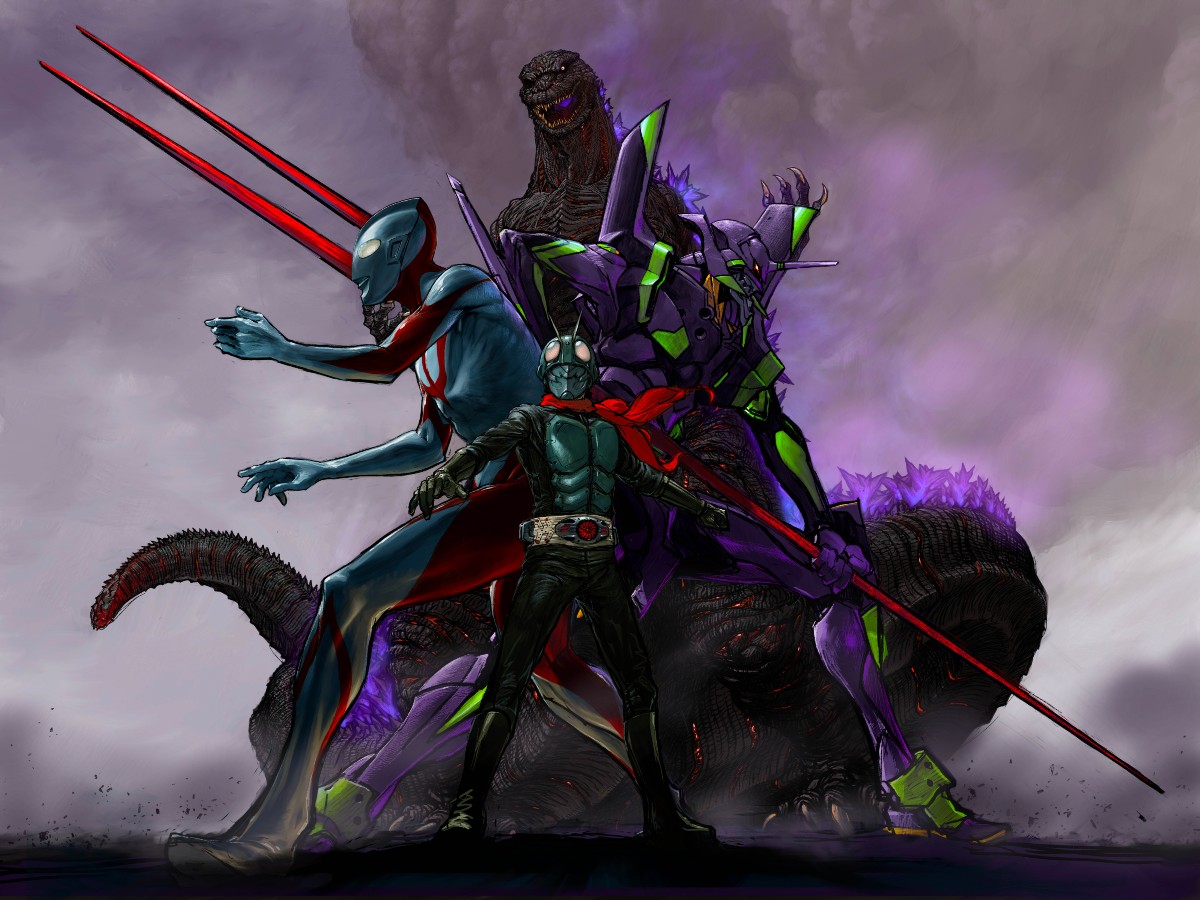 When famed creator of legendary anime series Neon Genesis Evangelion Hideaki Anno and creative collaborator Shinji Higuchi took on the King of the Monsters in Shin Gojira (titled Godzilla: Resurgence in English) that appeared to be as big as it could get.

Little did we know the duo were just getting started, announcing their plans to helm Shin Ultraman later this May, and that Shin Kamen Rider would be scheduled to hit the silver screen in March of next year.

The companies behind each property, Toho (Godzilla), Studio Khara (Neon Genesis Evangelion), Tsuburaya Productions (Ultraman) and Toei (Kamen Rider) have come together to announce a collaboration of the Shin-universe of their larger-than-life characters called the “Shin Japan Heroes Universe.”

The rest of the article can be viewed on our partner’s website, grape Japan at “Godzilla, Kamen Rider, UItraman, and Evangelion have dream collaboration in new Shin Japan Heroes Universe.”