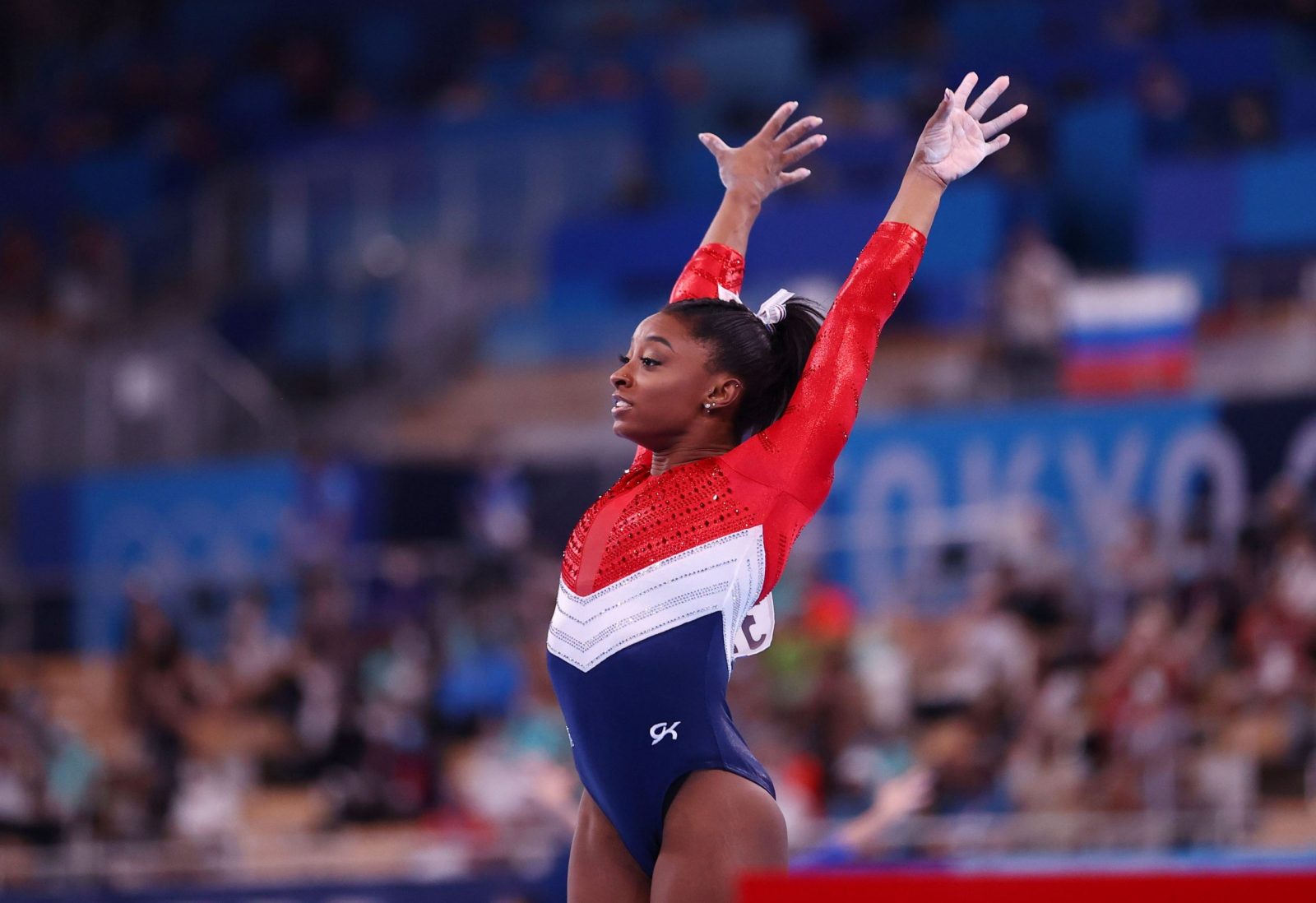 Simone Biles of the United States competes on the vault during the women's team final on July 27 at Ariake Gymnastics Centre. (Lindsey Wasson/REUTERS)

Simone Biles entered the Tokyo Olympics as one of the most-decorated athletes in modern times, but she decided she needs time away from competition a day before the showcase event of the women’s gymnastics program.

The reigning Olympic women’s all-around champion revealed on Wednesday, July 28 that she needed a break from the mental grind of competition.

“After further medical evaluation, Simone Biles has withdrawn from the final individual all-round competition at the Tokyo Olympic Games, in order to focus on her mental health,” read the statement. “Simone will continue to be evaluated daily to determine whether or not to participate in next week’s individual event finals.”

American Jade Carey, who placed ninth in qualifying, replaced Biles as the nation’s second gymnast in the final at Ariake Gymnastics Centre. The final is set to begin at 7:50 p.m. on Thursday, July 29.

In a shocking development, Biles exited the women’s team final on Tuesday, July 27, an unusual departure considering how high the stakes are for an athlete who’s been dubbed the greatest female gymnast of all time by several of the sport’s foremost experts.

The 24-year-old Biles, a four-time Olympic gold medal and 25-time world championship gold medalist, removed herself from the team finals. Team USA wound up finishing as the runner-up.

The Associated Press described Biles’ unexpected departure this way: “She posted on social media on [Tuesday] that she felt the weight of the world on her shoulders. The weight became too heavy after vaulting during team finals. She lost herself in mid-air and completed 1½ twists instead of 2½.”

The 24-year-old Biles is a sports icon who has landed numerous high-profile endorsement deals.

Now, her decision to step away from competition for a few days or perhaps much longer could elevate her profile even more.

“We wholeheartedly support Simone’s decision and applaud her bravery in prioritizing her well-being. Her courage shows, yet again, why she is a role model for so many,” read the closing sentences of USA Gymnastics’ statement.