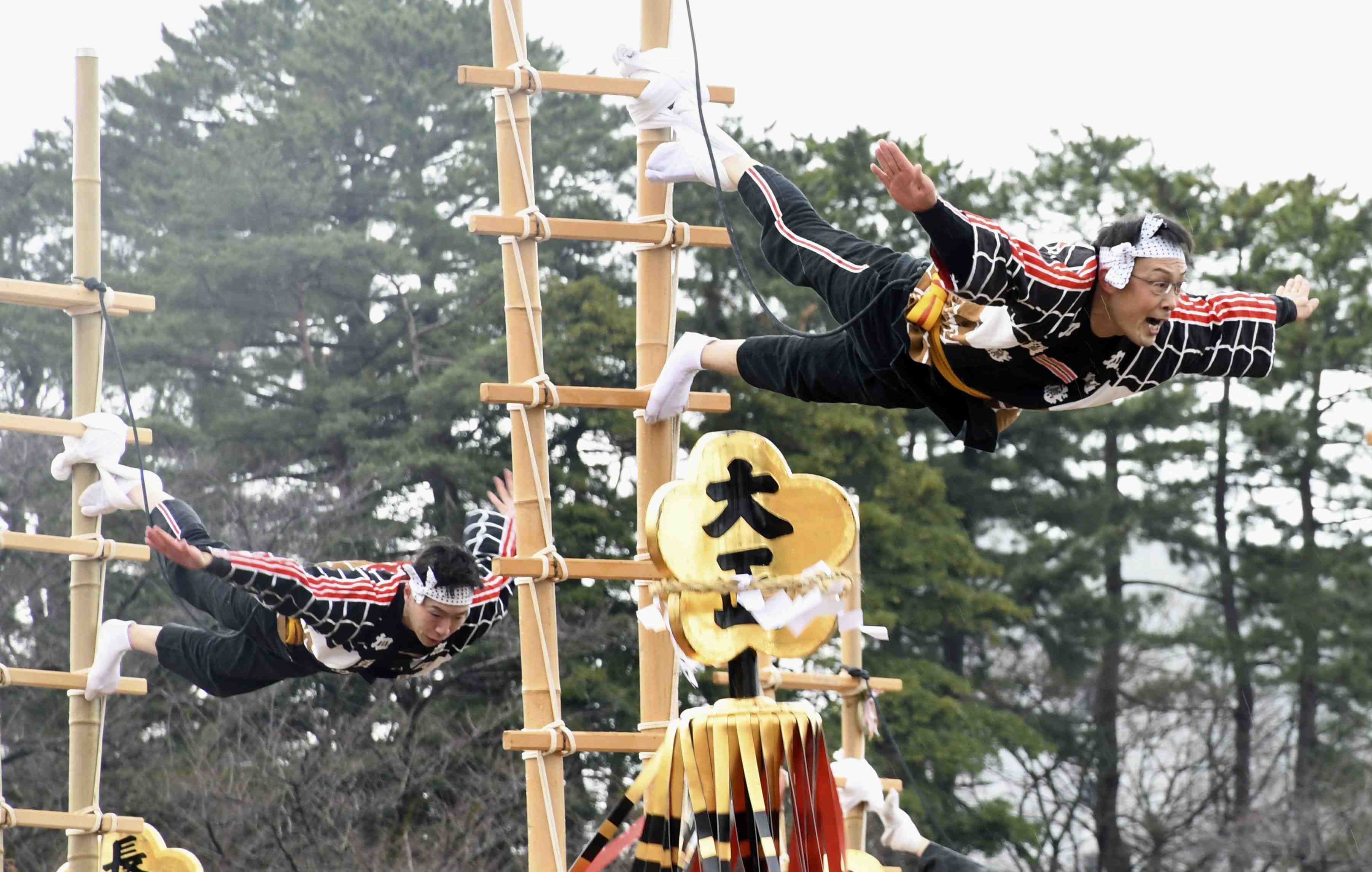 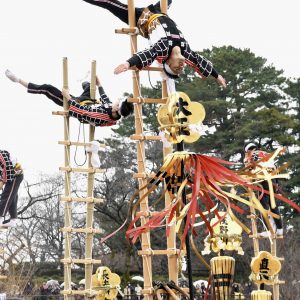 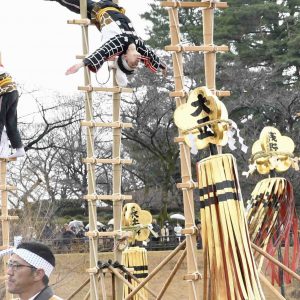 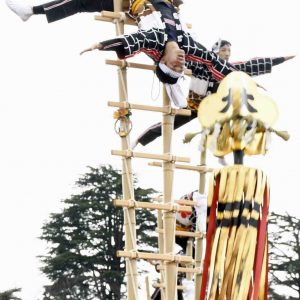 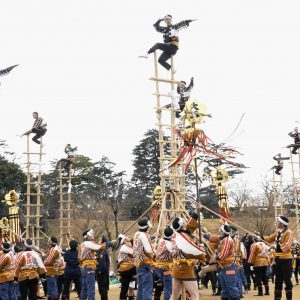 Sometimes, traditions have hidden histories to uncover. Other times, the origins can be surprisingly obvious and yet reveal how a traditional celebration has survived in the modern age.

This was the case when I found out about a particular festival that takes place every year in Kanazawa. It’s called Kaga Tobi Matsuri.

The festival is essentially a performance of men dressed in Edo-style clothes, showcasing athletic skills which would have been the ABCs for a firefighter in the era of Edo Japan.

The performance is a spectacle to behold. In Kanazawa Castle Park, full-grown men climb 41 six-meter-tall ladders and in unison perform “Hashigo Nobori,” meaning the “ladder acrobatics.” The event is peppered with cries of “EI” “YA” to galvanize both performers and spectators.

Interestingly, Kanazawa’s Kaga Tobi Matsuri isn’t the only celebration of its kind. Japan has, in fact, a very long history of firefighting going back to the Edo period.

The city of Edo was one of the largest metropolis in the world in the 18th century, with just over one million inhabitants. Fires were so frequent in the city built mainly out of wood and paper that a famous proverb went, “Fires and fights are the flowers of Edo.”

With the rising number of fires came some of the first fire brigades in the modern era. According to the Kanazawa Fire Brigade Association website, the practice of climbing on ladders was born so the condition of the fire and the wind could be surveyed, allowing the response to be tailored to the problem.

The fire brigade originating in Kanazawa was one such fire brigade. Started in 1718, according to the Kanazawa Fire Brigade Association, it became known as Kaga Tobi.

So just like that, the initial firefighter celebrations were born, like the Kaga Tobi Festival in Kanazawa, and the similar Dezomeshiki in Tokyo. They were a way to showcase the courage and the art of the fire brigadier, as well as to sensitize commoners to fire prevention.

Since its start all the way back in the Edo period, the folk festival Kaga Tobi Matsuri has been something many people look forward to every year. It is now designated as an intangible folk cultural heritage of Japan.

In 2020, about 1,300 fire brigadiers participated in the festival, with the climax of the performance being a technique called “The Flight of the Japanese Warbler.” This is a technique where the performer ties his foot to the ladder with a cloth, and balances himself such that the stomach is facing downwards, his body is horizontal and parallel to the ground, mimicking, as it happens, the flight of a bird.

As the performers took their positions, the crowd roared appreciatively and clapped.

If you are in the area in 2021, perhaps pop by to get an idea of what a firefighter would have looked like!