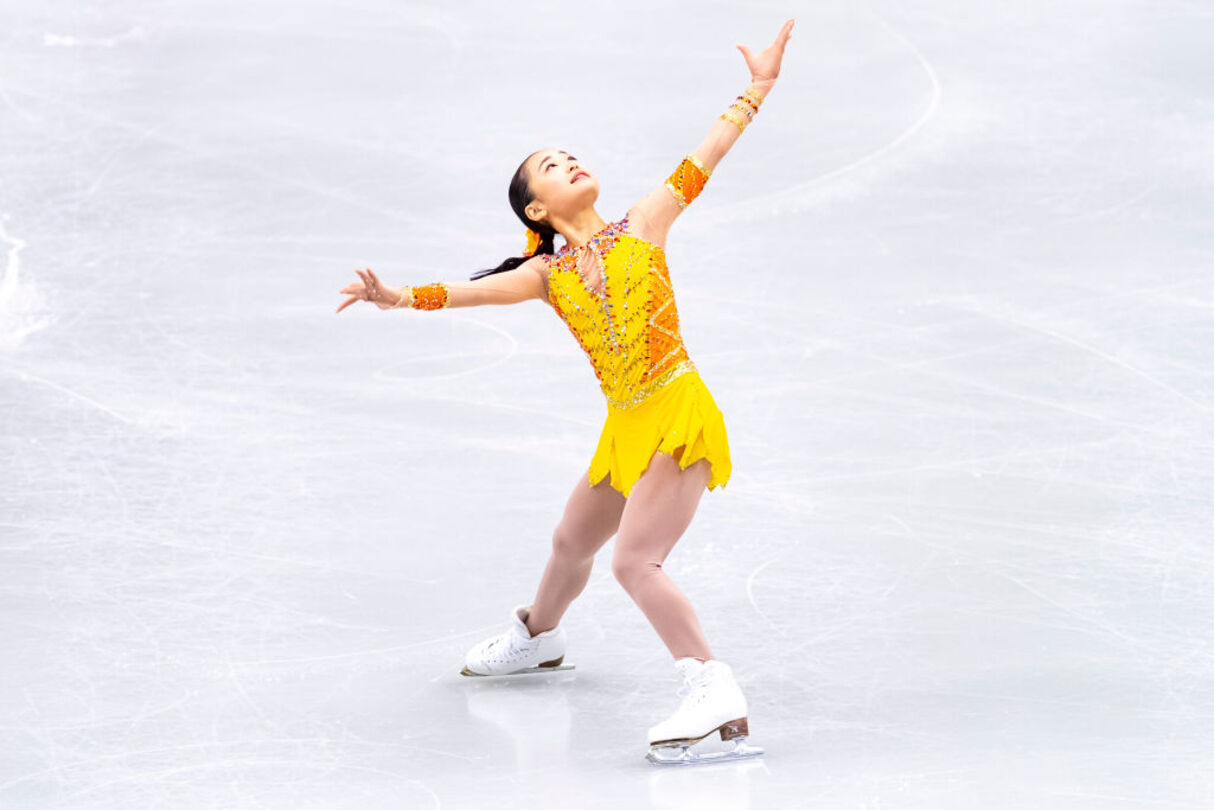 Mao Shimada skates in the women's short program at the 2022 JPG Czech Republic at Ostravar Arena in Ostrava, Czech Republic, on September 1. (ⒸISU)

It was another banner weekend for Japan, as the Hinomaru took home four medals at the Junior Grand Prix meet held in Ostrava, Czech Republic, from September 1-3. Led by teen phenom Mao Shimada, who won the women’s event by a large margin, and Nozomu Yoshioka, who took the men’s title, Japan flexed its muscles with a big medal haul for the second straight week.

Shimada’s training partner, 14-year-old Ikura Kushida, was the revelation of the event, earning the bronze medal in her JGP debut with a fantastic free skate that vaulted her up from eighth place after the short program.

Not to be outdone, ice dancers Nao Kida and Masaya Morita claimed the bronze, marking the first JGP medal Japan has ever taken in the discipline.

The 13-year-old Shimada was a heavy favorite entering this JGP off her victories at both the Japan Novice and Junior Championships in the 2021-22 season. Shimada didn’t disappoint, living up to her billing and then some on the way to victory.