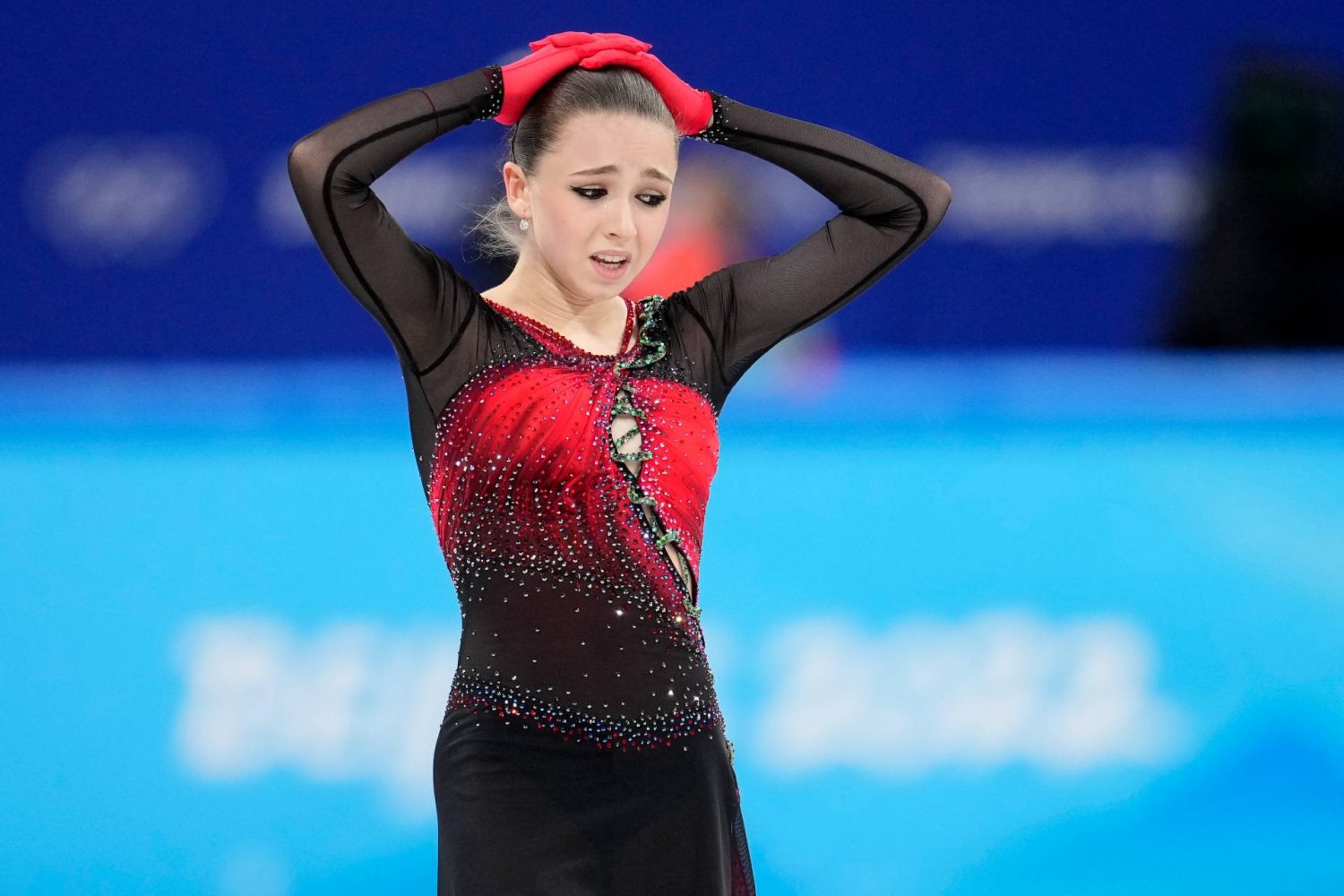 Kamila Valieva reacts after the women's free skate program during the figure skating team event at the Beijing Olympics on February 7. (Natacha Pisarenko/AP)

The International Testing Agency, the body that runs the anti-doping program for the IOC during the Olympics, revealed the details behind the doping case involving star Russian Olympic Committee skater Kamila Valieva on Friday, February 11.

In a detailed press release, the ITA said that the 15-year-old Valieva tested positive for the banned substance trimetazidine at the Russian Championships on Christmas Day of 2021. The World Anti-Doping Agency-accredited lab in Stockholm, for some unknown reason, did not report the results until February 8, the day after the team event in Beijing concluded with the ROC winning the gold medal.

Because the test was collected by the Russian Anti-Doping Agency (RUSADA) before the Olympics, the case is not governed by the IOC, and not managed by the ITA. Upon getting the lab results, the ITA informed Valieva that she was provisionally suspended and could not compete or train further at the Olympics.

Valieva, who starred in the team event, challenged the suspension at a RUSADA disciplinary hearing on Tuesday in Beijing and was reinstated. She then practiced on Thursday and Friday. The women’s short program will begin on February 15, with Valieva a prohibitive favorite to win the gold.

Under the World Anti-Doping Code, WADA, ISU (International Skating Union), RUSADA and the IOC can appeal the decision to lift the provisional suspension before the Court of Arbitration for Sport. The IOC will exercise its right to appeal and not to wait for the reasoned decision by RUSADA, because a decision is needed before the next competition that athlete is due to take part in (Women Single Skating, 15 February 2022).

The bottom line is that the IOC is moving to kick Valieva out of the Olympics. The ruling in the Court of Arbitration for Sport (CAS) hearing could impact the results of the team event. If Valieva is disqualified, the United States would win the gold and Japan the silver.

Trimetazidine is a drug that is used to treat angina. It improves the flow of oxygen and blood to the heart.

Dr. Elizabeth Murray, a pediatric emergency medicine physician at the University of Rochester Medical Center, told CNN on Thursday that “what this drug does is actually make your heart work more efficiently. It doesn’t change your blood pressure very much or change your heart rate.”

Added Murray, “An athlete wouldn’t get jittery or necessarily feel all that different, but they would theoretically be able to perform at a higher level for longer. It would increase their endurance, potentially.”

Chen Talks About Road to Gold in Beijing

Men’s gold medalist Nathan Chen held a press conference answering questions on several issues in Beijing on Friday, the day after his dominating victory that made him the seventh American man to win the Olympic singles title.

The 22-year-old Chen credited his early arrival in Beijing with helping him triumph.

“Because I came in so early, I did have the opportunity to have a lot of practices, and those practices were not official practices, meaning that I could play my music a couple extra times,” Chen noted. “So I got a lot of extra reps (repetitions) that I wasn’t expecting to get in prior to the start of the official practices.”

This was in contrast to Yuzuru Hanyu, who arrived in Beijing just two days before the short program began and didn’t start practicing until the day prior.

Chen was questioned about how he did not allow the mistakes of his competitors in the free skate to rattle him.

“No matter what happens before you, the mindset has to stay the same,” Chen stated. “You still have to maintain your confidence and focus on the things you can control, so there’s no difference. I like to know what the field is looking like, but it doesn’t directly change the way I address my program.”

When asked about his future plans and whether he would continue skating.

“The most immediate thing now is for me to go back to school [Yale University] in August and from there decide what I want to do,” Chen commented.

Next month’s world championships will be held in Montpellier, France, and Chen said he is undecided about participating in them.

“That is TBD (to be determined) right now,” Chen remarked. “I will think about it a little bit and talk to everyone else on my team and see what their feelings are and kind of go from there.”

Asked to give his thoughts on what he was thinking after he knew he won the gold, Chen considered the totality of his drive to be the best.

The ice dance competition will start with the rhythm dance on Saturday night at Capital Indoor Stadium. Misato Komatsubara and Tim Koleto, who skated in the team event, will be Japan’s lone representatives in the field of 23 couples.