Is China Producing Biological Weapons? Look At Its Capabilities and International Compliance 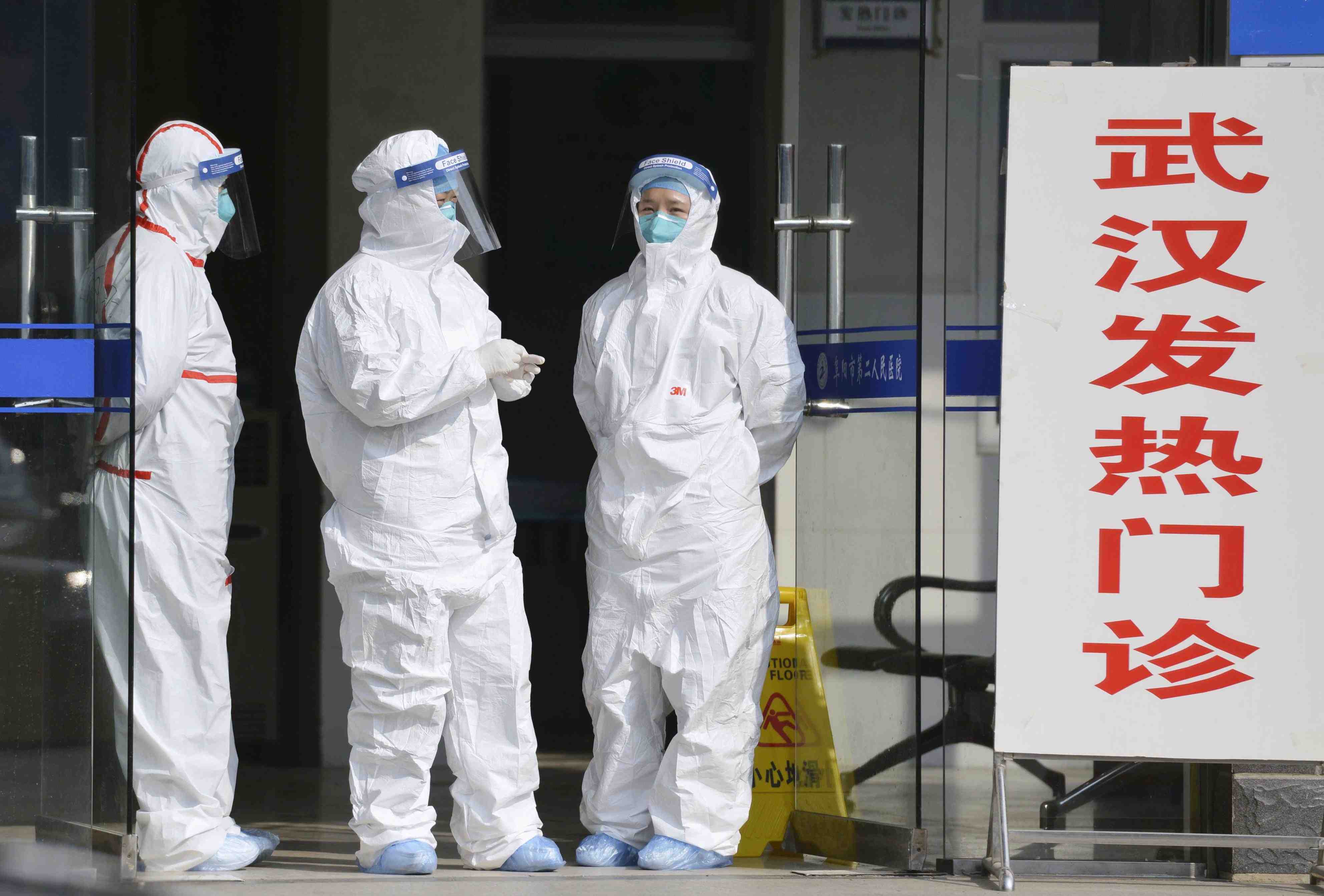 China’s novel coronavirus epidemic could well become Xi Jinping’s greatest internal challenge. The epidemic’s economic and social ramifications are stretching beyond control and have assumed the shape of a global threat.

The virus’ genome initially was referred to as “Wuhan pneumonia” in a few quarters, after the city in central China where the first human infections were detected.

From keeping an economy up and running with 750 million people in quarantine, to ensuring that their faith in the communist party’s regime that appears to be already shattered doesn’t turn into rebellion, the challenge for Xi is complex and galore.

This article reviews the background of Chinese activities in the field of biological weapons research, capability, and international compliance.

The Geneva Protocol calls for the prohibition of the use in war of asphyxiating, poisonous, or other gases, and of bacteriological methods of warfare. It prohibits the use of chemical and biological weapons in international armed conflicts. It was signed in Geneva on June 17, 1925, and registered in the League of Nations on September 7, 1929.

The People’s Republic of China acceded to the Geneva Protocol and reaffirmed its commitment to it in July 1952.

This protocol did not, however, prohibit the production or stockpiling of chemical weapons. That ban was achieved only many decades later under the Chemical Weapons Convention (CWC) in 1993, which China signed that year but ratified only in 1997.

It was reported in the September 1988 edition of Jiefangjun Bao (解放军报 People's Liberation Army Daily) that China carried out in Tibet what it called “chemical defense maneuvers in the high-altitude zone to test newly developed equipment.”

I wrote in my book titled Nuclear China: A Veiled Secret (KW Publishers, 2014) that almost no details of these programs and capabilities have appeared in open source literature. The Chinese secrecy and ambiguity on these subjects remains unparalleled.

If Chinese writings on chemical weapons are sparse, the case of any information on biological weapons is even worse. Although the Chinese government has declared past chemical weapons related activity to the Organization for the Prohibition of Chemical Weapons (OPCW) at The Hague, the information has not been made public and remains strictly classified.

The Convention on the Prohibition of the Development, Production, and Stockpiling of Bacteriological (Biological) and Toxin Weapons and on their Destruction (BWC) was signed in London, Moscow, and Washington on April 10, 1972. China finally acceded to the BWC in 1984.

While destruction of chemical weapons stockpiles was achieved through the CWC and the OPCW, the progress on BWC was rather slow, primarily due to the lack of a formal verification mechanism. More specifically, in the case of China, the BWC verification protocol was bogged down, in part because of policy differences between China and the United States over the issue of export controls.

The 1972 BWC bans “microbial or other biological agents, or toxins whatever their origin or method of production, of types and in quantities that have no justification for prophylactic, protective or other peaceful purposes.” Likewise, the BWC bans “weapons, equipment or means of delivery designed to use such agents or toxins for hostile purposes or in armed conflict.” The potential means of delivery systems could be cruise missiles, fighters, bombers, helicopters, artillery, rockets, mortars and sprayers.

It is extremely difficult to assess from open source material whether China possesses the technology for delivering biological weapons agents. However, a few sources indicate that modern Chinese cruise missiles can theoretically deliver both chemical and biological agents.

China is not a member of the Australia Group (AG), a voluntary supply-side export control multilateral regime established in 1985 to identify those exports which need to be controlled so as not to contribute to the spread of chemical and biological weapons. Nevertheless, China’s export control regulations currently bring its laws in line with the AG guidelines and control lists.

China officially states that it remains in compliance with its BWC obligations and that it has never had an active biological weapons program. However, during the course of research for my 2014 book, the earliest efforts at biological weapons’ defense by the Chinese People’s Liberation Army (PLA) were discovered. These were anti-plague units formed in 1952 during the involvement of the Chinese People’s Volunteer Army in Korea.

As per U.S. sources, China’s biological weapons activity has been extensive. According to the 1993 State Department Compliance Report, China’s activities continued even after it had joined the BWC. Moreover, a 2010 report indicated that the dual-use activities during that period could have, in fact, breached the BWC.

It needs to be acknowledged that China’s infrastructure provides it with advanced capabilities, allowing it to develop, produce, and weaponize agents. Reports of a Chinese biological weapons facility existing in the Xinjiang province, not very far from the nuclear testing site at Lop Nor, have emerged frequently. In fact, an outbreak of hemorrhagic fever in the late 1980s at this facility could possibly have been the result of China’s offensive biological weapons research, according to the 1999 book by Ken Alibek titled Biohazard: The Chilling True Story of the Largest Covert Biological Weapons Program in the World–Told from Inside by the Man Who Ran It (Random House, 1999).

At one time, the public health division of the PLA’s then-General Department had circulated a notice, stating that there was an outbreak of endemic hemorrhagic fever in a “certain” place whose major means of infection were rats and fleas. The U.S. Department of Defense, in its report, Proliferation: Threat and Response, maintained that:

Beijing is said to possess the technology to mass-produce most traditional biological weapons agents, including causative agents of anthrax, tularemia, and botulism. The same publication argued that China’s biological weapons defense doctrine emphasized on ridding an affected area of infected insects and vermin on the assumption that modern armies would employ these crude methods of delivery.

The PLA’s “Anti-Biological Warfare Unit” stationed in northern China was reported in the Ming Pao Daily, with its official name being the “Military Medical Research Institute of the Beijing Military Region” (Junqu Junshi Yixue Yanjiusuo). Specialized equipment was also fielded to counter the biological weapons threat to the troops of China’s PLA, including aerosol samplers and biological weapons agent sampling kits in unspecified numbers.

The Spring 2002 Nonproliferation Review put out that, as far as cultivation of biological weapons agents was concerned, there were biological products factories at Wuchang (one of 13 urban districts of the prefecture-level city of Wuhan, the capital of Hubei province), Chongqing, and Kunming. Biological weapons agent production facilities are also located in Shenyang, Shanghai, Lanzhou, and Guangzhou.

Besides, there are three primary large-scale biological research and production sites, namely:

These facilities have four types of bacteriological bombs:

Dalian is a port city on the Liaodong Peninsula, at the southern tip of China’s Liaoning province. Its products include:

Changchun is the capital of northeast China’s Jilin province.

It would suffice to conclude that, akin to the ambiguity and secrecy surrounding China’s nuclear weapons and other aspects of military modernization, Beijing has successfully created a wall preventing any outflow of information regarding its biological or chemical weapons capabilities, including production and mobilization potential. What remains available in the declassified realm is the PLA’s dictum that using chemical weapons would “be just like releasing the evil spirits from Pandora’s box, eventually slipping towards the abyss of nuclear war.”