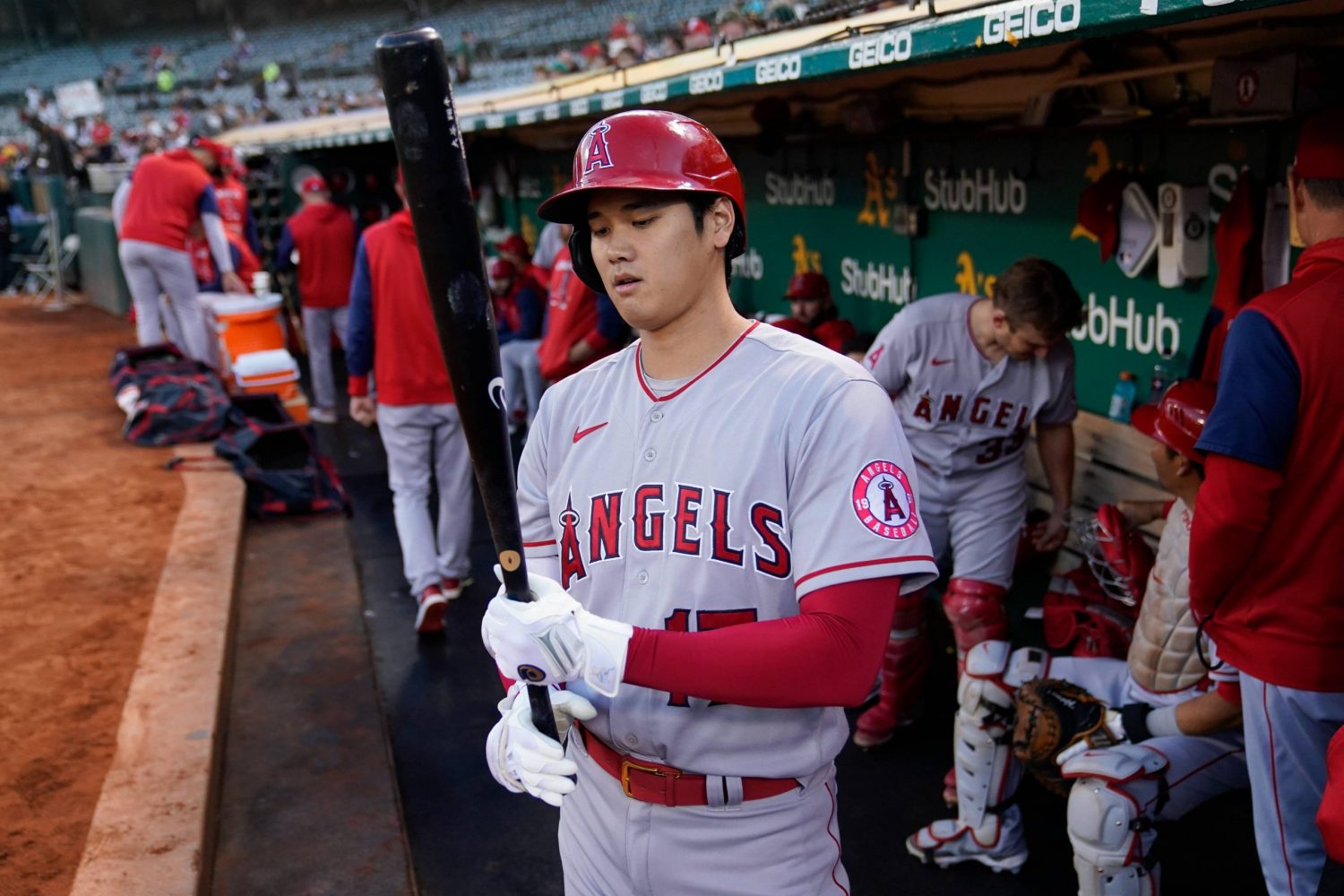 Los Angeles Angels designated hitter Shohei Ohtani gets ready for the team's game against the Oakland Athletics in Oakland, California, on October 4. (Godofredo A. Vasquez/AP)

The reigning American League MVP belted 34 home runs and drove in 95 runs. He batted .273, raising his average from .257 in 2021. Although he struck out 162 times, that number was a significant reduction from last season's total (189 whiffs).

Ohtani further developed as the ace of the Angels pitching staff. After going 9-2 with a 3.18 ERA and 156 strikeouts in 130⅓ innings (23 starts) in 2021, the Iwate Prefecture native had better numbers across the board from the pitching mound in 2022.

Appearing in 157 games as a hitter, Ohtani's durability and productivity were on display as he made 666 plate appearances, far more than the minimum 502 to qualify for hitting leaderboards.