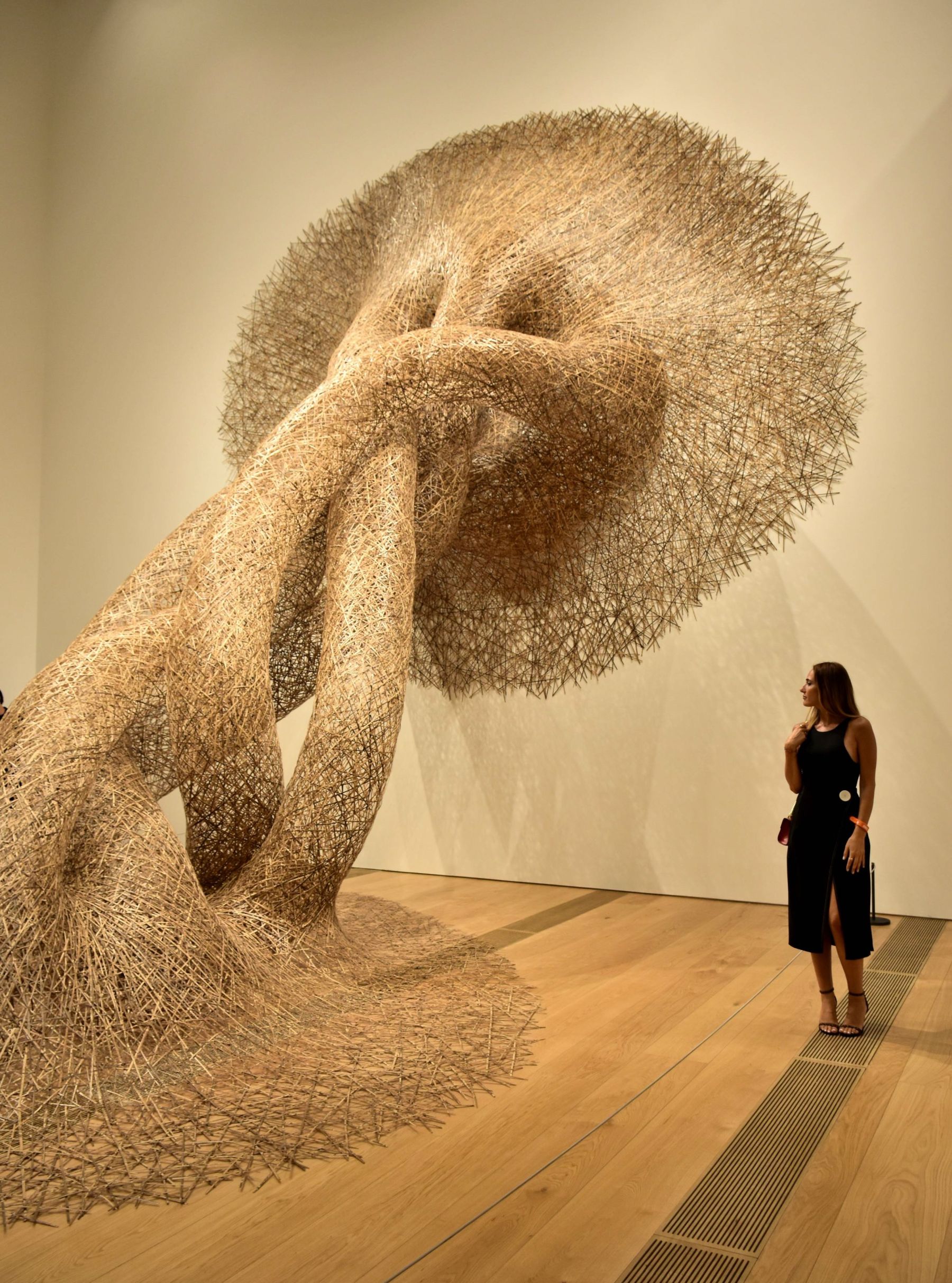 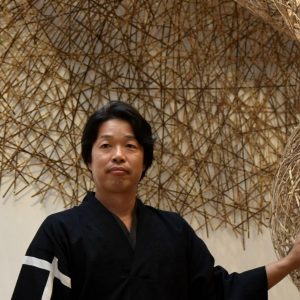 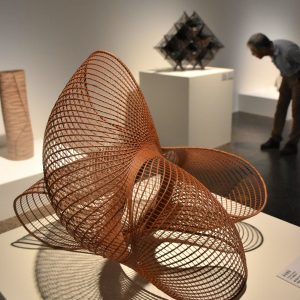 Japanese bamboo art has become a hot sensation overseas, although in Japan such works are viewed more commonly as crafts or items of practical use. A growing number of collectors are amassing impressive collections, mainly in Europe and the United States, but this popularity is almost unknown in Japan.

Overseas, this genre has garnered high praise for artistic merit, transcending the general impression in Japan that they are everyday items.

What is it about bamboo art that fascinates people around the world?

The exhibition, “Japanese Bamboo Art: New York’s Abbey Collection” is now underway at the National Museum of Modern Art, Tokyo. It is a homecoming of the bamboo art exhibition that was hosted from 2017 to 2018 by the Metropolitan Museum of Art (MET) in New York, which attracted 470,000 visitors.

A hand-picked selection of 75 works collected by Diane and Arthur Abbey of New York is being displayed for the first time in Japan. The artworks will be bequeathed to the MET in 2020. Monika Bincsik curated the exhibition.

According to Bincsik, the boom in popularity began in the late 1990s when a magnificent bamboo art collection owned by Lloyd Cotsen was exhibited in New York. Diane and Arthur Abbey were captivated by the artwork’s elegance and beauty, which led them to start their own collection. They continued to build a collection that traces the modern history of bamboo art, visiting Japan multiple times to get in touch with artists to seek their work and purchase artworks by master craftsmen of the Meiji Period.

Large collections of excellent bamboo artwork are now held by major museums in the U.S. Among them are the Boston Museum of Fine Arts, the MET, and the Asian Art Museum in San Francisco, which has 900 pieces collected by Cotsen.

“Americans and Europeans have a different perception and their museums have bigger collections than Japanese museums when it comes to work by contemporary artists,” said Bincsik.

She added: “Americans will look at bamboo crafts like sencha (a type of Japanese tea) utensils and have no idea what they are used for. Instead, they will simply appreciate the beautiful shape, weaving, and sense of balance, perceiving it not as a utensil but as a work of art. This is a big contrast to the Japanese perspective.”

In this way, Diane and Arthur Abbey could freely enjoy their collection as they pleased, placing bamboo baskets with Picasso’s paintings and Giacometti’s sculptures in their home.

Bincsik also noted that while bamboo grows naturally and is used throughout Asia, “only Japanese bamboo crafts have been elevated into the art world.”

Fascination with bamboo art is not limited to the West. The Odunpazari Modern Museum (OMM) opened its doors this month in Eskişehir, a suburban city between Istanbul and Ankara, Turkey. The museum is notable for having been designed by renowned Japanese architect Kengo Kuma, but there is more.

The museum’s inaugural exhibition paired a focus on contemporary Turkish artists alongside contributions from countries around the world. The installation that has become the centerpiece of attention at the museum, though, is from Japan — a very large installation of bamboo art by Japanese artist Tanabe Chikuunsai IV.

To create his installation, the artist stayed in the region for two weeks, weaving together 10,000 bamboo strips of the rare “tiger bamboo” variety with the assistance of four disciples. Its dynamic, organic form embodies the energy of the natural world, overwhelming the beholder. The installation is said to represent the regeneration of the historic city of Eskisehir, and the concepts of tradition and possibility, drawing a parallel with the future of bamboo art.

Tanabe, 46, was born into a dynasty of bamboo artists in Sakai City, Osaka Prefecture. He studied sculpture at Tokyo University of the Arts, then worked as an apprentice under his father. In recent years, he has produced huge bamboo installations in 21 locations around the world, including France, Brazil, and the New York MET’s bamboo art exhibition.

Happy to explain the benefits of his art, Tanabe told us: “Once the exhibition is over, we disassemble the installation into bamboo strips, which we carry to the next location to use for another installation. Bamboo is a recyclable natural material.”

Tanabe went on to share his analysis of why bamboo art has gained worldwide recognition: “Bamboo is a very Asian material, and Japanese craftsmanship is very intricate. Also, bamboo is deeply rooted in Japanese culture since ancient times. Bamboo poles are still used in groundbreaking ceremonies and for kadomatsu, which are New Year decorations. Bamboo art captivates people because we can share Japanese philosophy through it.”

The ‘Deindustrialization’ Crisis of Bamboo Art

Nevertheless, bamboo craftsmanship is at risk in Japan. “There are many artists over 55, but they have not raised a next generation of successors. On top of that, there is no demand for our work in the domestic market,” said Tanabe.

Daily utensils made of bamboo have been replaced by inexpensive plastic products. The decreasing number of young people who participate in formal tea ceremonies and flower arrangement means that expensive bamboo flower baskets and tea utensils don’t sell.

“I found a way into the international art market by showcasing my bamboo crafts as artwork around the world. But only focusing on the international market will cause ‘deindustrialization’ in Japan, causing all the good things we have to flow overseas,” Tanabe added, expressing concern.

In addition to the exhibition at the National Museum of Modern Art Crafts Gallery, Tanabe and his assistants have been focusing on providing opportunities to rediscover the wonders of bamboo. They organized a “bamboo art festival” in 2019 in 22 locations around Japan, mainly in cities.

Bincsik stresses the significance of exhibiting the Abbey Collection in Japan: “First, I want to encourage artists who are creating artwork in Japan. And I hope that it will be an opportunity for many young Japanese people to encounter the wonders of bamboo.”

The exhibition, “Japanese Bamboo Art from New York: The Abbey Collection” is on at the National Museum of Modern Art in Tokyo until December 8. It is scheduled to move to the Museum of Oriental Ceramics, Osaka, next.

Follow this link for additional information about the exhibit at the National Museum of Modern Art.