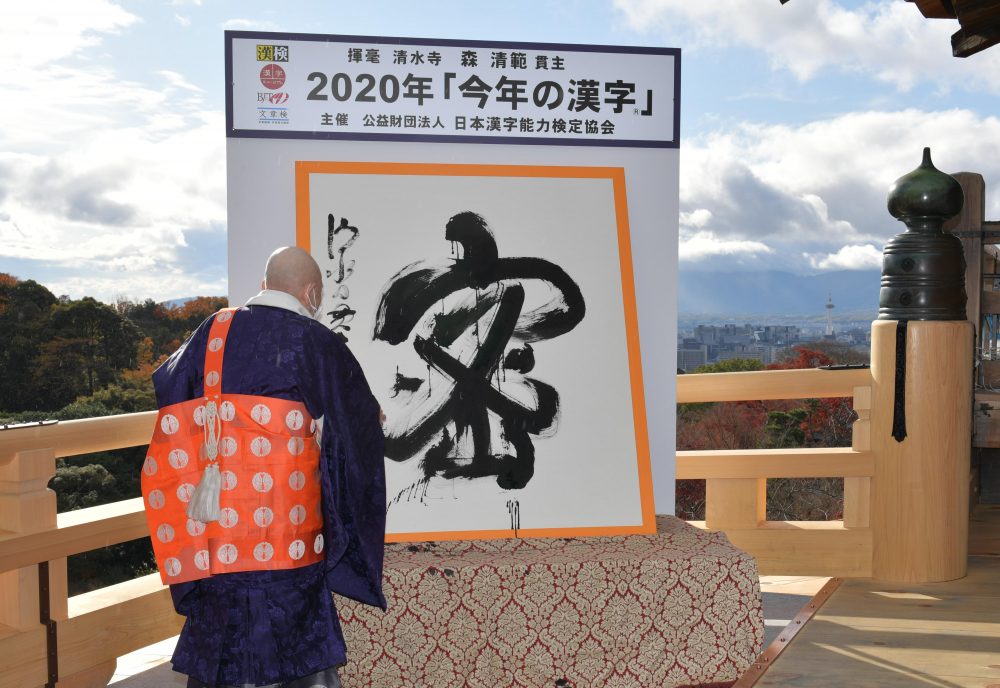 Have you ever wondered if there could be one single word to summarize the whole year, what would it be?

This year, many would agree that it’s Novel Coronavirus, COVID-19.

And it seems that many in Japan agreed with this assessment [change if necessary], with the announcement of the character of the year on December 14.

On December 14, at 2 P.M., at the famous Kiyomizudera Temple in Kyoto, a Buddhist priest on live television wrote 密 (mitsu, which means density or overcrowding) in traditional calligraphy, the Kanji which is felt to best represent the rules we have learned to live by in this year which is about to end. This year’s top choice received more than 208,000 votes.

In Japan, the “three mitsu’s” (three C’s) come from the slogan coined by the governor of Tokyo Yuriko Koike in the beginning months of the pandemic. The term has been incorporated into Japanese life as a universal guide to stopping the spread of COVID-19, the pernicious coronavirus that has plagued the world since early in 2020.  Everyone in the country has learned to avoid these conditions:

Written Japanese is a language with an alphabet of characters based on ideograms, called kanji. This system has the advantage that it can communicate a broader meaning with one single character.

Summarizing this unique feature every year since 1995, the “Kanji of the Year” has been announced in mid-December, and it’s no coincidence that it’s sponsored by the The Japan Kanji Aptitude Testing Foundation.

This year, the announcement at Kiyomizudera was particularly impactful as it took place in a newly unveiled temple where the roof had just been restored for the first time in 50 years, and new wooden boards for the flooring had also been laid out. Kiyomizudera is one of the most popular temples in the city of Tokyo, treasured as a historical site and a tourist location for locals and foreigners alike. 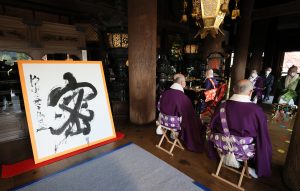 The beautiful “Kanji of the Year” plaque can be viewed at the main hall outside the main hall until December 23 (Wednesday). After the 23rd, it will be exhibited at the Kanji Museum.